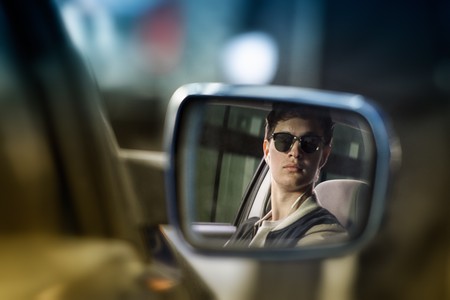 Following on from hugely successful movies like Hot Fuzz (2007) and Scott Pilgrim vs the World (2010), British director Edgar Wright is something of a golden child in Hollywood. His films stir up fervent online chatter and the ultra-cool premise of his latest film will only feed into that even more. Unfortunately, Baby Driver fails to deliver, because it tries too hard to meet those lofty expectations.

The premise is simple enough. Ostensibly a heist film focusing on wheel man Baby (Ansel Elgort), the twist that Wright is far more interested in exploring is playing every beat of the film to the ones his leading man listens to on his headphones, in an attempt to drown out the humming in his ears. Baby suffers from tinnitus, a constant echoing caused by a violent car crash in his youth. Having lost both his parents in the accident, Baby now works for Doc (Kevin Spacey), who organises armed robberies with some of the most violent criminals around. 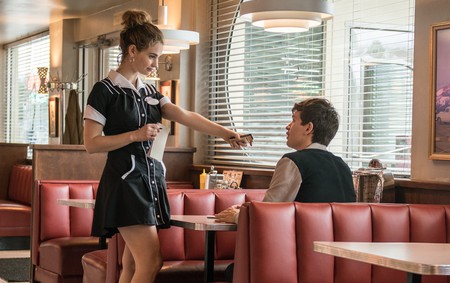 Baby promises his loved ones that he only has to do one more job, but as ever in the world of movies, that’s not going to happen. Violent thug Bats is convinced that the only way to get things done is with a gun, with former getaway driver Buddy keen to get behind the wheel. All this adds up to a whole heap of trouble for the young driver when a job goes wrong, resulting in the crew turning on itself as the police close in.

The plot is functional at best, and to give him some credit, Wright wants it to be that simple. Instead, the real objective here is for the audience to appreciate just how clever the use of music and sound is throughout. And it is impressive, but that’s nowhere near enough to produce a good film. There seems to be a reluctance to look beyond smoke and mirrors with the director’s work, and in the past it hasn’t really been necessary, but with Baby Driver there are some real issues that are sadly unavoidable.

In his previous work, especially with Simon Pegg and Nick Frost, Wright managed to balance the genres he attempted to mash up. Whether comedy and horror as in Shaun of the Dead (2004), or action and comedy in Hot Fuzz (2007), there is enough love for each genre to make it work. Perhaps, then, the director just doesn’t care much for the broody monosyllabic getaway drivers of heist movies that Baby is clearly based on, because the central character comes across as instantly dislikeable and one you never truly root for. 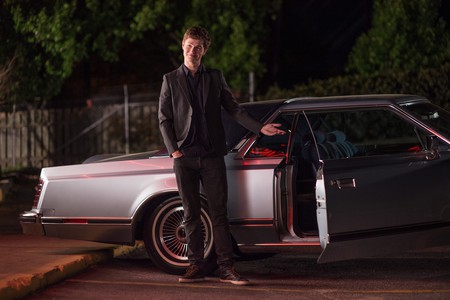 The use of music is undoubtedly clever, but never enough to carry the movie. Elgort, a fine actor, based on previous films such as The Fault in Our Stars (2014) is horribly miscast as Baby. The character wants to be in the vein of Ryan Gosling’s smooth criminal in Drive, but is miles away from that. Another problem is the apparent swerve in who ends up as the main villain of the piece. The set up suggests one person, but through a series of convoluted turns, we end up with the wrong character in the underwhelming climax.

The opening chase sequence is exhilarating and draws you in. It is the best example of how music cues and onscreen action can work together, but the film veers wildly off course immediately after this, with a cringeworthy sequence that sees Baby go on his morning coffee run. The scene in question wants to be (500) Days of Summer (2009) in style, but is actually for more reminiscent of emo Peter Parker in the dreadful Spider-Man 3 (2007).

For a movie that desperately wants you to know how much the filmmakers know, and care, about music, the abrupt edits and half-played songs become a serious irritant.

It’s somewhat fitting. An irritating lead character, irritating use of music and an irritatingly smug tone throughout, all result in a deeply irritating film.

Baby Driver is on general release from June 28. The film was screened and reviewed as the surprise film of the Transilvania International Film Festival.