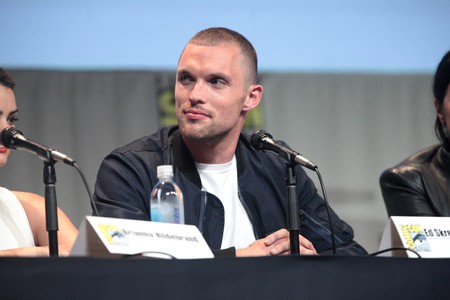 Deadpool and Game of Thrones star Ed Skrein has left the upcoming Hellboy reboot over concerns that his character’s origins will be changed to accommodate a white actor taking on the role.

In a lengthy message posted on his twitter account, Skrein explained his own issues with the casting and mentioned the ‘understandable upset’ that came after the announcement that he would play Major Ben Daimio, who, in the source material, is of mixed Asian heritage.

Here is the full statement:

The actor has been praised for his decision to leave the comicbook adaptation, and even the studio behind the film has supported Skrein’s move.

Hellboy producers Larry Gordon and Lloyd Levin, Lionsgate and Millennium said in a joint statement: ‘Ed came to us and felt very strongly about this. We fully support his unselfish decision. It was not our intent to be insensitive to issues of authenticity and ethnicity, and we will look to recast the part with an actor more consistent with the character in the source material.’

The move has been overwhelmingly praised online, with responses on Twitter supporting the actors stance.

I hadn't been hoping for this. I didn't know to.
And now it's happened.
And I never realized just how much this means to me.
Thank you 🙏

You just set the example we've needed. Thank you. And I will be watching for your next project.

Nice job, dude. Thank you for your letter and your action. It is appreciated.

Recent Hollywood movies Ghost in the Shell (2017) and Doctor Strange (2016) were both criticised for casting white actors in roles that had previously been depicted as Asian.