“Each Click of the Shutter Is Precious”: The Polaroid Artist Who Specialises in a Dying Medium

In the age of smartphones, taking a bad photo has zero consequences – if you don’t like what you see on the screen, you can just delete it and start over. But for Polaroid photographer Cyrus Mahboubian, who takes photographs on a type of film no longer available for purchase, every shot counts and one mistake is one less photo he can ever take.

We live in an Instagrammable world where everything is picture-worthy. People queue for hours to snap a photo pouting in front of a nondescript pink wall and cut into their benedict with painstaking care to capture that perfect #eggporn ooze.

Photography has mirrored the culture of excess. Everyone has a camera in their pocket at all times; everyone is a photographer. There are no limits to how many pictures you can take or to how much you alter them. But what if that wasn’t the case?

British-Iranian photographer Cyrus Mahboubian is faced with exactly that dilemma. He works with Polaroids and owing to his professional-standard instant film – also known as pack film or peel-apart film – being discontinued, he has only 60 photos left until his art practice changes forever. 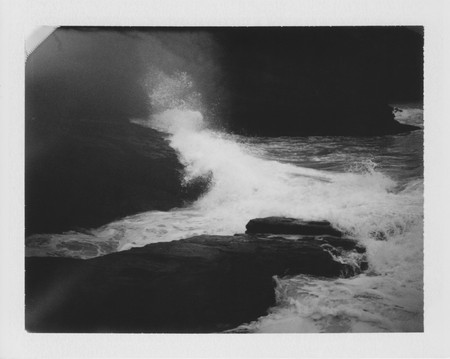 The 32-year-old’s passion for photography was sparked 12 years ago. “When I was 20 my father gave me a Nikon he bought in Japan in the 1970s,” he says. “It was a really beautiful object in beautiful condition and I just fell in love with it.”

Mahboubian, then a student at the University of Bristol, took some photography classes and slowly taught himself to operate the fully manual, analogue device. A few months later, he bought a vintage Polaroid camera and his response to the process was as instantaneous as the photo: “I was hooked from the first exposure.”

Mahboubian still remembers the first image he ever shot on Polaroid. “It was a wintry day in Somerset,” he says. “It was really misty and I took a photograph of this abandoned barn. The Polaroid came out of the camera and I slowly watched the image manifest. A few minutes later, I was holding that photograph I had just shot in my hand. It’s incredible. I still experience that stimulation and I’ve never lost interest in that process. I find it special and magical.” Sparked by the instantaneous yet personal nature of the film, Mahboubian dove head first into his Polaroid practice, shooting a mix of rugged landscapes, seascapes and nudes. His 10.8cm x 8.3cm black-and-white photographs manage to be wild yet serene, making the viewer feel like a secret is being shared with them. This is partially due to his work’s small size, which draws you in to look closely and transports you into that tiny world.

In 2008, just two years after Polaroids got him hooked, the company stopped producing their professional-grade instant film. Determined to keep making the work he loved, Mahboubian experimented with as many alternatives as possible until he found a match. “I came across this professional-standard instant film that Fuji was still making. It’s the predecessor of the iconic square Polaroids which were developed in the ’70s. These are the rectangular, black-and-white Polaroids that I still shoot today.”

Mahboubian was thrilled. “It was the first time, even though I’ve been shooting since 2006 and exhibiting since 2010, that the kind of images I would visualise and imagine in my mind would translate exactly the way I wanted them on to the photograph. The film was a big part of me finding my aesthetic as an artist. It’s really precious to me. It’s my medium.” 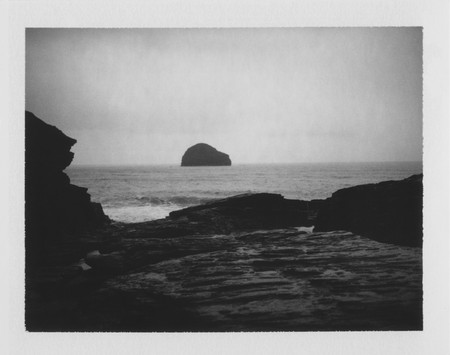 But within weeks of Mahboubian discovering his perfect film, Fuji announced that their product, too, would be discontinued. Mahboubian bought up as much of the film as possible but now has only six packs left. That’s 60 photos – assuming all of the packets are still good; they’re all technically expired.

Meanwhile, billions of photos are snapped every day across the world. But while most of us “take photographs”, Mahboubian “makes” them. There is purpose, creativity and deliberateness in every shot because there has to be. With each click of the shutter, the artist is one tangible photo closer to his last. 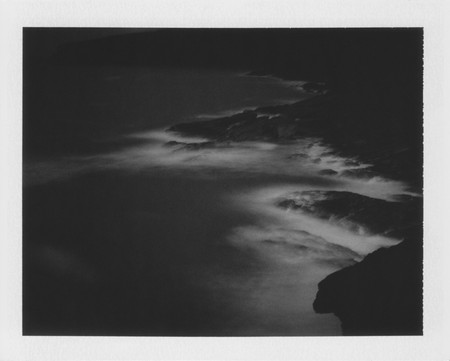 “It’s bittersweet,” he says. “This type of instant film has been important to my development and helped me find my voice as an artist but the fact that it’s finite pushes my process to the extreme. Each click of the shutter is precious, so it has taught me to look more closely at everything and made me a better photographer.”

Knowing his shots are numbered has pushed Cyrus to consider new ways of working with his favourite material. For his most recent body of work, he has gone back to his archives, selecting previously discarded photos, cutting them in half and collating them with another of his photographs to create a composite image. “It’s a way for me to keep working with Polaroids even though I don’t have the film,” he says. 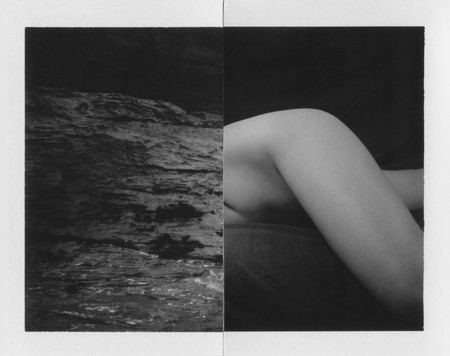 But what does he make of Huji – the app that imbues images with a distinctly Polaroid vibe? “I often get asked if I’m annoyed with these apps or with Instagram because they make it easy to replicate a nostalgic vintage aesthetic,” he tells us. “But actually the average young person is more photo-literate than ever and probably has an interest in contemporary art just from being on Instagram so I think it’s a good thing.”

His hope is that people will begin to realise that pictures on a screen should not be replacements for physical photographs. “The reason we felt so moved by our family photo albums that we all had growing up is because they’re physical. We know those photographs were printed and looked at and loved. When you view a photograph on a screen, you don’t encounter it in the same way. It’s not the same experience. You experience it differently when you hold it.” 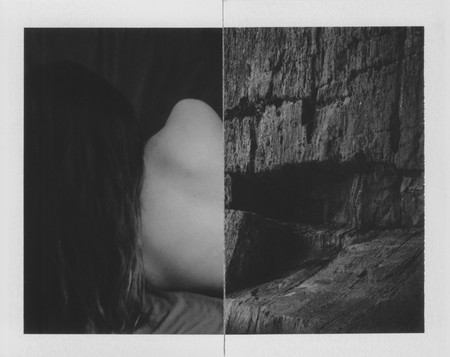 To Mahboubian, it’s the creating and holding of the photograph itself that makes his Polaroid practice, however fleeting, all the more special. “The physical photograph comes into existence in the moment and it’s an original. The light actually enters the lens of your camera and touches that paper and then you put it in your pocket. If you view that photograph in 10 years’ or 20 years’ time, you’ll know that it was there with you on the very day you chose to make it. The light you were seeing that day, those lightwaves entered the camera and touched that actual piece of paper. It’s a really special idea. It makes them sentimental.”