Disney Vs. Pixar: Battle Of The Animation Giants

Animation has entertained mankind for centuries, even before the invention of film – beginning with artists like Leonardo da Vinci (have you ever noticed how the ‘Vitruvian Man’ looks like he’s waving his arms?), moving on to the spinning Zoetrope in 1834, and later the simple Flip Book. These days, animation has become evermore breathtaking with each new film release — but which studio is the ultimate animation giant, Disney or Pixar? 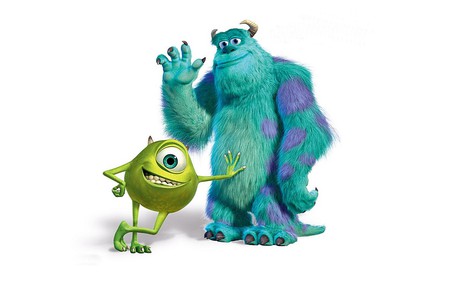 There will always be a small place in our hearts for the original Disney Princess films — Snow White, released in 1937, being the veteran example. Prince Charming may be a slightly outdated concept, but that doesn’t mean we can’t still relish the fabulous reworking of the classic Grimm Brothers fairy tale. As for Pixar, it may be playing it a little fast and loose with the term ‘classic’, but given that the studio released its first feature film in 1995, it seems legitimate to call Monsters, Inc., which came out in 2001, a classic. Sully and Mike Wazowski’s heroic and heart-warming struggle to return stowaway human Boo to her world, while simultaneously exposing Randall’s evil plot to power the Monstropolis with the formidable Scream Extractor, will always light up a family film night. 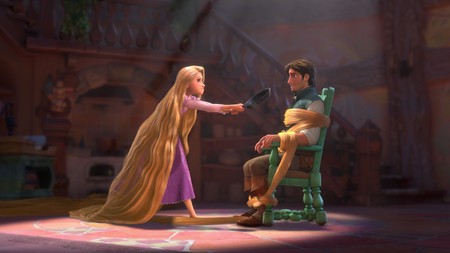 The Best Romance: WALL-E vs. Tangled

WALL-E is an extremely intelligent film, not only envisaging the dystopic future that our consumer society and lack of environmental consideration may lead to but also conveying its message using very little dialogue. The animation presented one of the most adorable love affairs of all time, between the shy and bashful eponymous hero and the high-tech, and initially hostile EVE. Tangled on the other hand offered viewers Flynn and Rapunzel, a Disney couple that epitomises our‘relationship goals’. In this film all about following dreams, they become each other’s; not only do they have the most hilarious first meeting (who doesn’t want to introduce herself to her future boyfriend for the first time by smacking him over the head with a frying-pan?), but their relationship culminates in Flynn nobly sacrificing his own life for the sake of Rapunzel’s release from her tyrannical adopted mother.

Fed Up With Romance: Monsters University vs. Fantasia

If you’ve recently had your heart broken, it can be difficult to find a film that doesn’t rub happy couples in your face, even if you avoid the romcoms altogether! However, both Pixar and Disney have you —and your shattered heart! — covered. Monsters University, the long-awaited sequel to Monsters, Inc., is nothing but laughs and adventure all the way through, following as it does the story of Mike and Sully’s blossoming friendship while they train to become professional scarers. If you’re after something a little more highbrow, Disney’s Fantasia showcases eight inventive short animations, one of which features none other than Mickey Mouse as the famous ‘Sorcerer’s Apprentice’. Each animation is set to a rousing piece of classical music by Bach, Beethoven, or Tchaikovsky, among others.

The Tearjerker: Up vs. The Lion King

While both Disney and Pixar are for the most part champions of escapism, sometimes there’s nothing more cathartic than a good sob in front of an animated movie to help you confront and overcome the turbulent vicissitudes of life. Can anyone solidly claim to have sat through the opening sequence of Up and not welled up at the end of the montage of Carl and Ellie’s life together, set to Michael Giacchino’s evocative score? Similarly, no matter how many times you’ve watched it, the death of Mufasa in The Lion King still hurts. And to make it worse, there’s always that little smidgen of naïve hope inside you that Mufasa might escape with Simba when he rescues him from the gorge, that Scar might not throw him into the stampeding herd, that he’ll wake up when Simba rushes to his side… 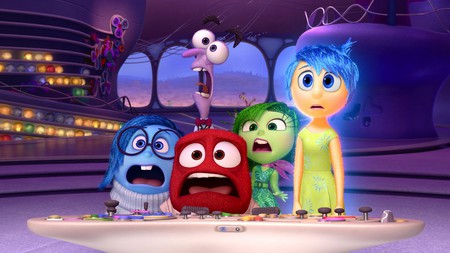 Most Innovative: Inside Out vs. Frozen

Two of the most talked about films in the recent animated catalogue, both Pixar’s Inside Out and Disney’s Frozen have taken the public by storm. The concept for Inside Out is striking – who would have ever thought that an adventure that takes place almost exclusively inside the brain of an eleven-year-old girl could make for such stunning entertainment? The film found the perfect balance between fantasy and real-life, personifying what psychologists identified as the five core emotions – Joy, Sadness, Rage, Disgust, and Fear. While Frozen may seem a little less original, Disney gave it one crucial twist by reworking the concept of true love. The bond between Elsa and Anna showed a generation of little girls that there was more to true love than just a soppy kiss, enabling them to grow up in the knowledge that finding your Prince Charming isn’t the be all and end all. On top of this, it had a stellar soundtrack – and no matter how fed up of ‘Let it Go’ you claim to be, we know you’re secretly loving it! 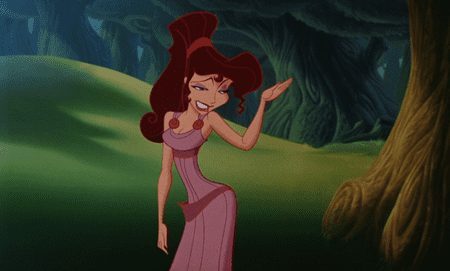 Feistiest Female: Meg from Hercules vs. Merida from Brave

‘I’m a damsel, I’m in distress, I can handle this. Have a nice day!’ While we’re on the topic of strong, independent women, Meg from Hercules must not be forgotten as the original Queen of Sass. In the Greek myth Meg was granted to Hercules as a gift from her father, but Disney’s heroine is much too free-spirited for that. She’s quick-witted, cynical, and more sarcastic than Chandler Bing – not your typical Disney damsel. Also, give Merida from Pixar’s Brave some credit. Merida is heiress to the throne of the Dunbroch clan in medieval Scotland and is traditionally expected to marry a suitor of her father’s choosing. She controversially competes for her own hand in marriage and smashes each and every suitor at an archery contest which, after a rather large kerfuffle involving the imprudent changing of her mother into a bear, eventually leads to a breaking of the restrictive and outdated tradition. 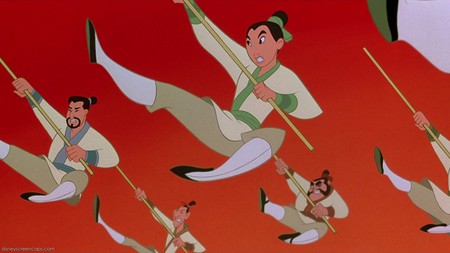 Choosing only one song each for this category can by no means do justice to the vast inventory of timeless anthems that Disney has to offer. However, ‘I’ll Make a Man Out of You’ from Mulan surely has to make it into the top ten. Catchy, playful, and with a lively accompanying visual sequence in which Mulan rises above the abilities of her male cadets, it’s the perfect soundtrack when you’re in need of some motivation. Pixar’s ‘You’ve Got a Friend in Me’ from Toy Story is a much more mellow tune and again one that will never get old. For generations to come, the best of friends will be slurring it into one another’s ears at birthday parties or even just a Tuesday.

Fans of one of Pixar’s best loved characters, Dory from Finding Nemo, have been thrilled to discover the imminent release of the sequel, which will focus on Nemo’s amnesiac sidekick. Dory suddenly experiences a burst of memory, which prompts her to set out to find her long lost family, and the film documents the friends and adventures she meets along the way. Along with this, rumours have flown around Disney after the corporation bought the rights to a film based on the life of Charles Darwin, primarily focusing on his years aboard the HMS Beagle, some of the most crucial years in the young naturalist’s development into the father of evolutionary theory. If the production goes ahead, filmmakers certainly won’t be short of material: from the dramatic landscapes of the Galapagos to Darwin’s rocky relationship with the captain of the ship, Robert Fitzroy, to the voyage’s run ins with storms and bandits, it promises to be a thrilling tale like no other.