Spice Up Your Life With These Chillies From Around the World 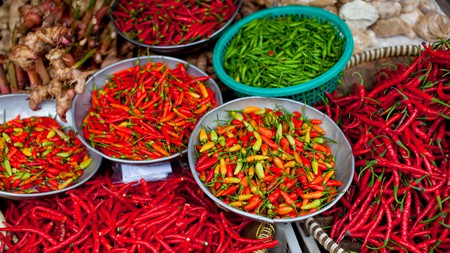 There are over 4,000 types of chillies from around the world | © Cameron Cope / Alamy Stock Photo

There are more than 4,000 varieties of chillies in the world, and they all vary in levels of heat. Here are a few of our favourites, guaranteed to add a kick to any dish.

There are thousands of chillies that all play their part in the world of spice. They come in all sorts of shapes, sizes and colours, and can be found growing in different parts of the world. The varying levels of heat and spice is measured using the Scoville scale, which starts at 0 – where you’d find your non-spicy bell peppers – and goes all the way up to around 3m – where you’ll find the world’s hottest, such as the Carolina Reaper.

If you’re looking for a sweeter, milder chilli which is perfect for pickling, the Peppadew® Piquantè Pepper should be your go-to. This specific variation of this chilli is grown in the Limpopo province in South Africa, and the flavour is so unique that the growers have trademarked the name Peppadew®. They look a bit like cherry tomatoes and measure between 1,100 and 1,200 Scoville Heat Units (SHU), making them the perfect chilli to snack on. 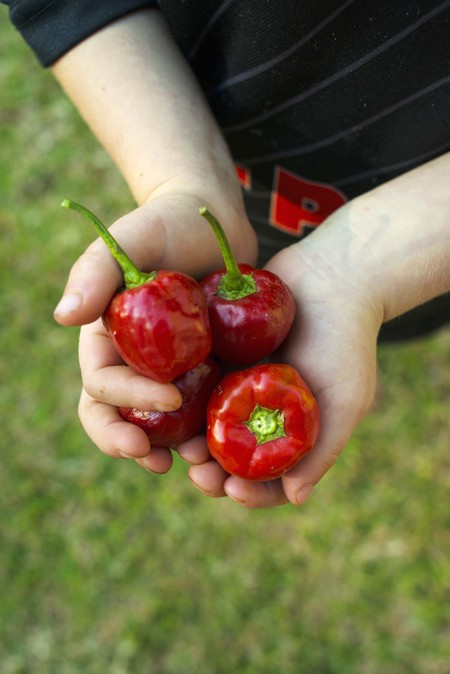 The ghost pepper is one of the spiciest chillies in the world, and is cultivated in Northeast India. Apparently, the Indian army even used ghost peppers to create chilli grenades – that’s how spicy they are. They measure a whopping 1m SHU and have been known to hospitalise some who have dared to taste them. Indian residents have also used ghost peppers to repel disruptive elephants, smearing them across fences to stop them destroying villages and becoming a danger to people. 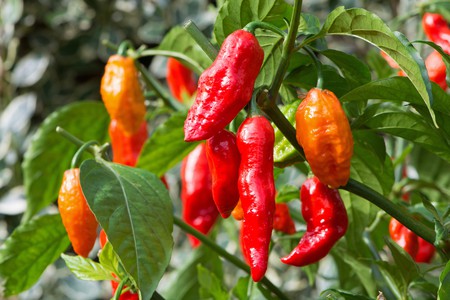 The pink tiger is known for being the rarest chilli in the world. Starting off dark green in colour but later becoming freckled with purple and pink markings, you’ll also find them in a cream or peach shade. They were first developed in Italy as a cross between the bhut jolokia (ghost chilli) and the pimenta da neyde, which originated in Brazil and is a beautifully rich purple colour. The pink tiger comes in at around 200,000 to 350,000 SHU, so it certainly has a kick to it.

Jalapeños were cultivated in the city of Veracruz in Mexico but are now grown widely across the world and used in all sorts of dishes. They’re usually green, but if you let them ripen for long enough on the plant, you’ll find a red chilli with a sweeter taste. They’re a good chilli for amateur spice lovers, as they measure between 2,500 and 8,000 SHU, so they’re mild but still pack a bit of a punch. 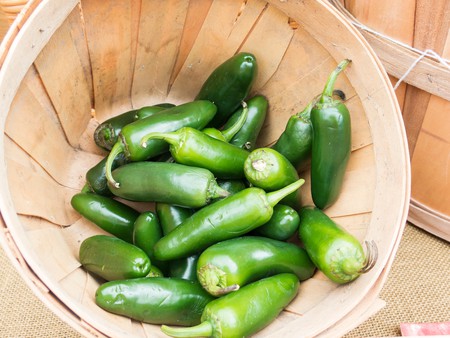 Named after the city of Cayenne in French Guiana, where it originates, the cayenne pepper is one of the most widely used peppers in the Western hemisphere. Whole chillies are ground into cayenne pepper, which is used to season all kinds of foods, from pizzas to devilled eggs. Cayenne peppers range from 30,000 to 50,000 SHU, and at their spiciest are around 10 times hotter than your average jalapeño, so be sure to have a glass of water at the ready if you’re feasting on these anytime soon. 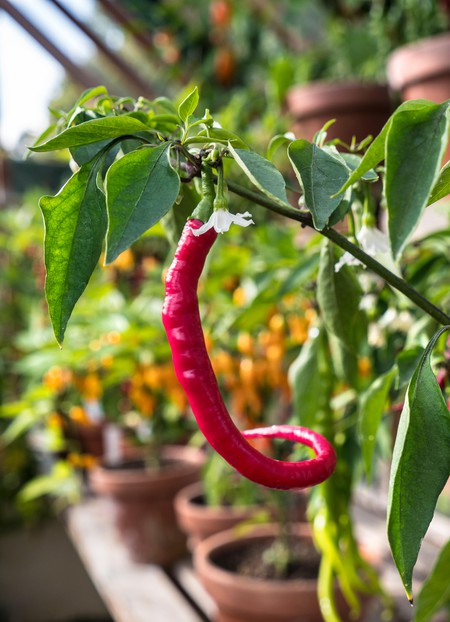 This versatile chilli originated from Peru and has a distinct lemony flavour to it. It measures between 15,000 and 30,000 SHU, so the heat is certainly there, but it’s not as powerful as some of its distant chilli relatives. It’s super popular in Peru as a tangy addition to meals, and the heat doesn’t linger like other chillies; it gets straight to the point and you’ll feel the spice right away, before being hit with a bitter zest. 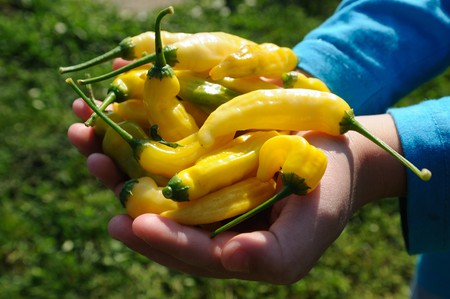 Fatalii chillies grow up to three inches (7.5cm) long and are most commonly a deep shade of yellow, although you’ll also find red and white variations. They’re produced in Central and Southern Africa and have an intense level of heat to them. Fatalii chillies create a deliciously spicy salsa or marinade when raw, or can be cooked into a hot, sticky pepper jam. They are supposedly 80 times hotter than a jalapeño, commonly measuring between 125,000 and 325,000 SHU. Yikes.

The intense and unique flavour of isot peppers, or urfa biber as they’re sometimes known, makes them a desirable spice in dishes all around the world. They’re produced in the Şanlıurfa region in Southeastern Turkey. Isot peppers have a subtle heat and smokiness combined with a slight sweetness, but the more you eat, the more the heat builds up. They range from 30,000 to 50,000 SHU, so they’re similar in spiciness to the beloved cayenne pepper and jalapeño. 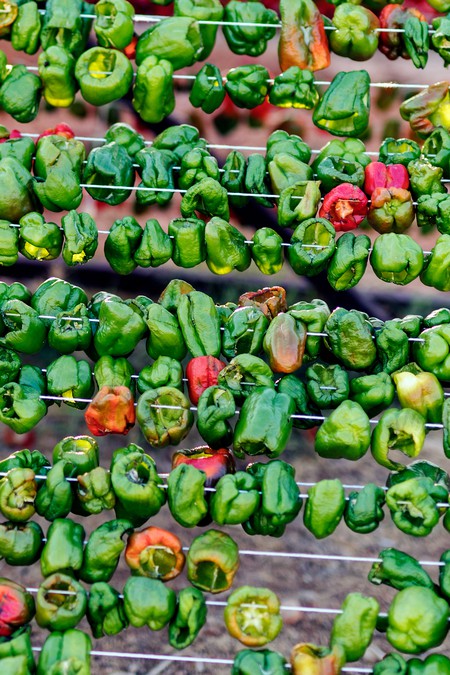 The Poblano is a popular choice of chilli hailing from Puebla in Mexico. It’s famed for its thick skin, ideal for stuffing, as well as its emerald green colouring which later ripens to a ruby red. Once dried, they become ancho chillies, which have a fruity flavour perfect for making a chilli sauce. Poblano chillies have a mild to medium heat, measuring between 2,500 and 8,000 SHU. 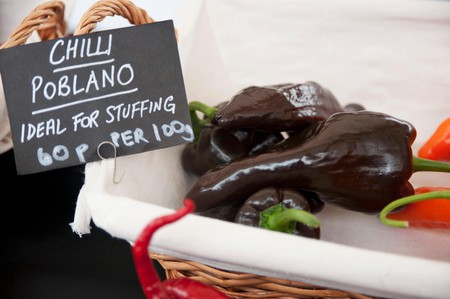 Fancy turning up the heat in the kitchen? Try out a virtual Indian cooking class.