Devon or Cornwall: Where Should You Holiday? 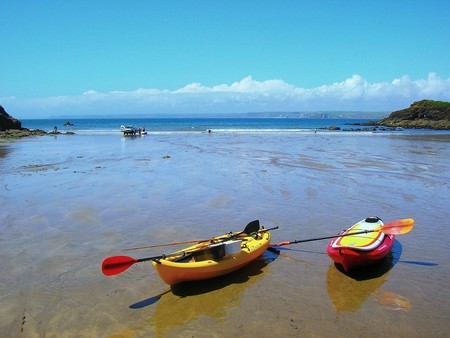 The never ending debate over Cornwall and Devon: which county has the best food? Beaches? Culture? Art? While North Devon’s giant cliffs are a windswept and wild wonder, Cornwall’s coastlines twist and turn and throw up Poldarkesque vistas at every dip of the South West Coast Path. Choosing between these two sublime counties is a tall order, but we’re here to break them down, bit by bit, so you don’t have to.

As a county surrounded by the sea on all sides, bar the one it shares with Devon, Cornwall has plenty of beaches. And boy, are they magnificent: think the Caribbean-like Porthcurno and its turquoise waters, the magical Nanjizel, long and sandy Praa Sands and beautiful Trebarwith Sand. Then there’s Perranporth with its waves perfect for surfing, Portreath for it’s stunning views, Porthtowan to get away from it all, and Trevaunance for the hipsters. Polzeath, Trevone, Porthcothan, Charlestown, Sennen, Coverack, Gwithian, Padstow, Gyllingvase and Treyarnon are also all wonderful, sandy, and lapped by Atlantic waves.

The two Devon coasts have two wildly different personalities. In the north, the beaches are backed by dramatic cliffs and rolling sand dunes, and are home to the famed surfing spots of Croyde, Woolacombe, and Saunton Sands. The south coast offers a gentler, greener alternative, and as you enter the South Hams, the hills roll onto the golden beaches with seamless effort. Recline in Hope Cove’s sheltered sands, scramble down to find a private spot around the East Prawle headland, or wander across vast Bantham. Then there’s Bigbury on Sea, Slapton Sands, and private East Portlemouth on the estuary opposite yacht-y Salcombe. 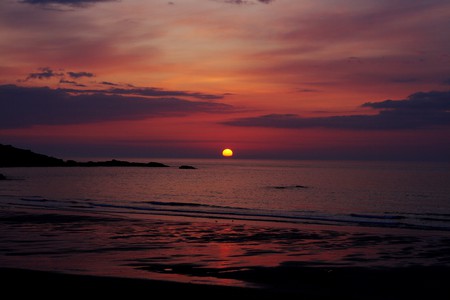 Art to Cornwall is what pasty crimping is to pasty makers; it goes hand in hand. Every road, street, alleyway, courtyard and garden has a gallery, handmade jewellery shop, local pottery, or hand-stitched handbag workshop. Cornwall is one of those places which inspires creativity. Barbara Hepworth loved it so much, she set up shop in St Ives. Daphne du Maurier wrote her novels here. Kenneth Grahame is said to have found his inspiration for Wind in the Willows on the banks of the River Fowey. The beach at Gwithian inspired Virginia Woolfe’s The Lighthouse. John Miller painted the Duchy’s exquisite beach scenes and immortalised them on canvas. Do we need to go on?

Devon has some serious claims to fame when it comes to the music industry. Muse’s Matt Bellamy is from Teignmouth, Joss Stone is from Ahill, Ben Howard from Totnes, Seth Lakeman from Buckland Monochorum and Coldplay’s Chris Martin from Exeter, just to name-drop a few. Damien Hirst also has some serious influence in north Devon, and was trying to build an eco-friendly town just outside of Ilfracombe until very recently. For art, Totnes is a town which is overspilling with creativity, and has little art shops almost every few metres up the high street.

Not only is Cornwall home to the pasty, stargazy pie, saffron bun and cream teas, it also has a steady flow of Michelin Star and AA awarded chefs and restaurants. Rick Stein has pretty much taken over the village of Padstow, with his range of seafood restaurants, bakeries and a fish and chip takeaway. Nathan Outlaw’s two Michelin Star establishment in Rock is to die for, and Ben Bass owns the culinary scene in Fowey. But Cornwall’s foodie gems are often found at pop-up food events on top of cliffs, at beach shacks hidden in coves, and straight out of the sea from the morning’s catch. Cornwall prides itself on its local produce, and more often than not, your steak, veggies, seafood, fish, meat and preserves have all be made, grown, or reared in Cornwall itself.

Devon, too, is proud of its cream tea, but its food heritage is slightly different to Cornwall. Of course, the seafood, meat, and vegetables are almost always local, and come straight from the garden, field or sea and straight on to your plate, but with Dartmoor at the heart of this county, it is dominated by a more earthy taste than Cornwall. Hugh Fearnly Whittingstall’s River Cottage sits high in the hills near Axminster, while the 2 Rosette Two Bridges pumps out stunning food in the heart of Dartmoor. Michelin Treby Arms in Sparkwell is a delight, and of course, The Oyster Shack at Bigbury cannot be missed. Plymouth hosts at least one food festival a month (often more in the spring and summer months), and celebrates vegans, veggies, BBQ enthusiasts, cake lovers, carnivores and even boozers alike.

Winner: It’s too difficult to decide. Both! 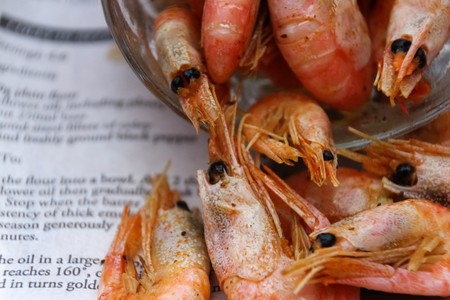 Cornwall isn’t known for its wild places, and is more often associated with Padstow and Rick Stein. But don’t be fooled. Bodmin Moor, with its tales of beasts and a bloody history about its prison, is a barren, gloomy expanse of land, dotted with tors, rocky outcrops, stone circles and stone age relics. Then there’s Madron Moor, which spreads from the back of Penzance and St Ives, all the way out across the north coast to the south. Here, there are remnants of mining history and abandoned engine houses, miles of bracken, and even more stone circles. Of course, the coast around the Lizard Peninsula is pretty far out of the way from the rest of the Duchy, and is often battered by the elements, but you won’t have to go far to find a cream tea.

Rugged Dartmoor fills the centre of Devon like a rocky, damp, mizzly, barren, bizarre centre, sandwiched between two beach-lined coasts. Dartmoor is full of surprises, from ancient and gnarly Wistman’s Wood, to the tiny church atop Brent Tor, to Lydford Gorge and the Devil’s Cauldron. Dartmoor is also the only place in England where it is legal to wild camp, meaning that nobody will move you on if you get found around a campfire. Then there’s Exmoor, Devon’s other wild moorland. Exmoor is often overshadowed by Dartmoor, but it’s just as rugged, just as wild. This north easterly moorland spills over into neighbouring Somerset, and also meets the sea on Devon’s most northern coast. For wild coastline, it’s all about Hartland Quay, where giant cliffs rise out of the sand, waterfalls crash to the sea and ruins overlook that endless horizon. 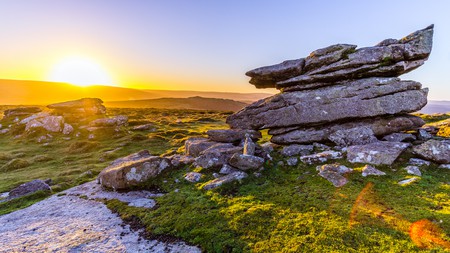 Cornwall is practically a county built on seaside towns, and each has its own quirks, quips, cutesy galleries and tiny streets to get lost in. Mousehole, all the way down in south west Cornwall is not to be missed, and St Ives, with its galleries, eateries, pubs which spill onto the streets, and beaches is on every Cornish bucket list going. Then there’s Padstow in the north, which hugs a harbour facing pretty Rock on the other side of the river. Fowey ambles down the leafy hill and onto the estuary, while Charlestown is reminiscent of pirates swigging rum in the streets before setting sail for the Caribbean. Buzzing Falmouth is filled with bars, music, and shaded coastal walks, Porthleven is a storm-watcher’s dream destination, and Polruan tumbles down the hill in the sea.

Seaside towns aren’t really one of Devon’s strongest points. Of course, there is lovely Clovelly on the north coast, which hangs onto the steep cliff and cobbled stones its built on. Then there is Appledore not far away, which has a great seaside pub, lots of tourists and a premium on purchases. In the south is Paignton, Torquay, Dartmouth, and Seaton, which are all perfectly charming, but not as stunning as Cornwall’s. 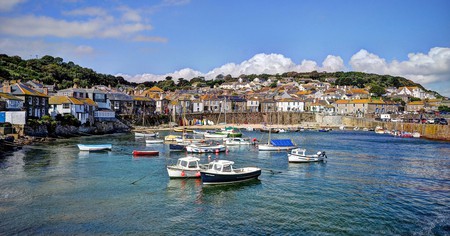 With just one city, Truro, Cornwall ain’t exactly cosmopolitan, and shopping options are limited. Saying that, Truro is littered with bistros, bars, and restaurants which offer a slightly different feel to those found elsewhere in the county.

Devon’s two cities, Plymouth and Exeter, have a Jekyll and Hyde feel about them. Exeter, with its hard-to-get-into university, polished streets, high-income residents and upmarket establishments, attracts a high caliber of people. Drink G&Ts on the canal, or lounge in the shadow of the cathedral on the green. The shopping here is also excellent. Plymouth on the other hand, just an hour down the road, is a city that was flattened in the war and built back up in grey concrete. It’s an ugly city with little aesthetic appeal, but has a rolling hill of green which bursts out of the city and falls into the sea, where there is a lido, pebbly beach, and outside bars serving crisp cider in the sun. Don’t let Plymouth’s looks put you off, however: the music and arts scene in the Ocean City are booming with a thriving creative community, and there are more indy food festivals than you can shake a gourmet sausage roll at. 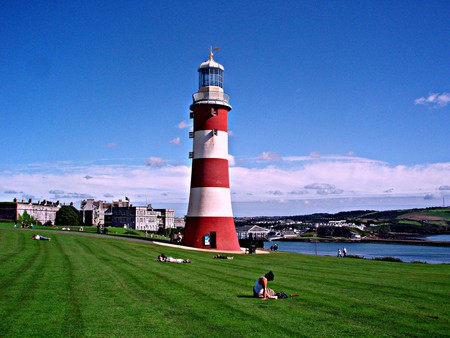