David Brent Movie: Not Funny, But Here’s Why You Have To Watch 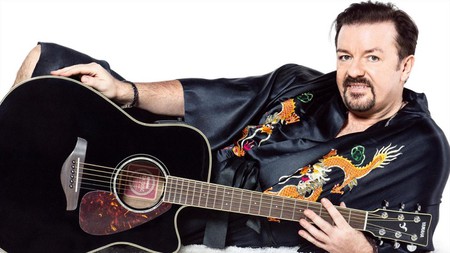 Ricky Gervais’ greatest creation is back with David Brent: Life On The Road, a movie spin-off that sees the sitcom favourite going solo on the big screen. Many have tried, and often failed in trying to recapture TV glory on film, so how does Brent cope outside of The Office?

Thirteen years since we left the fictitious Wernham Hogg Paper Company in Slough, England, the hapless manager David Brent has moved on. Only he hasn’t. He still finds himself desperately yearning for fame with his band Foregone Conclusion and it’s slowly driving him out of his mind. In an attempt at one last hurrah, he pours his dwindling pension funds into a tour that will hopefully kick-start the music career that has so far eluded him.

Gervais has repeatedly stated that the iconic character he spawned is far removed from him in real-life. He has quipped that he ‘looks like Brent and sounds like Brent, but that can’t be helped…’ 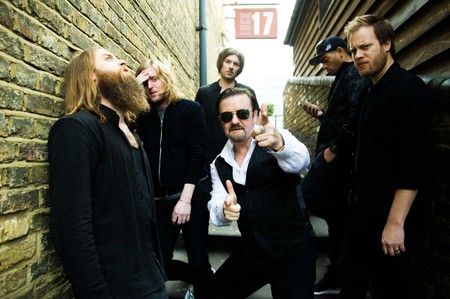 What is abundantly clear now, though, having watched this slight cinematic effort, is that the persona we saw on TV was actually more of a joint creation between Gervais and his then-regular writing partner Stephen Merchant. Brent’s DNA has changed so significantly in this solo venture that it’s hard to recognise anything from the BBC series.

Now working as a sales rep, as briefly seen in the two-part Christmas special that concluded the sitcom on TV, Brent has picked up so many ticks and unfamiliar mannerisms that he is now an entirely unknown entity. Gervais has taken on the writing and directing duties on his own for this film, something he previously shared with Merchant – and the lack of his partner is to the detriment of this project. Life On The Road is nowhere near as funny or as nuanced as its predecessor. 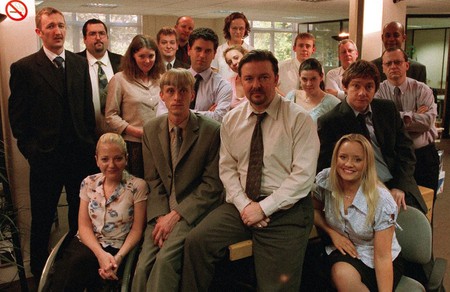 Ever since Merchant and Gervais split, amicably by all accounts, neither has hit the highs of their early success. A stint hosting the Golden Globes aside, Gervais’ attempts at film stardom have floundered, most recently with this years abysmal Netflix film Special Correspondents.

Merchant has also struggled. Having previously been typecast as the lanky sidekick in a number of ineffective comedies, his own TV series Hello Ladies was at best an homage to Extras – the award-winning follow-up to The Office he also starred in – but it failed to get past one season in the US.

Given free rein with Brent, Gervais has essentially morphed the character into Derek, another one of the comedian’s inventions and one he feels particularly defensive over. When Brent was at Wernham Hogg, he was never the simpleton we see in this movie. There was a cast of relatable, identifiable characters peppered throughout the show, each taking it turn to be the butt of the jokes – something that’s lacking in the movie.

We don’t care about the meek secretary subtly trying to tell Brent she likes him. We don’t know enough about the workplace bullies that are pushing around the other members of staff that are close to David. We don’t feel invested in the payoff for both these subplots at the end of the movie because we haven’t seen enough of them.

Yet David Brent has something else going for it that the series didn’t. When the gurning and odd noises are stripped away from his performance, there is a touching warmth that exudes from the character.

Gervais tackles the subject of mental health with poise and sensitivity, showing us just how low Brent has been since he lost the job he held so dear. It’s in this moment, where Brent candidly talks about the anguish he is feeling, and in another when we see a brutally honest assessment of his isolation that haunts him, where the actor truly shines. 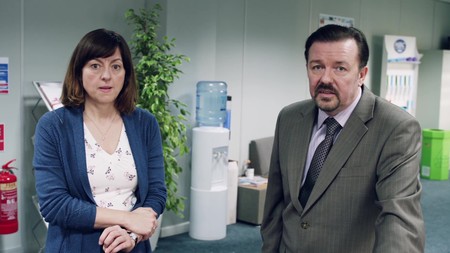 Brent’s back in the office | Entertainment One

The tour at the heart of the film sees Brent surrounded by musicians who are there purely for the money. They think he is a joke, with the exception of Dom Johnson (played by Doc Brown, aka Ben Bailey Smith), a rapper who believes he is destined for the big time.

Brent clings onto the hope that he too still has a chance of making it, a deliberate acknowledgement of celebrity culture and reality TV. We know how dismissive Gervais is of this side of fame as it has formed the basis of one of his hugely popular stand-up routines, although it has been something that has been prevalent in all his work since the very first episode of The Office.

In his own mind, Gervais is making a grand statement about the state of entertainment today. Unfortunately it’s not a new message. We’ve seen many times before not only through social media which the actor uses extensively to comment on everything these days, but also in the finale of Extras where the show’s main protagonist found himself trapped in a reality show as he assesses all the mistakes he’s made in life. We know how Gervais feels about the contestants on The X-Factor and Big Brother, and how he is convinced they are being used by unscrupulous producers as well as the public at large. 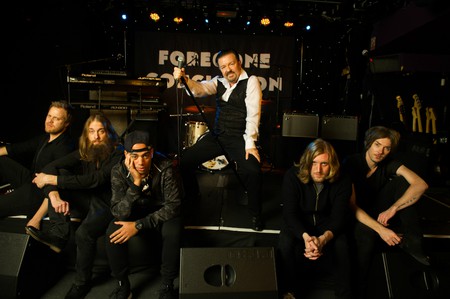 David Brent with his band Foregone Conclusion | Entertainment One

Where Gervais does astoundingly well is with his emotional depiction of a man suffering from depression. Brent has social anxiety that he masks with humour and finds that this alienates him from most people around him. Even when someone does show him genuine affection, like Dom, he is unable to see it because of his incessant need to please others.

Electrifyingly delivered, this aspect of the movie hits the audience hard because Gervais insists on destroying the legend of Brent, one that has been built up over many years, only to slowly resurrect him again with tiny glimmers of hope and optimism.

Don’t go into this expecting a comedy in the style of the original 2001-2003 series. David Brent: Life On The Road is much more like seeing the systematic dismantling of an old acquaintance. At time it pains to be a part of it, but it’s almost impossible to look away from Gervais’ best performance ever.

David Brent: Life On The Road is on general release from August 19