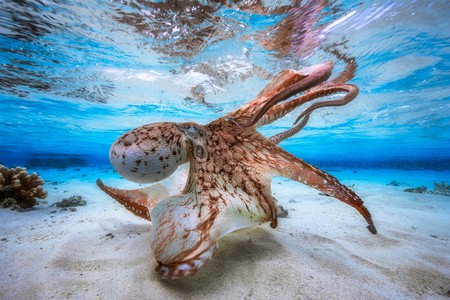 A picture of a hunting octopus claimed the top prize at this year’s Underwater Photographer of the Year competition. The winning entry was captured by French diver Gabriel Barathieu in a lagoon on the tiny island of Mayotte in the Indian Ocean.

Barathieu explains, ‘I had to wait for a low spring tide when the water was just 30cm (12 inches) deep so that the octopus would fill the water column. I got as close as possible with a wide-angle lens to create this image, which makes the octopus look huge.’

According to competition judge and experienced underwater photographer Alex Mustard, ‘Dancing Octopus’ triumphed over 4,500 other entries for the way it captures how an octopus ‘moves so differently from any predator on land’. ‘It was taken in knee deep water, showing that underwater photography is open to anyone prepared to dip their toe in the water’ he added.

The title of British Underwater Photographer of the Year 2017 went to Nick Blake. His photo ‘Out of the Blue’ was taken in a freshwater sinkhole in Mexico, known as the Chac Moole Cenote. ‘Underwater photographers can move freely in three dimensions, so I adjusted my position in the water to capture the symmetrical framing of the light beams by the rocks,’ he explains. 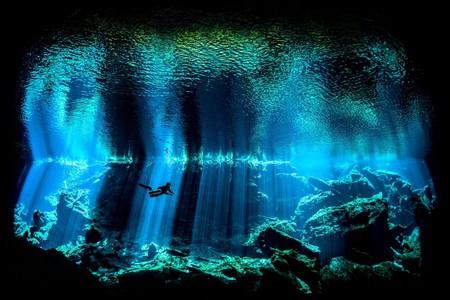 Up and Coming Underwater Photographer of the Year 2017 went to Argentinian Horacio Martinez for ‘Oceanic in the Sky’, taken in Egypt. ‘I noticed this oceanic whitetip shark patrolling in the distance and exposed for the sun beams, and was pleased by the dreamlike effect. Oceanics are great subjects for close-ups as they are anything but shy. Yet I wanted to capture their apparent loneliness in the big blue.’ 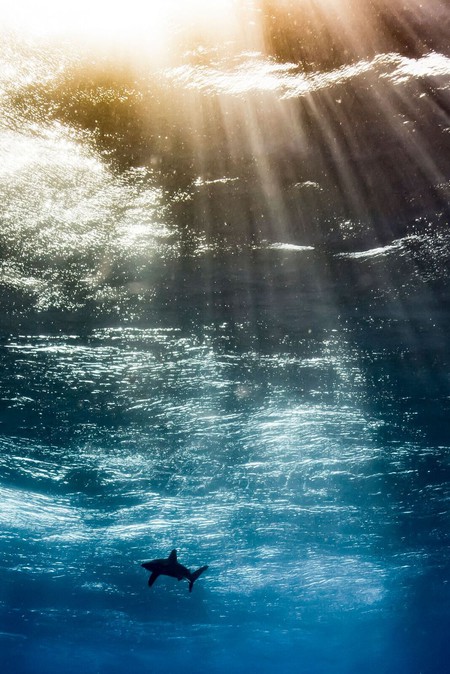 Other winning entries include Melvin Redeker from the Netherlands who won the British Waters wide angle category with the first photo of orca (Killer Whales) taken in Shetland in the UK. Nicholai Georgiou won Most Promising British Underwater Photographer 2017 for his image ‘Orca Pod’ taken in northern Norway. Chair of the judges Peter Rowland summed up the image saying ‘I’m jealous’. 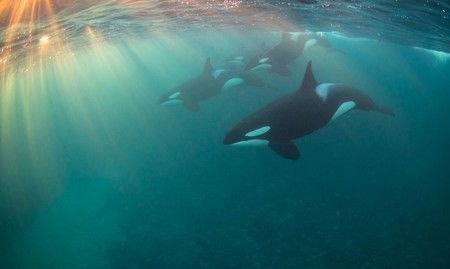 Underwater Photographer of the Year is an annual competition that celebrates photography beneath the surface of the sea, lakes, rivers and even swimming pools. The first award went to British photographer Phil Smith in 1965. Today’s competition has 10 categories, testing themes such as Macro, Wide Angle, Behaviour and Wreck photography, as well as three categories for photos taken in British waters. Here are some of the other winning entries from this year. 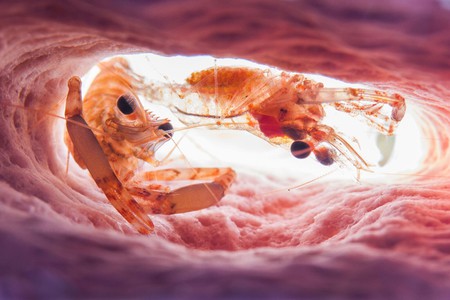 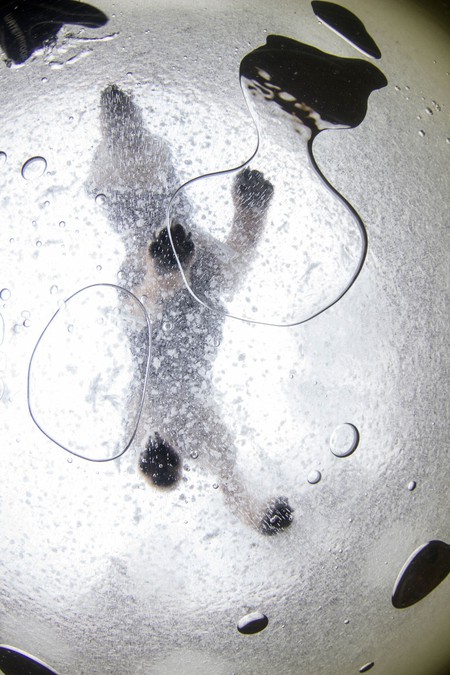 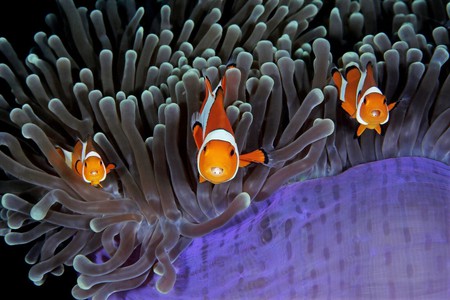 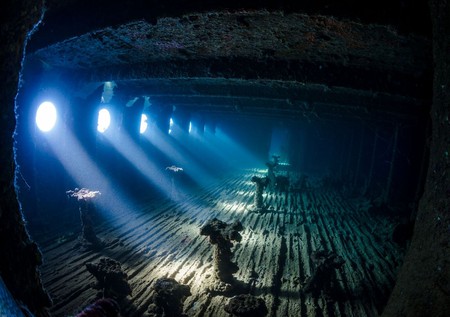