Culture Trip: Master the Art of Working From Anywhere 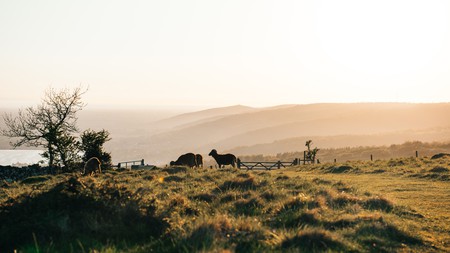 When it comes to the daily grind, say goodbye to cramped offices and sweaty commutes, and hello to the wide-open working world of the digital nomad | © Dom Stuart / Stocksy
Paid partnership with

From train stations and carriages to cafes, galleries and parks, the modern office can be anywhere you want it to be. Digital nomads have never had it so good.

Whether you’re working or on vacation, why fume in a traffic jam when you can speed through Britain’s beautiful countryside on a train? With free and fast wifi at many Great Western Railway (GWR) stations, as well as a great working set-up in train carriages including plug sockets at every seat, you can tap while you travel and catch up with work or research your next possible “office” in a host of beautiful GWR destinations. If you need some inspiration, here are a handful of our favourites.

Set in Somerset’s rolling hills, plains and chalk valleys, pretty-as-a-picture Bruton has become hipster Bruton in the past few years. Modern additions to the natural and historical attractions such as Abbey Park and Jubilee Park have given Bruton real cachet. Take a pew for a cup of tea or a heavenly bake in At the Chapel, a 17th-century former congregational chapel, and afterwards, don’t miss a visit to Hauser & Wirth Somerset. Set within the buildings of 18th-century Durslade Farm, which still supplies free-range produce to the on-site Roth Bar & Grill, this world-class gallery’s changing exhibitions will be a great backdrop for those Zoom meetings. 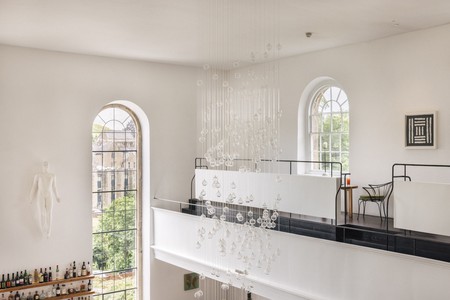 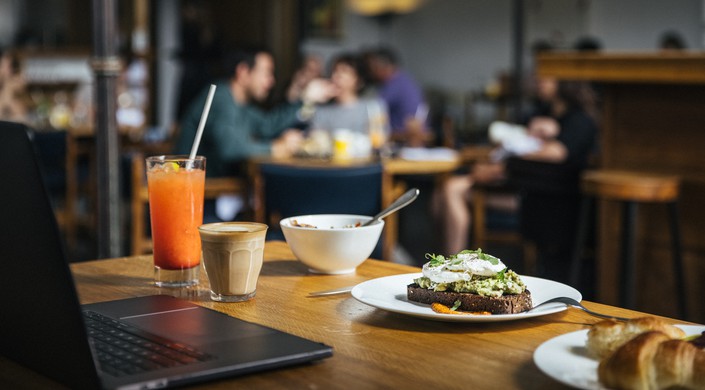 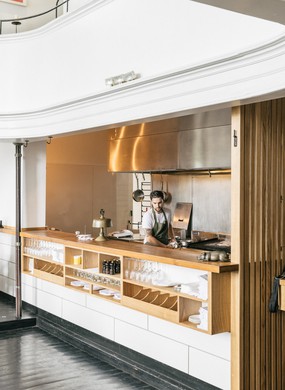 At the Chapel, in Bruton, is a former sleepy-village congregational chapel Today, as well as being a trendy workplace, it is a top restaurant, bakery and wine shop – plus it has eight luxury guest rooms The kitchen specialises in quality British food with a Mediterranean twist | © Tom Parker / Culture Trip

The gothic 13th-century cathedral that dominates the medieval Wiltshire city of Salisbury outdoes even that of Hereford, boasting Britain’s tallest spire (404ft/123m), the world’s oldest working clock, one of the loveliest cloisters in the land and, as if those reasons weren’t enough, one of the original copies of the Magna Carta. And there’s plenty more to do. Stonehenge is just 8mi (13km) away; the Salisbury Museum is fascinating; the 2mi (3.2km) river walk to the original Salisbury settlement Old Sarum is a must; the twice-weekly outdoor market is fun to browse, and when you’re in need of a pick-me-up, stop for a Salisbury Brewery English Ale at café/kitchen Carwidine’s. Round the corner, Greengages is a cosy cafe-bakery with good vegan and gluten-free options, a pretty, seasonal courtyard and the occasional live-music session.

Cardiff’s historic covered arcades have, in the past, been home to the world’s first record shop and oldest sarsaparilla bar. These days they’re a great destination for digital nomads. One’s full? There’s always another nearby. Try Uncommon Ground Coffee Roastery, in the Royal Arcade, the oldest in the city, or have a browse through alternative shopping centre the Castle Emporium, set in a two-storey 1920s former cinema, where you can have a haircut, admire contemporary art and then get a coffee before settling down to work. Outdoors, there’s nowhere nicer than Bute Park and Arboretum. The extensive grounds, in the shadow of the imposing city centre castle, are home to three cafes and have good wifi access.

The lively city of Portsmouth, on the River Solent, is home to the fascinating Portsmouth Historic Dockyard, which has recently added an interactive gallery to its content centred around HMS Victory, the Royal Navy’s most famous warship, and the wreck of Henry VIII’s 16th-century flagship vessel, the Mary Rose. The city has plenty of great work/leisure spaces too – take the excellent Garage Lounge, converted from an old tyre workshop into a light-filled coffee lounge whose pile-’em-high approach to pancake stacks is just one of its many charms. 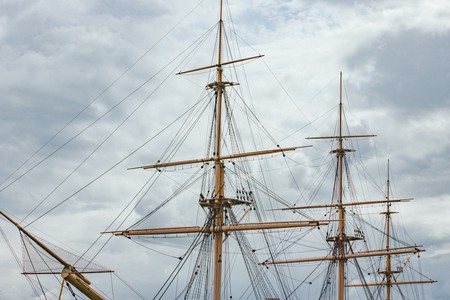 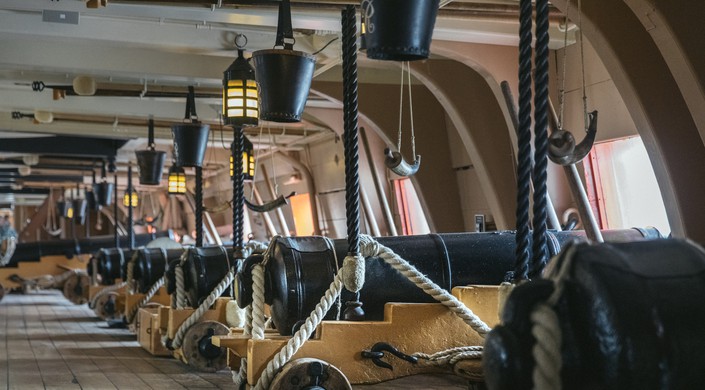 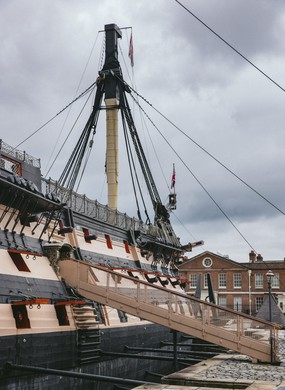 Portsmouth Historic Dockyard is home to the Royal Navy's most famous ship, 'HMS Victory' You might not get any work done on the upper gun deck, but the modern cafe is a great space for digital nomads with an interest in history Surrounding buildings include Grade I-listed office spaces, with plenty of interesting leisure spots further into town | © Tom Parker / Culture Trip

Set on the River Wye, the city of Hereford is a beauty. From its honey-coloured cathedral to half-timbered houses and independent shops, cafes and restaurants, it is the perfect base from which to explore not just the many urban attractions but also the wider Herefordshire countryside. For a tranquil working space, the Bookshop is a modern British restaurant which focuses on local produce, making it one of the best places to eat here. They don’t serve breakfast, but the sprightly bright blue King St Kitchen does, from granola through to full English. Then head to Sensory & Rye, where you can try some local cider before taking the apple orchard circular walk along the River Wye and all the way to Breinton Springs via woodlands and cider orchards, looping back into town via a final stop at the Museum of Cider.

The Thames Valley village of Pangbourne is as bucolic as they come, its river setting calling to mind scenes from The Wind in the Willows; it’s no surprise, then, to learn that authors such as Kenneth Grahame and Jerome K Jerome lived here. Jerome’s characters in Three Men in a Boat end their travels at the Swan pub, the real-life version of which is a firm favourite for its riverside terrace, traditional food and fireside armchairs that are perfect for working in. The rock band Led Zeppelin was formed here in the Sixties, and the indie spirit lives on at @baxters. The café/kitchen serves everything from Toblerone brownies to breakfast burritos in a comfy space that feels like a home away from home. Outdoor tables are an added bonus. 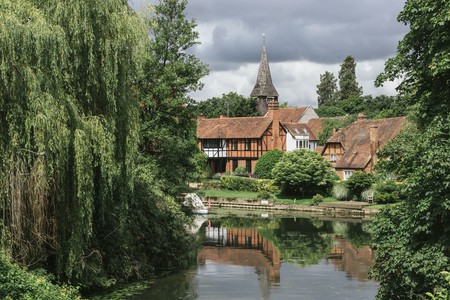 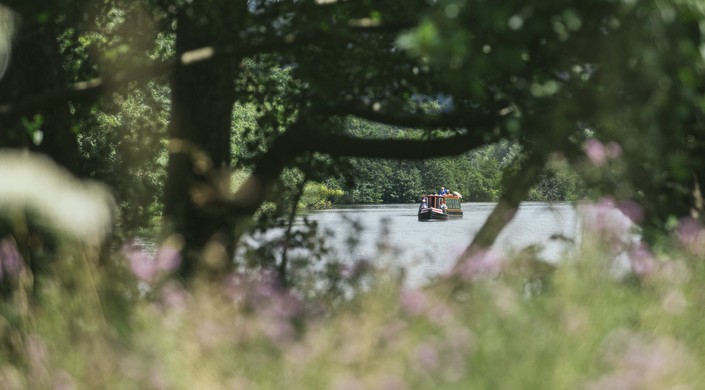 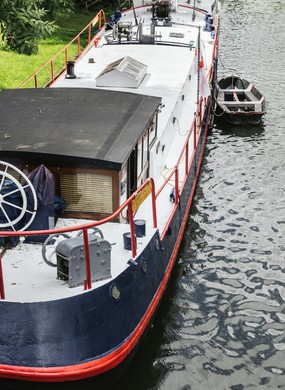 Picturesque Pangbourne is the perfect place to clear the mind in preparation for a bit of laptop tapping Views from the garden of the Swan pub are as inspiring as they are bucolic Hire a boat for an afternoon on the river, or head to the village for a stint at trendy @baxters | © Tom Parker / Culture Trip

Save a third with a railcard. Find out more and book your next adventure at GWR.com, on the GWR app, or at a train station. 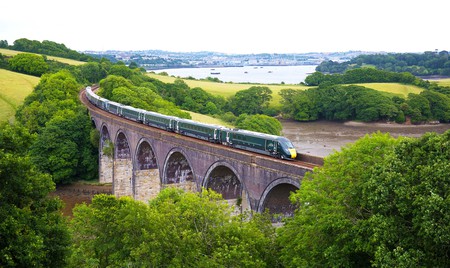