Culture Trip 60 Over 60: Home And Design 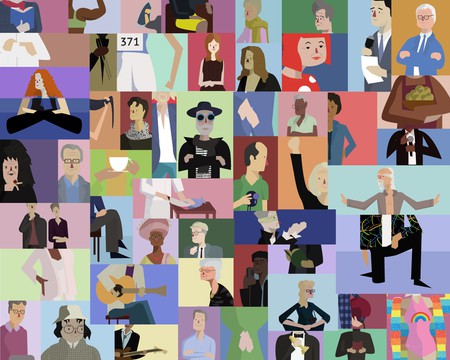 There are many power lists in today’s media landscape which celebrate young, emerging talent – far fewer celebrate individuals who have enjoyed long, established careers and continue to make dynamic contributions to the cultural landscape. Read on for Culture Trip’s ’60 Over 60′ nominees for Home and Design.

Winner of the 2016 Thomas Jefferson Medal in Architecture, Balmond has roots in structural engineering, with a multidisciplinary approach to architecture. His firm was recently tasked with the design for Sri Lanka’s new epicenter, Cinnamon Life. His most notable contributions include the CCTV in Beijing and the ArcelorMittal Orbit in London.

Elizabeth Diller and Ricardo Scofidio, a NY-based wife and husband team, were tasked with designing the High Line, and most recently a LEED-certified residential high-rise for Hudson Yards and Columbia University’s new educational center. Not limited to the isle of Manhattan, in 2016 the duo completed plans for the South Sea Pearl Eco-Island in China, the Museum of Image and Sound in Rio de Janeiro, and Zaryadye Park in Moscow.

Self-professed goth and French architect Odile Decq is a stand-out advocate of equality for women in architecture. A rule breaker, risk taker and creative powerhouse, Decq won this year’s Jane Drew Prize for her major contribution for women in the architectural field, plus she was previously named French Female Architect of the Year. You’ll find her signature color, shocking red, in many of her projects; she recently completed a five-year renovation of Hungarian architect Antti Lovag’s 1970s bright red and futuristic-looking Bubble House.

Born in Tel Aviv in 1951, designer and architect Ron Arad is known for his relentless and passionate experimentation, pushing the boundaries of materials to radically reconceptualize the form and structure of furniture. At the forefront of contemporary design, he has worked with many leading international companies – in 2016 alone he has celebrated a 25-year collaboration with Moroso, designed an Israeli cancer treatment center, produced a jewelry collection and renovated the infamous Watergate Hotel in Washington, DC. His most famous project, however, is probably the Bookworm Shelf he designed for Kartell.

British architect John Pawson is the master of minimalism, with his most recent masterpiece being the £83m renovation of the 1960s Commonwealth Institute in Kensington – the new home of London’s Design Museum. Private homes are at the core of his work, but he’s a prolific architect, turning his hand from ballet sets and major commissions for hotelier Ian Schrager to recently transforming World War II bunkers into a museum of Southeast Asian art in Berlin.

Iraqi-born British architect Zaha Hadid is considered one of the most prolific architects of the 21st century and was the first woman to win the Pritzker Prize. Her most notable designs include the Heydar Aliyev Culture Center in Azerbaijan, the MAXXI National Museum in Rome, Guangzhou Opera House in China, and the London Aquatics Center. Known as the “Queen of the Curve,” Hadid passed away earlier this year from a heart attack, but her name-sake architectural firm continues to move forward with ongoing commissions.