Could 'Aquatecture' Be The Answer To London's Housing Crisis? 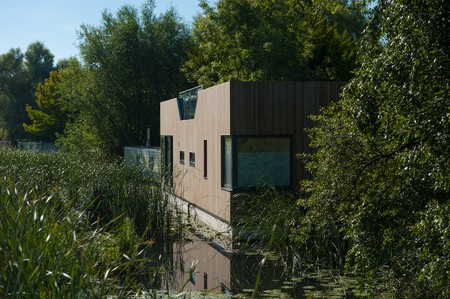 After making waves with the UK’s first-ever amphibious house (see video below), Baca Architects has now come up with a new floating home prototype that could be a complete game-changer – it’s designed to be a genuinely affordable, sustainable answer to London’s housing crisis. 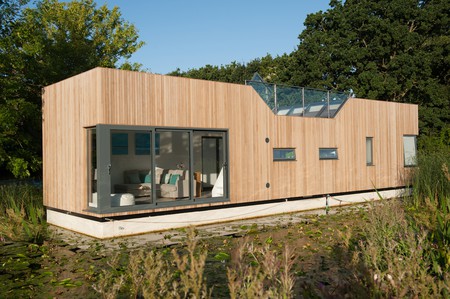 The modular property, designed in collaboration with Floating Homes, is named ‘Chichester’ and is one of the winning entries for New London Architecture’s competition ‘Buoyant Starts’. NLA sought entries that would offer a viable solution to the city’s overcrowding and lack of affordable homes for first-time buyers.

Inspired by narrow boats and canal living, the Chichester model offers a split-level, open-plan residence, with generous full-height windows that provide views and access to water level so residents can enjoy all the benefits of a waterside lifestyle. 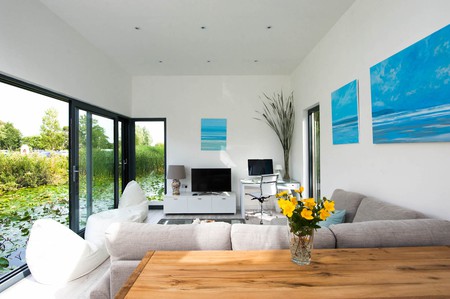 The living area of the Chichester

“Many floating homes in the UK to date have been hybrids based on boat technology and have been permitted to moor on the basis that they are a boat,” says Richard Coutts, director at Baca Architects.

“The Chichester, however, addresses certain Building Regulations so that genuine floating dwellings, or as we term it ‘aquatecture’, can be built en masse in the UK.”

With 50 linear miles of rivers and canals forming the waterways network of the Greater London area, there are plenty of previously untapped ‘bluefield’ sites that have the potential to deliver as many as 7,500 floating homes, according to Baca.

Off-site construction means that they could be built speedily, within six to 12 months, and Baca estimates they could cost as little as £200,000, plus mooring costs, for a two-bed dwelling. Pre-fabricated, energy efficient and spacious, these floating homes would have the added bonus of being in a great location in the heart of the capital. 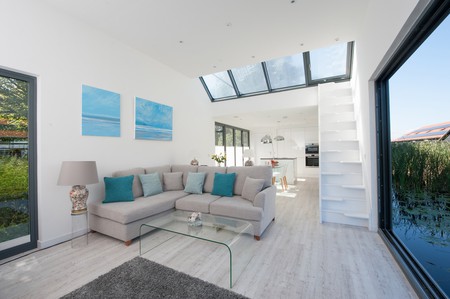 The Chichester has a light-filled, open-plan living space

Baca is currently looking into developing additional floating homes in London’s trendy Haggerston. “This is a more edgy setting, so let’s see whether the design ends up as urban camouflage, graffiti inspired, or whether the planning department insists on a more traditional finish,” adds Coutts. If the planners accept Baca’s proposal, the homes could be on the water as early as summer 2017.

Floating homes aren’t just a concept UK architects are keen on – they have long been popular in the Netherlands, where studios including +31Architects and BYTR Architects have reinvented the traditional houseboat. 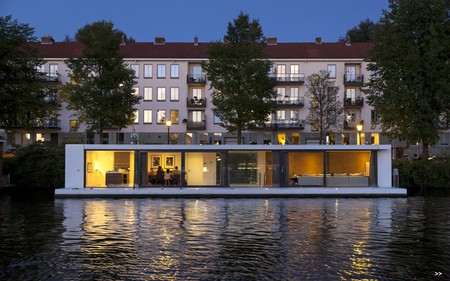 See how Baca’s amphibious house floats when a flood occurs in this video: