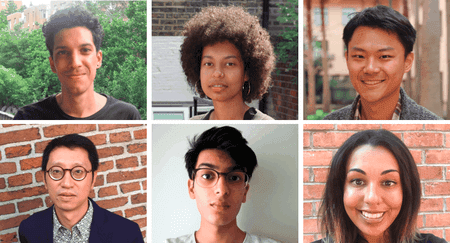 Now into its third year, the prize was set up to champion BAME (black, Asian and minority ethnic) writers, typically under-represented in the UK publishing industry. Six authors have been nominated for this year’s award, described by the chair of the judging panel, Anna Kelly, as “exciting and compelling new voices who stood out from the rest”.

Two of the shortlisted stories take place in China. Yiming Ma’s ‘Swimmer of Yangtze’ is an “impressively controlled and deeply melancholy” story about an armless swimmer whose community abandon him as he chases a Paralympic dream. Meanwhile, Jason Deelchand’s ‘Something Buried in the Ground’ is a story of environmental disaster told through the lens of history and folklore that’s set in the village of Xīliú.

Disaster also features in Savannah Burney’s ‘Spam’ in which a young girl, left homeless by the Grenfell Tower fire, turns up at the door of a misanthropic B&B owner. Though rooted in tragedy, it is described as a “funny, sparky story” by Kelly. “Burney imagines her characters brilliantly and her story stood out for its humour and warmth,” she said.

Gurnaik Johal – a student from West London – takes advantage of the short form’s proclivity for playfulness, in his story ‘The Piano’. Mourning the death of his wife and her beautiful piano-playing, a man leaves her piano out on the street for strangers to enjoy. The story – written with “enormous imagination, empathy and talent” – recounts how the instrument brings the community closer together.

Varaidzo’s ‘Bus Stop’, a story of friendship between two young girls, and Kit Fan’s ‘City of Culture’, set in a Chinese takeaway in the north of England, complete the shortlist.

The winner, who will receive £1,000 and a day’s publishing workshop with 4th Estate, will be announced in September 2018. The winning piece will also be published on the Guardian website. Previously shortlisted writers include Lisa Smith, who won with her story ‘Auld Lang Syne’, and Guy Gunaratne, whose book In Our Mad and Furious City was longlisted for the 2018 Man Booker Prize.

Speaking about this year’s nominees, Kelly said: “I expect to see many of the shortlisted and longlisted writers signing with agents very soon.”