Clint Mansell: I'm up for Doing the Bond 25 Soundtrack 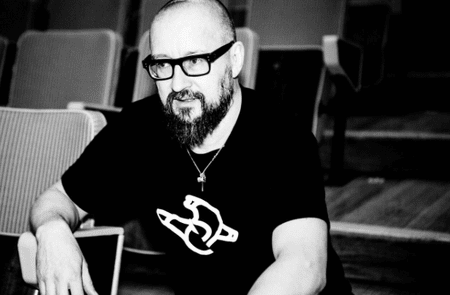 When you’re interviewing one of cinema’s most acclaimed film composers, the last thing you expect is for him to bring up Ross from Friends. But Clint Mansell – the man who stirred up emotions sonically on movies like Requiem for a Dream (2000), Moon (2009) and High-Rise (2016) – is earnestly discussing how David Schwimmer’s character from the popular sitcom may, one day, be hailed as a musical genius. Seriously.

‘There’s an episode where Ross is in the coffee shop playing his music and he’s absolutely terrible,’ Mansell explains. ‘Phoebe’s going, “He’s unappreciated in his own time.” In 100 years time we don’t know what the response is going to be to his music.’

Sitting in his Los Angeles home while we chat on Skype, the musician, who hails from Coventry, West Midlands, is down-to-earth and chatty, breaking off in the middle of the interview to make himself a cup of tea.

If you’re wondering why Mansell is talking about unappreciated talent, it’s because he’s been working on the soundtrack to Loving Vincent, a new biopic about tragic painter Vincent Van Gogh. But it’s not just your run-of-the-mill dramatisation, it’s a startlingly original feature – the world’s first made up entirely of oil paintings. Robert Gulaczyk plays the lead role with Saoirse Ronan, Aidan Turner, Douglas Booth, Chris O’Dowd and Eleanor Tomlinson making up the rest of the impressive cast.

Van Gogh’s talents, of course, were ignored while he was still alive and he only achieved success posthumously after his death at the age of 37. In both this story and that of Ross ‘we were on a break’ Geller’s, Mansell has managed to pick out the silver lining from a lifetime of failure and public derision. ‘Never lose heart, I guess, that’s my message,’ he says.

While Ross had his palaeontology to fall back on, the Dutch post-Impressionist didn’t have such luck. He only sold one painting, Red Vineyard at Arles (The Vigne Rouge), during his lifetime and had to rely on his brother Theo for handouts. He was considered a madman and famously cut off part of his own ear during an argument with French artist Paul Gauguin.

‘At the end of the day when you’re doing something creative, whilst a lot of the time you are by yourself, you also feed off people’s reactions to your work.’

Wearing his trademark black glasses, the former member of ’90s rock band Pop Will Eat Itself looks casual in a black t-shirt with some chains around his neck. He moved to the US for work but hasn’t adopted any of Hollywood’s airs and graces. Any time the interview veers towards ‘luvvie’ territory – like when he starts talking about the concept of ‘love’ in relation to the film – he uses air quotation marks and prefaces it with a self-deprecating warning about talking ‘wank’.

‘To me he was like the original punk rocker and that should have been lorded but, unfortunately, in his time, he was ridiculed. But through all that he believed in love – particularly the love of art. The overriding thing is to be inspired by him and his work. That’s what I wanted to show in the music.’

Like his other soundtracks, Mansell’s work for Loving Vincent is mournful and desolate, yet there’s a profound beauty to the delicate compositions. Mansell came on board after directors Jacek Dehnel and Dorota Kobiela (who ended up taking eight years to finish their ‘passion project’) approached him claiming they had written the film with him in mind. It’s the latest in a long line of movies Mansell has worked on that feature an obsessive character descending into madness. He admits: ‘Yes, that’s the common thread.’ 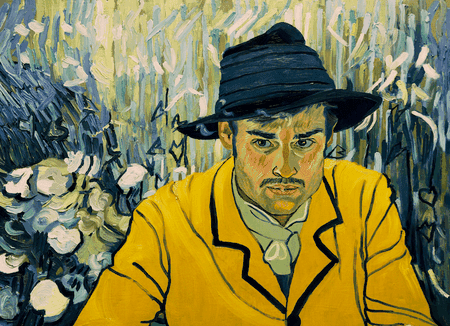 The composer reveals it was about Van Gogh’s drive and focus that resonated with him most. ‘Through all that – whether through blind stubbornness or belief – he stuck at it, never gave up and never took the easy route. From an artistic point of view, he was committed. And that felt in line with other films that I’ve done like Black Swan, Moon and The Fountain. People who are driven and who have a singularity – that’s always something I’m drawn to and something I relate to.’

But it wasn’t only that. Mansell also connected with the painter’s emotional turmoil. ‘The thing I gravitated towards was his loneliness, his desire for love and companionship. The need for, you know, comfort, if you like. He was a very lonely man. A very sad man. If it was today perhaps he would have been diagnosed as having bipolar or Asperger’s.’

Mansell fell into composing after meeting director Darren Aronofsky, who hired the composer to score his debut film Pi (1998). But their fruitful collaboration, which included Requiem for a Dream (2000), The Fountain (2006), The Wrestler (2008), Black Swan (2010) and Noah (2014), seems to have come a grinding halt. Johann Jóhannsson replaced Mansell on the filmmaker’s controversial new movie, Mother!, which has flopped at the box office. Asked why he didn’t work on the film, Mansell pauses for a second before announcing: ‘Next question!’ 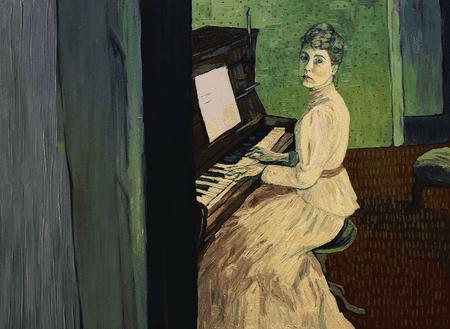 So, will they work together again? He chuckles and replies hesitantly: ‘Well, who’s to say really but it would seem unlikely at the current state of play.’ Although he adds on: ‘It’s not to say that it will remain so.’

But the musician is looking to the future and is on the hunt for new challenges and new experiences after a long stint in the Hollywood bubble, which he jokingly claims he’s ‘too old and too ugly’ to remain in. Instead, he reveals he’s thinking about moving into theatre.

‘I’m going through a few changes at the moment it’s safe to say and I’m not sure where it’s going to spit me out. I’ve just been pursuing some other things. I really want to try to get into some theatre stuff. I like scoring films but I like scoring certain films and certain styles of films. I’ve definitely got a bit of wanderlust. I can always come back to film.’

How about the soundtrack to the upcoming James Bond film, I ask? ‘I wouldn’t say no to that,’ he replies. Mansell talks about how he reworked Russian composer Tchaikovsky for the Black Swan soundtrack and suggests he could do the same for John Barry’s prolific work on the 007 film franchise. Getting fired up, he says: ‘You’d take John Barry’s entire work and redo it through a 21st century filter in some way. There’s so much great work that he’s done.’

Are you listening Bond producers?

The Loving Vincent soundtrack is out today digitally and on CD on October 6 on Milan Records. The film is out in cinemas on October 13.