Cinema Under the Stars: Film Highlights From Luna Cinema

We take a look at some of the best new films and stunning outdoor venues that will be part of Luna Cinema 2018.

One of the pioneers of alfresco movie-watching in the UK, Luna Cinema are the biggest providers of outdoor film in the country and have gone from strength to strength. The 2018 season of summer movies features more screenings than ever before, over 175, and we’ve picked out some highlights for you to enjoy from the vast collection.

There are the latest blockbusters, award-winning masterpieces and cult classics… so basically something for everyone throughout the long nights coming up.

The screen will be located on the South Slope, directly opposite Alexandra Palace. Films screening are: Three Billboards Outside Ebbing, Missouri – 15 September 2018, The Breakfast Club – 16 September 2018 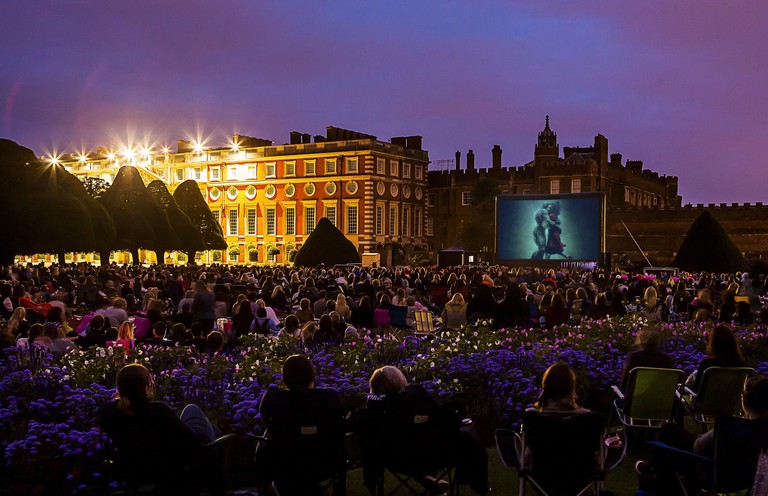 The stunning gardens of Hampton Court Palace will be the setting for a unique cinematic experience this summer. The giant screen sits on the East Front Lawns, with Henry VIII’s palace providing a truly unforgettable floodlit backdrop.

Your Luna Cinema ticket allows you access to the gardens ahead of sunset so you can admire one of Britain’s most impressive Historic Royal Palaces. 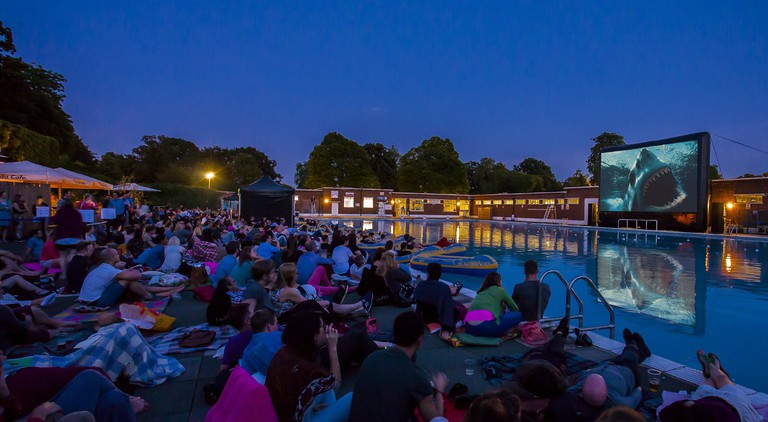 Imagine sitting in one of London’s greatest Lidos with a classic film on a big screen under the stars… This summer, Luna Cinema is transforming Brockwell Lido into the city’s most exciting pop-up cinema. Dating back to 1937, the Lido is a truly incredible backdrop for open air cinema. Films screening: Jaws – May 24th, Dunkirk – June 21, The Shape of Water – Sept 27th 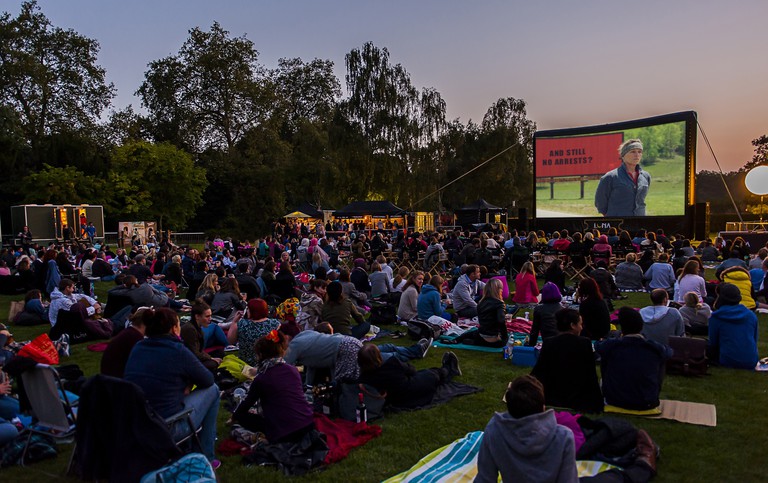 Crystal Palace Park today is known as one of London’s great parks, but it also has an astonishing history, starting life as a Victorian pleasure garden, built to house the Crystal Palace after its move from Hyde Park following the Great Exhibition of 1851. The site was opened by Queen Victoria herself in 1854 and it contained not only the newly reconstructed palace, but a maze, landscaped gardens and 33 lifesize models of (then newly discovered) dinosaurs! The palace may have gone (being destroyed by fire in 1936), but the dinosaurs remain and now, for the third time this historic site will host cinema under the stars. Films screening: The Breakfast Club – Jun 29, Three Billboards Outside Ebbing Missouri – Jun 30, Moulin Rogue! – Jul 1st

Further cementing its position as the leaders in outdoor cinema experiences, the Luna Cinema team are pleased to announce the launch of two new brands in 2018; Luna Kids, the country’s first open air cinema designed specifically for families and children of all ages, and Luna Beach, a month long cinema residency on Brighton Beach, where the highest definition outdoor LED screen in the UK will present a full programme of film screenings as well as sports fixtures, including Wimbledon and the FIFA World Cup.

For more information on all the screenings and venues at Luna Cinema, please visit the official site.