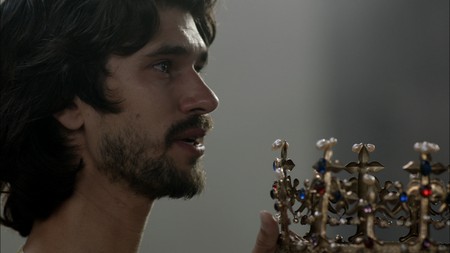 Shakespeare, Britain’s most famous literary export, has had such an effect on our identity and culture that it is difficult to envisage an alternative universe without his influence. The proliferation of adaptations and reinterpretations is proof enough of his omnipresence, the most recent being Kurzel’s Macbeth. However, many of his great works have been overshadowed by classics such as Hamlet and Romeo and Juliet. We take a look at 10 equally powerful alternatives to your old favourites. 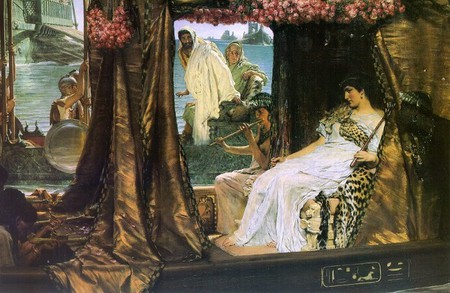 Antony and Cleopatra over Julius Caesar

A quasi-continuation of the unresolved chaos that marked the close of Julius Caesar, Antony and Cleopatra, though certainly political throughout, has a much greater emphasis on love than on politics. Detailing the union and eventual downfall of Marc Antony, a Roman politician, and Cleopatra, Queen of Egypt, events (and political intrigue) conspire to drive them to the tragedy of inevitable separation and death. The rich language and ambitious scale (the scenes shift continually between Alexandria, Rome, and Actium) make it a play of epic proportions, and is also a surprisingly thoughtful study of power, conquest, and gender relations. 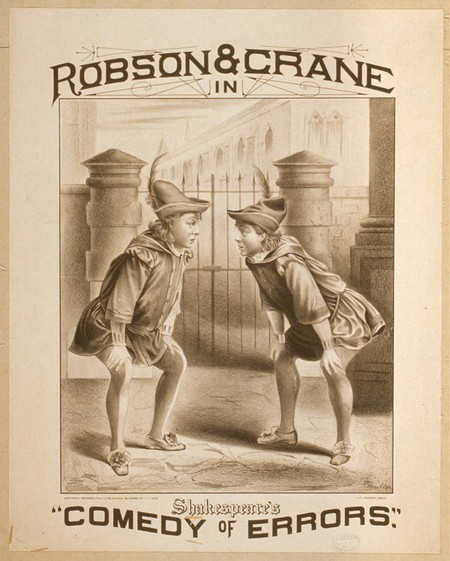 The Comedy of Errors over Twelfth Night

Based on Plautus’ Menaechmi, The Comedy of Errors takes the plot device of twins (and the trope of mistaken identity) and doubles the confusion with double the twins! Based on the (slightly implausible) premise of having two sets of identical twins separated at birth, the confusion and hilarity that results when both sets of twins happen to be in the same city is comedy gold. Deriving a major part of its humour from slapstick skits, rude punning, and wordplay, The Comedy of Errors is an unmissable early offering of Shakespeare’s, which has been adapted into opera and musical theatre. 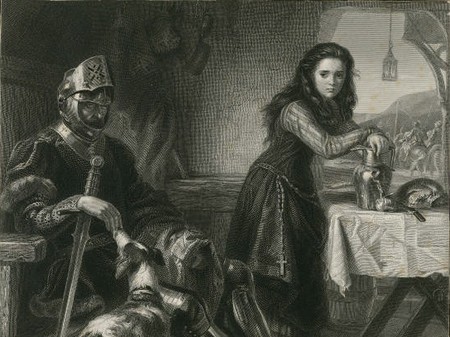 Although it was this Wars of the Roses tetralogy which earned Shakespeare his reputation, only Richard III of the four is properly known by posterity. Henry VI Part I may not be the best historical play, but it provides an invaluable insight into Anglo-French relations and contemporary perception of the 100 Years’ War. The sequel to Henry V (historically), Henry VI Part I narrates the loss of French territories, partially facilitated by the shrewish Joan La Pucelle (Jeanne d’Arc), as well as describing the tensions between the dynastic factions; it is certainly an unusual alternative for any Shakespeare acolyte! 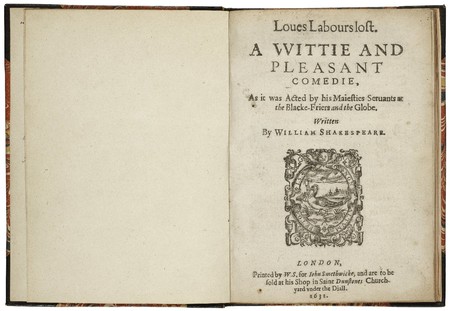 Filled with sophisticated wordplay, literary allusions, and pedantic humour, Love’s Labour’s Lost has been a victim of its own refinement and has enjoyed less fame than its more accessible counterparts. However, as it is a wonderful tale concerning four young men’s attempts to swear off love, as well as the subsequent lies and confusion that ensues when they eventually break their short-lived vows, it is well-worth a reader’s time and patience. Most notably of all, Love’s Labour’s Lost was adapted into a charming musical film by Kenneth Branagh, who changed the setting, to great effect, to 1930s Europe. 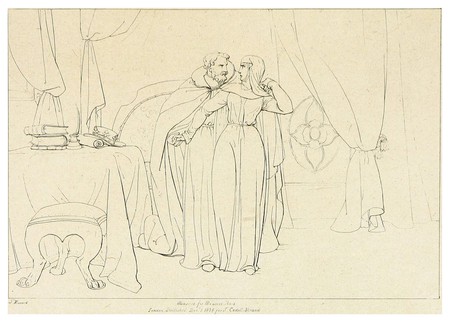 Image extracted from page 183 of volume 1 of The Spirit of the Plays of Shakspeare exhibited in a Series of Outline Plates, illustrative of the story of each play ... With quotations and descriptions. L.P, by HOWARD, Frank. Original held and digitised by the British Library. | © British Library/Wikicommons

Measure for Measure over Much Ado About Nothing

Ostensibly a comedy on corruption and purity, Measure for Measure is a faintly disturbing investigation of power and abuse. When the Duke leaves Vienna, he makes over his government to the notoriously puritanical and austere judge Angelo, who has well-known views on “promiscuity”. His principles, however, crumble with embarrassing speed when he falls heavily in lust with Isabella, and offers to acquit her brother in exchange for her virginity. A scathing condemnation of hypocrisy and ‘justice’, Measure for Measure, despite its comic touches, is anything but humorous in its underlying message, and has great force because of this. 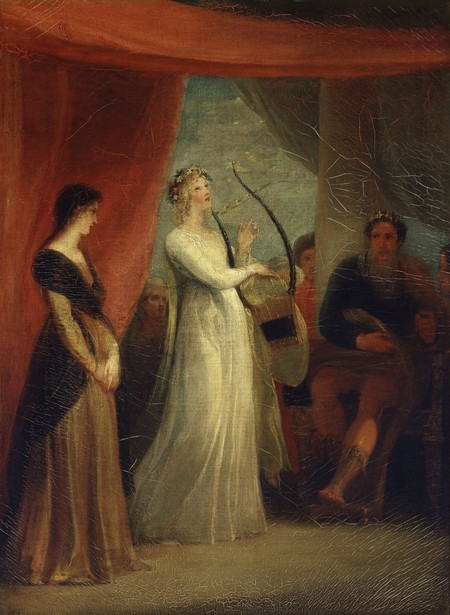 Pericles over The Tempest

Though considered a “problem play”, Pericles is still well-worth exploring, if only for the slightly incredible plot! Continuing the themes of sea and shipwreck found in works such as Twelfth Night and The Tempest, Pericles traces the failures and successes of its eponymous protagonist, who is destined to suffer and to celebrate in equal parts through the constant flux in his fortunes – snatched from near-death, he manages to gain a kingdom, only to lose his beloved wife, and is then finally reunited with his family. Thus, Pericles is a delightful ‘comedy’ with a large dose of the fantastic.

Many know and love the explosive energy of Henry V, citing the Battle of Agincourt as one of the most inspiring episodes of theatre; few realise the tragic power of the rest of the Henriad tetralogy, and most notably, of Richard II. Focused on the tragic downfall of the misunderstood Richard, he becomes a victim both of his pride and of the power struggles within his own court. Though not uplifting, nor filled with ribald humour like Henry V, Richard II is a powerful play of technical brilliance and emotional depth offering a chilling exploration of human nature. 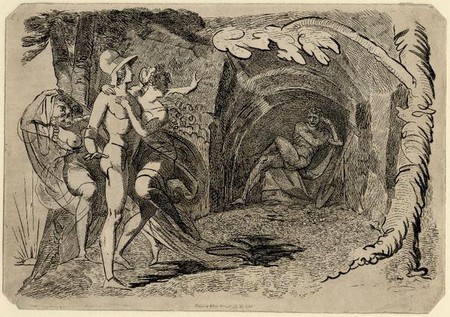 Timon of Athens over King Lear

One of the least well-known plays, Timon of Athens is actually equal to its more famous counterpart King Lear in its examination of a noble yet flawed individual. It is named after Timon, a rich Athenian who foolishly continues to indulge in excessive generosity, ignoring the reality that his ‘friends’ are parasitic sycophants. When his wealth is gone (and his fair-weather friends with it), Timon, utterly disillusioned, renounces society, becoming a bitter misanthrope until his death. A painful lesson in the nature of friendship and the price of naïveté, Timon is as relevant now as it was when first shown. 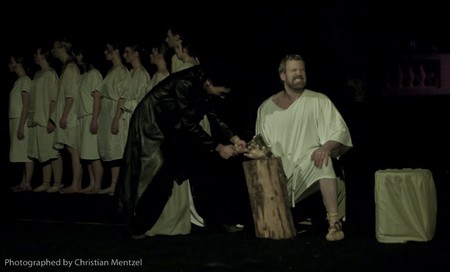 Hamlet is widely considered to be the most accomplished of Shakespeare’s works, and has been celebrated accordingly with endless revivals. Titus Andronicus, deemed as its bloodier forerunner, offers a bloodthirsty alternative to Hamlet’s quiet melancholy and all-encompassing despair. The ultimate revenge tragedy, it follows the ruin of the Roman general Titus, who is engaged in a vicious cycle of vengeance with Tamora, Queen of the Goths. Containing all the elements of a truly grisly drama, including cannibalism, dismemberment, and unadulterated violence, Titus Andronicus is best known for its stage direction “Enter a messenger, with two heads and a hand”! 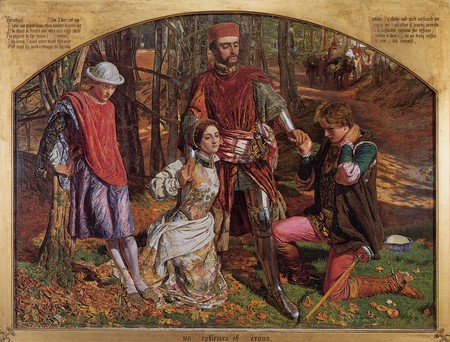 Two Gentlemen of Verona over The Merchant of Venice

Containing all the usual elements of a Shakespearean comedy, including “love squares”, cross-dressing, and tomfoolery, The Two Gentlemen of Verona is a surprisingly skilful and often underrated exploration of the themes of fidelity and friendship. When Valentine and Proteus (two good friends travelling Italy) both fall in love with the same woman, this results in a whole series of lies, betrayals, and unforeseen complications. It may also interest keen film-goers that it is Valentine’s soliloquy longing for his beloved Silvia which was used by the character Viola in Shakespeare in Love when she auditioned to join the playhouse!