Camping in the UK: the Best Campsites 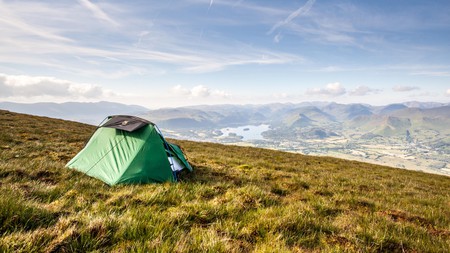 Whether you're a camper or a glamper, there's never been a better time to pitch up | © Anita Nicholson / Alamy Stock Photo

Domestic travel is set to be a big part of summer for Brits – and what could be more wholesome than embracing the great British outdoors from the comfort of your tent? So pack your picnic blanket and a gallon of mosquito repellent – Culture Trip rounds up the best-loved campsites throughout the UK.

The British countryside is a wonderful place to clear the cobwebs, connect with nature and spout some pastoral poetry. Forget notions of camping being a faff, it doesn’t have to be if you’re well-prepped with a working torch and fairly hassle-free tent. Meanwhile, there’s always a yurt for a more glamorous take. So, where to go?

Camping in the New Forest

Wild ponies and wildlife of all kinds, forest trails and quaint streams – it’s hard to believe the New Forest in Hampshire is just a couple of hours from London. Take your pick from more than 40 campsites in the district, across areas like Ringwood, Lyndhurst, Brockenhurst and Bransgore (some are more tranquil than others). Keen cyclists should take advantage of the many trails, and if you don’t fancy bringing your bike, there are plenty of places to hire one. 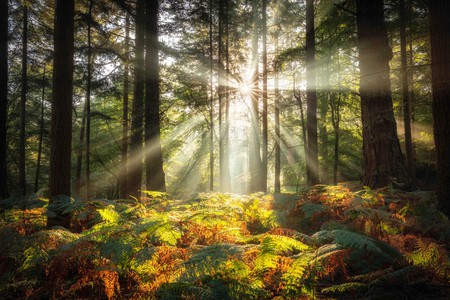 Another camping destination on the South Coast, Dorset boasts both impressive coastline and countryside. Weymouth and Swanage are some of the best places to enjoy it, but you can choose from 100 camping destinations. Glamping is a popular option here too – with yurts and treehouses aplenty – though there are still loads of plots that encourage you do it the old-school way. 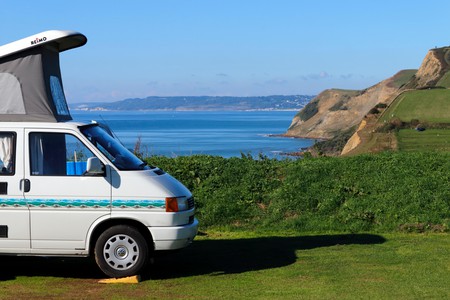 Cornwall is best known for its coastline, but instead of booking a hotel on the beach (which isn’t an option at the time of writing), look to taking respite on green pastures. There are 239 plots you can pitch up on – some of which are close to sandy shores, so you can enjoy both sea and land. 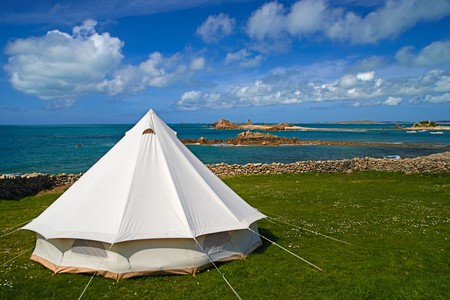 Camping in the Lake District

The Lake District is a beauty spot many Brits have on their must-visit lists, so if you’re one of them, now is certainly the time to do it. A place of rolling hills, lakes – as the name might suggest – and rugged fell mountains, it’s one of the country’s most magnificent destinations. Spend every moment outdoors at one of its 102 campsites – whether that’s in Patterdale, Wasdale or Langdale. Hiking boots come highly advised. 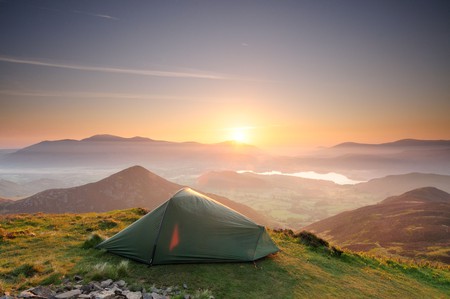 Norfolk draws visitors for its historic town centre, though its natural landscape should be just as celebrated. Much like Hampshire, Norfolk is only a couple of hours from London by car or train. Highlights include the Broads National Park and Blakeney Point, which are considered among the UK’s wildlife highlights. See the destinations yourself from your camping base; there are over 100 places to choose from. 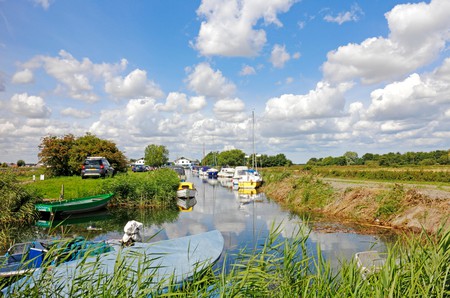 Find out more about the history of camping in this article by John Still.