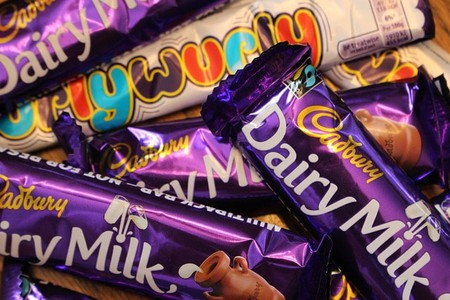 A low-sugar version of the Cadbury Dairy Milk bar is to launch in 2019 as part of efforts to curb the UK’s obesity crisis.

The iconic purple wrapper is comforting and familiar to the sweet-toothed, and the smell of the creamy chocolate evokes huge nostalgia for many. Cadbury is keeping up with the times and is launching a version of the confectionery stalwart with 30 percent less sugar than normal.

The move, which has been described as the “most significant innovation in the brand’s history”, has been implemented to help consumers manage their sugar intake and in response to the UK’s rising obesity levels.

It took 20 scientists, nutritionists and chocolatiers around two years to perfect the bar, the company said. The recipe doesn’t rely on artificial sweeteners, preservatives or colours for flavour but replaces part of the sugar with fibre. The sugar in the original bar is 56g per 100g and 39g per 100g in the new bar. It’s said to taste similar to the original chocolate which, fortunately for chocolate aficionados, will remain on sale unchanged.

“We’ve tested this with hundreds of consumers and they love it,” said Glenn Caton, Mondelēz International president for Northern Europe, the American multinational company that bought Cadbury in 2010. 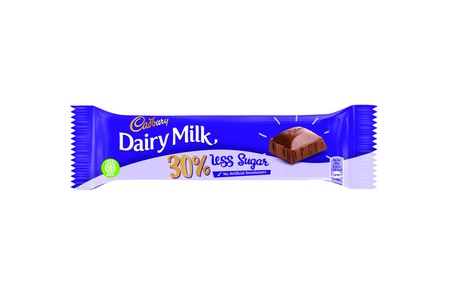 “It’s very tricky to reformulate chocolate because it’s just cocoa, sugar and milk and if you take one thing out, it changes the structure,” Caton said. “We’ve used fibre as an alternative to some of the sugar and found it doesn’t have a negative impact on the taste or structure.”

The change follows growing pressure from the government on the food industry to reduce the sugar content of their products in a bid to tackle obesity levels that have made the UK the most overweight nation in Western Europe. A sugar tax came into effect in April, and before then some products, such as Sprite and Fanta, were reformulated to avoid the highest rates of the tax.

Mondelēz chose to bring out a new low-sugar product rather than change the original recipe thanks to overwhelming customer loyalty and familiarity of the brand. “Consumers love original Cadbury Dairy Milk,” Caton said. “We want to offer this as a choice, not as a replacement to people who want to treat themselves. We think offering 30 percent less sugar [bars] is a more balanced approach than doing something controversial like taking Cadbury Dairy Milk away.”

Sugar is on the radar in the UK, with the campaign group Action on Sugar calling for a 20 percent sales tax on confectionery and the government unveiling the second phase of proposals to halve childhood obesity by 2030. While in 2017, Public Health England challenged the industry to cut sugar levels by a fifth by 2020 or reduce the size of unhealthy products.

Mondelēz is also under pressure from rivals Nestlé, who in March claimed a world first by restructuring the sugar it uses in its sweets to produce a bar of white chocolate with 30 percent less sugar than its standard Milkybar.

Mondelēz has unveiled plans to reduce the sugar in some of its other products, including Jelly Babies and Wine Gums.