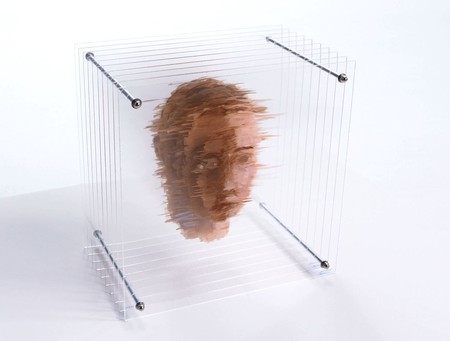 'Layers of Self' | © and courtesy of the artist

Award-winning British artist and architect Mark Dziewulski attempts to frame Alzheimer’s in a positive light through his latest series of painting and sculpture.

The artwork, which was exhibited most recently at the prestigious Venice Biennale last year, is an exploration of Mark’s own feelings watching his mother battle the disease. 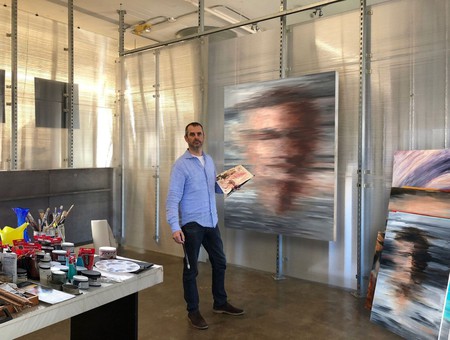 Mark in the studio | © and courtesy of the artist

Mark was originally drawn to art through experimentation, playing with his grandfather’s paints and sculptural materials at a very young age. However, his father directed him towards architecture, a ‘far more sensible career,’ and so throughout his life he has straddled both worlds with grace and success.

For the past 10 years however, a large portion of Mark’s life has been spent acting as primary caretaker for his mother, who suffers from Alzheimer’s. ‘The most difficult part of it,’ he tells Culture Trip, ‘is accepting a steadily increasing divide between you and that person you know intimately and understand so well.’

This growing rift between a mother and son, like a shifting tectonic plate, is something Mark has been forced to take in his stride. His ability to accept the inevitable downward spiral of the disease has been aided by his insistence on transferring his emotional struggle into artwork that serves as both therapy to him, and as hope to others going through a similar ordeal. 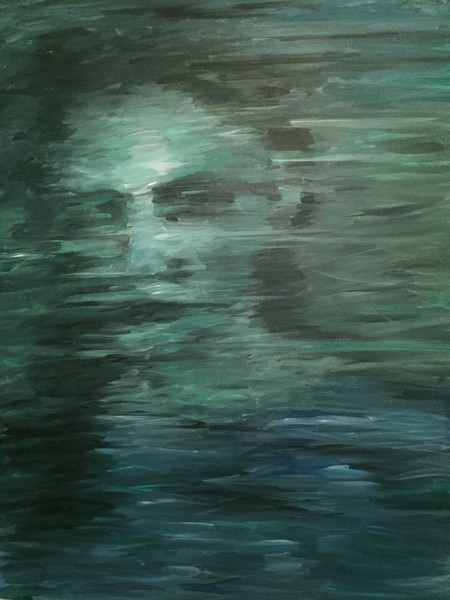 Selfie 20 | © and courtesy of the artist

‘I wouldn’t necessarily say that the work celebrates an overcoming of tragedy,’ Mark explains, ‘but rather a coming to terms with the way that our understanding of, and relationship to, others evolves overtime. This evolution can be complicated and at times, beyond our control, but the point is that that is okay.’

And not only is it okay, but it has pushed Mark to rethink everything he thought he once knew about what defines us as people. ‘My mother’s diagnosis of Alzheimer’s inspired me to capture the essence of people’s characters, introducing the elements of memory, movement and time. I want to reflect the positive aspects of what it means to be human and celebrate people’s personalities.’

A prime example of this is his sculptural series entitled Layers of Self. Made up of multiple sheets of transparent plexiglass, each painted with a unique portrait, the work is set up to create the illusion of a three-dimensional bust. In his own words the piece ‘intends to manifest the nature of people’s characters, which we discover in layers that are built up to create a whole. The challenge of realising character in layers speaks to my background in architecture, but also to my firm belief that life demands a multiplicity of perspectives. Who we are is not defined by just one layer.’

'Layers of Self' | © and courtesy of the artist

Along with the sculpture, Mark has also created a series of paintings called Essentia. Similar to Layers of Self, the portraits serve to remind the viewer that a personality is something which is hazy. The blurred lines of the faces he paints illustrate this view, blending into one another as do the various aspects that make up our whole.

‘At the heart of the kind of imagery I am producing,’ Mark explains, ‘is an exploration of both absence and presence. Certain motifs persist: for example, the works derive from the ephemeral imaging peculiar to digital systems. For years, I would spend hours a day in my studio in San Francisco on Skype with my mother in England, maintaining a line of communication that was not just verbal or visual, but instead about sensing one another’s presence.

‘My artworks deconstruct visual references, testing how far interference can go before recognition is lost. This is in many ways my coming to terms with a complex disease, whose lessons pose deeper philosophical and existential questions.’ 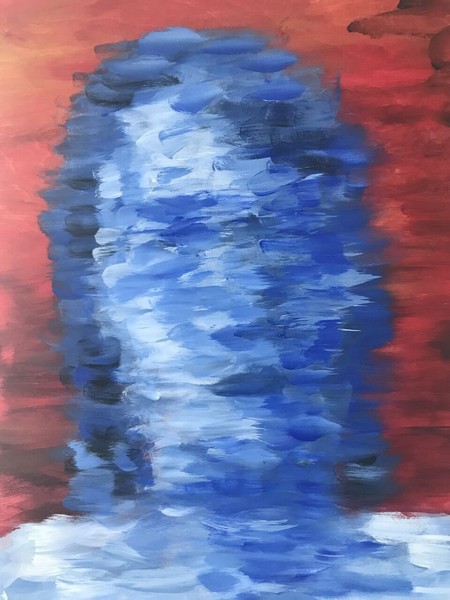 On April 25, Mark will show both Layers of Self and Essentia at Gallery Different in Fitzrovia, London. The exhibition is particularly important to him as it will bring his work home to London for the first time.

‘My intention is to invite people to explore how we really see each other. I hope that for each viewer, this presents an entirely unique encounter.’

In terms of his favourite work in the upcoming show, it is fittingly a portrait of his mum. ‘My favourite work is a small, violet painting of my mother. It is particularly vibrant and captures her radiance, though it is difficult to pinpoint what makes a work truly tick. This is the real challenge of the artist.’ 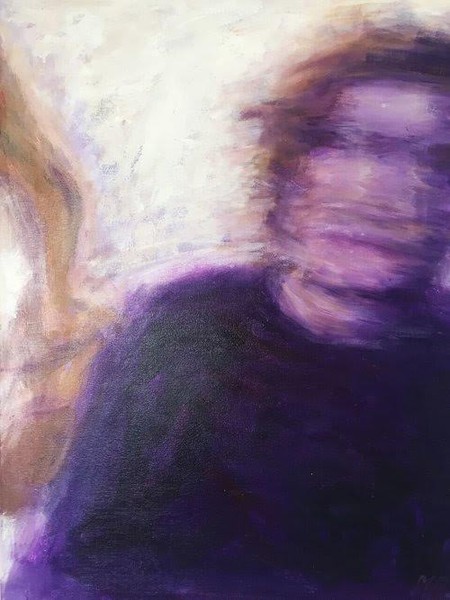 Mark Dziewulski’s Layers of Self and Essentia will be on view at Gallery Different in Fitzrovia from April 26–May 1. The opening event will be held on April 25 from 6–8pm.