A new survey has found the 20 best picnic spots in Britain, is there one near you?

With its stunning sand dunes and majestic limestone cliffs on three sides, the aptly named Three Cliffs Bay in Gower, Wales, has been crowned the best location for a family picnic, and you can see why.

This will come as no surprise to those that live around the Welsh coastline, which boasts some of the best beaches and coastal walks in the UK. The result came after a panel of travel experts and parents drew up a nationwide shortlist which was then put to a public vote, with over 2,000 people taking part. Padley Gorge in the Peak District came a close second, while Wales again took third place with Aperporth Beach in Cardigan Bay. 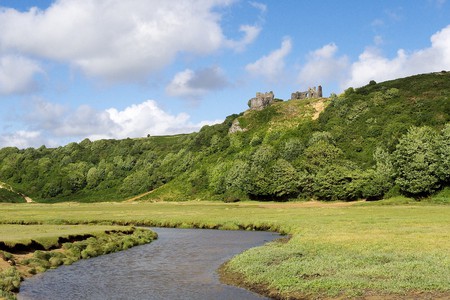 According to the survey, 85% of us enjoy a picnic during the summer months, and nearly two thirds (60%) of us choose a different outside destination to dine at each time. What’s more, we’re prepared to travel for a good picnic too, with 36% of British picnic fans prepared to drive over an hour to find the perfect spot.

While a beach picnic potentially runs the risk of sand in your sandwich, often the amount of space, the opportunity for beachcombing and walking to work up an appetite, make a picnic in the dunes worth it.

The Top 10 family picnic spots in the UK are:

The survey of 2,000 British adults was conducted in July 2017, on behalf of DisneyLife.