Best Breweries In The United Kingdom 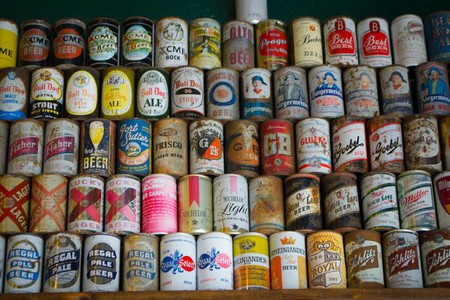 Head brewer Logan Plant shares his father’s (Led Zeppelin’s Robert Plant) love of the USA’s Deep South. For Logan, however, it isn’t the sounds of the delta blues but barbecue and hoppy beers that led him to open up Dukes, a USA-style barbecue joint in East London. Duke’s success put Beavertown on the map. Adopting the recent trend of quality beer in cans, Beavertown make a Hoppy India Stout (Holy Cowbell). There are also a hugely hopped Rye IPA (8 Ball), and a Session IPA ale with big crisp citrus notes (Neck Oil). You can easily spot the cans with their comic book-ready designs.

Most lighter styles of beer are meant to be drunk fresh. Forget your Belgian trappists or German lagers and check out something made within a mile of the brewery. Based in Fife, Scotland, St Andrews Brewing Company does just this, by brewing their beer minutes away from their brewpub. Catch one-offs like their Chai-Porter with cardamom, nutmeg, and cinnamon, Plum Saison with fresh plums from a local orchard, and a Mocha Porter featuring locally sourced chocolate and coffee. After brewing, all grains are shipped out to be reused for other local uses setting a high standard for eco-friendly breweries.

While in London one can walk the Bermondsey ‘Beer Mile’ to find a row of cheese shops, honey producers, and breweries all beneath an abandoned railway line. One of the breweries leading the charge, Kernel Breweries, makes some of the most awarded beer in the UK. Brewer Evin O’Riordain sought out old British recipes from the 1890s for his celebrated Export Stout 1890, an impeccably executed dark black beer with a dense espresso finish. Recently, Evin has been again making some of these brews in Whisky barrels bringing his Imperial Brown Auchentoshen up to a boozy 12% ABV. Evin believes in doing a small range of beer styles incredibly well. All staff at the brewery rotate responsibilities whether its delivery, brewing or accounting to create a true team effort.

People sometimes claim beer isn’t for them. They prefer wine or cider or something they deem more drinkable. Today’s beer renaissance is experimenting with styles that have long been forgotten about or rarely brewed. Somerset’s Wild Beer Company specialises in such brews. With wild yeasts, tons of fruit, and barrel ageing, the beers you will taste from Wild Beer are unlike any you’ve had before. Close your eyes and you’d swear it was a champagne, pear cider, or prosecco. Try their apple-packed Ninkasi, oak-aged Modus Operandi, and Epic Saison for a start.

Beer can take time to develop and become more sophisticated. Burning Sky had this in mind when setting up their brewery in an old Sussex farm. Burning Sky produces farmhouse style Saisons that are sometimes wildly fermented creating a rustic earthy taste. These styles have been popular with Belgian farmhands who’d drink these low ABV beers to quench their thirst. Their Saison a la Provision and Saison L’ete are stand outs.