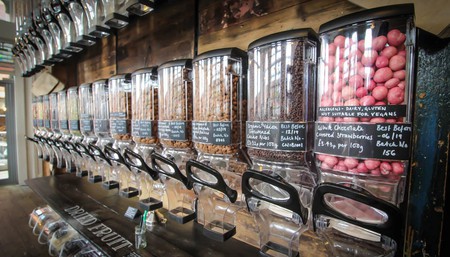 Situated on Digbeth High Street, The Clean Kilo stocks everything from rice to coffee beans, milk to bread and even allows customers to grind their own peanut butter and juice their own oranges in-store.

Customers can purchase Kilner jars in-store, bring their own or take some containers from the shop’s “free to a good home” shelf to fill with products like rice, pulses and fresh vegetables from local farms. 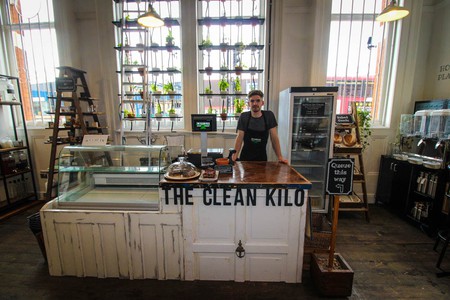 “The idea behind the store is about circular economy; the idea is all about reusing,” explains Clean Kilo co-founder Tom Pell.

“You can bring anything, any kind of tub – as long as it’s clean and goes on the scales – and you can fill it with whatever you like.

“Zero waste is a lifestyle as well as a type of shop, but it’s all about trying to cut down every kind of waste. We don’t give out receipts unless you ask for one, as receipts are on thermal paper which is non-recyclable.

“We try to have as wide a range of products as possible – it’s difficult for us to have things like crisps and biscuits as they go stale quickly – but we’ve got all your dried products like pasta, rice and beans, as well as herbs, spices, bread, veg, cleaning products…” 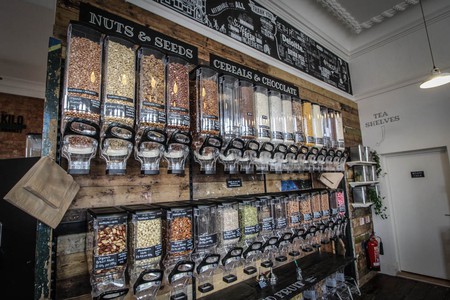 Following a successful crowdfunding campaign which raised £20,000, The Clean Kilo opened its doors on Saturday, June 16, 2018, with queues stretching out the door and down Digbeth High Street. Tom couldn’t be happier with the response.

“It’s been massively positive. We had queues out the door on Saturday.”

“We’ve been busy every day. It’s been quite a good steady flow of customers, and we’re hoping to open a breakfast bar soon so that people can fill up on cereals, fruits, oat milk and yoghurt before they go to work.”

It’s also a very local affair with all of the products, proving that The Clean Kilo’s ethos is not just about using less plastic. “We are trying to grow our own herbs, with customers able to pick what they want rather than having to buy a packet or a plant from a supermarket,” Tom says.

“The bread is from local bakery Peel & Stone. The ice cream is from Droitwich Spa, and the cakes are made in Moseley. We also hope to have [by this weekend] cheese, yoghurt and butter from a small independent farm in Ludlow. So, as you can see, local produce is very important to us.” 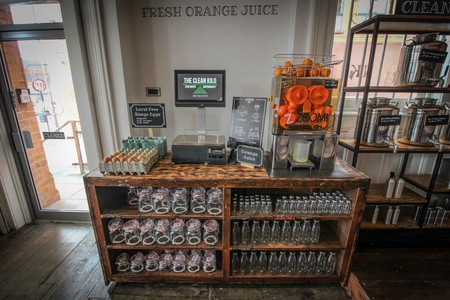 While a waste-free shop in Birmingham is not going to solve the world’s plastic problems, it’s important that The Clean Kilo raises awareness.

It’s estimated that over 50% of the world’s sea turtles have consumed plastic at some point in their lives, with at least eight million tons of plastic waste entering our oceans every single year.

The average plastic bag takes around 1,000 years to break down, so when you see products with natural skins (such as bananas) being wrapped in plastic, it makes you wonder why this is necessary.

It’s almost impossible to find some products free of plastic in supermarkets, and this is why Tom felt it was time to change that.

“Parts of Birmingham’s streets are coated in bits of plastic, and even when I go out and pick up rubbish outside the shop, it’s back looking the same the next day,” Tom explains.

“I felt like I couldn’t sit around and do nothing. Regardless of whether this shop makes a massive impact or not, all I want to do is raise a bit of awareness, and hopefully, this is enough to make people think about their use of unnecessary plastic on a smaller scale.” 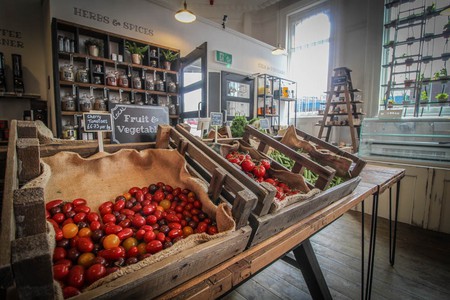 Tom continues, “Supermarkets say they wrap their products in plastic to prolong life and to prevent damage in transit. But I’ve seen big crates of vegetables with no plastic wrapping that have arrived on a three-day ferry from Spain with no damage to them.

“One thing supermarkets could do is put more loose fruit and vegetables out rather than forcing customers to buy higher quantities of food wrapped in plastic, some of which they are likely to throw away anyway.”