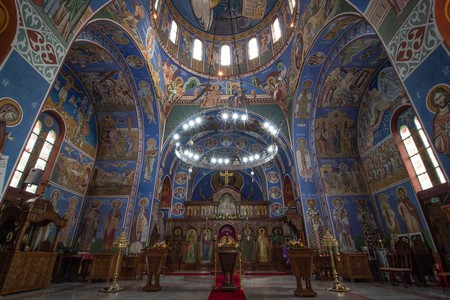 Nestled in a leafy south Birmingham suburb, this beautiful, ornate Orthodox Church is home to one of the largest Serbian communities in the UK.

Most people who live in and around the Birmingham suburb of Bournville will have regularly passed Lazarica Church without a second thought – its unassuming facade a stark contrast to the intricate, ornamental frescoes adorning its interior walls. Lazarica, an important hub for the Serbian community, is dedicated to the Holy Prince of Lazar of Kosovo, whose relics lie within the church foundations. 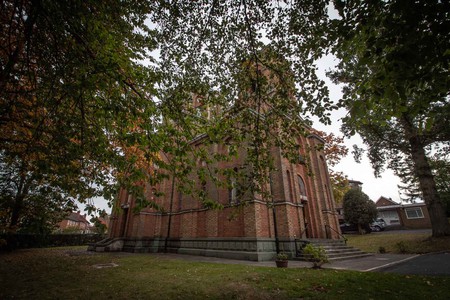 Birmingham’s Serbian Orthodox Church of the Holy Prince Lazar is a beautifully constructed purpose-built church and was the first of its kind in the UK. Built in 1968, the church came as a result of many Serb exiles being recruited from the former state of Yugoslavia and World War II displaced person camps, creating a new community in the process. 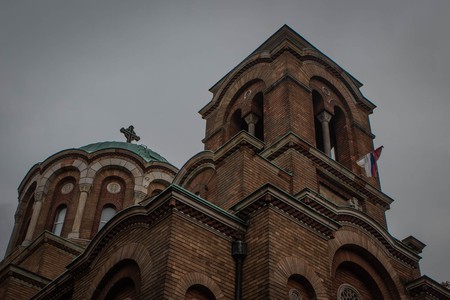 Known locally as Lazarica, the church has continually been the focal point of the city’s Serbian community and is set to celebrate its 50th anniversary with a set of ceremonial events on Sunday, 7 October 2018.

Father Nenad, The Very Reverend, explains how the Serbian community will get together to celebrate the church’s anniversary: “We start our celebrations with the doxology of the four bishops on 5th October,” explained Fr Nenad. “After that, the second celebration brings five choirs from Birmingham and one from Serbia together to perform sacred orthodox music.”

“The next day we have the morning service, after that the official visit of bishop Jonathan Goodall [Church of England bishop], followed by a visit to Coventry Cathedral. On Sunday [7th October] we welcome the Patriarchs from Serbia; then we all go to Droitwich Spa for dinner, traditional dancing and singing.” 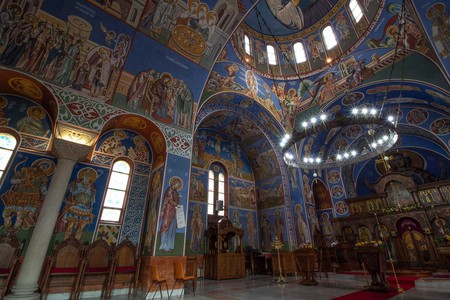 The church itself is a unique example of 14th-century Byzantine-inspired architecture, with various religious scenes depicted in its colourful medieval-style frescoes and al secco paintings upon the walls and ceiling. The marble floors and walls, sandstone columns, walnut furniture and candelabra were all brought from the former state of Yugoslavia and bear a symbolic relationship with sacred places there. 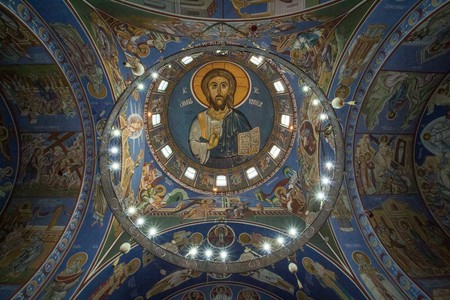 Perhaps the most striking of Lazarica’s frescoes is the large mural of Jesus that sits above a circle of dangling lights in its dome, but the entire church tells its own story. “On one side is the crucifixion; they start with the last supper and end with putting the body in the tomb,” explains Fr Nenad. “Opposite the crucifixion is the resurrection and everything that happened in the Pentecost and the Day of the Holy Trinity. On the west side is the story of Mary and what happened from when she was born until the end of her life.” 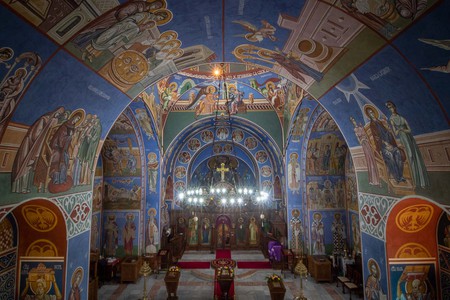 Following World War II, many Serbians were recruited from displaced person camps in Germany to work on essential trades in the United Kingdom, such as coal, steel and medicine. Around 10,000 Orthodox Serbs ended up in the UK, most of whom lived in temporary accommodation, and their religious services took place at Anglican churches and hostel chapels.

As demobilisation of the British Armed Forces began, labour shortages were not as demanding, and the Serbian immigrants were allowed to find more congenial employment and achieve permanent residency. This led to most immigrants heading towards the UK’s most industrial cities and towns – like Birmingham – for work.

In 1954, a residential property was purchased in Cotteridge for the priest at the time, Fr Radovan Miljković, who scoured the country to gather Serbian Orthodox exiles in the Midlands. A small chapel was consecrated in 1959, but it soon became too small as the parishioner numbers grew rapidly. A new site was found around 1.2 miles (1.93 kilometres) away, which was owned by the Cadbury family, and the land for the church that stands today was officially purchased. 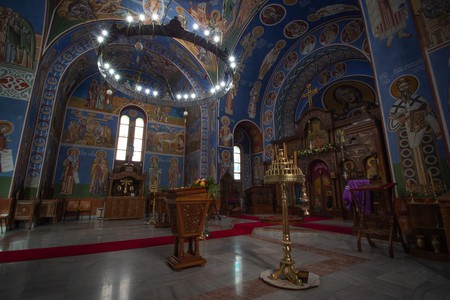 Lazarica Church’s foundation stone was placed in 1965, with the construction of the church completed in 1968. Approximately 6,000 people witnessed the consecration of Lazarica Church, which is quite a large number considering only 10,000 Serbian people were recruited to the UK following World War II.

“Our community is keeping the Serbian language – a Cyrillic language – alive. They’re keeping the Orthodox faith, but they’re also enjoying friendship with our neighbours. And we have a lot of support from them.” 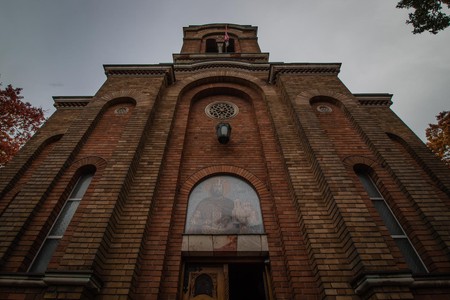 Thanks to the Bournville Village Trust, the philanthropic Cadbury family, the late Midlands industrialist Sir Alfred Owen, the late Fr Milenko Zebić and his exiles who worked hard to build the church, the legacy of Lazarica still stands proudly today.