The genre of Gothic Romanticism has had such a profound influence on the English literary canon. So much so that featured characters are now considered iconic, be they hero or villain. Vampires, devil-worshippers, and ghosts have all become the stuff of modern popular culture, spawning film franchises, book spin-offs, art, and music. Whether the horrors of the genre stem from supernatural phenomena, macabre settings, or merely from psychological thrills, Gothic has served as satire, didacticism, or even sheer escapism for the authors and their audience. We present 10 books from the genre that are absolute must-reads. 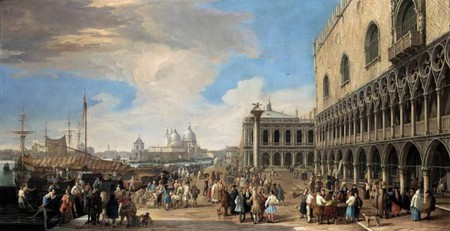 Venice: A View of the Molo | © JarektUploadBot/Wikicommons

An absolute shocker in its time, Zofloya is a highly romanticised portrayal of Venetian society, laid bare in all its supposed depravity and debauchery. Starting with the disintegration of one particular family through the adulterous liaison between Laurina (the wife), and Adolph (the friend of the husband), the novel traces the eventual decay and decline of Laurina’s children, namely, Victoria, a wilful and spoilt beauty. Her wayward impulses and selfish desires shall inevitably lead her straight into the control of the Devil, who, in this instance, happens to have taken the guise of her trusty servant, ‘the moor’. Controversial and outrageous to contemporaries, Zofloya is an unsubtle study of the consequences when barriers in conventions, social class, race, and ethical mores are smashed by the immoral and the self-indulgent. 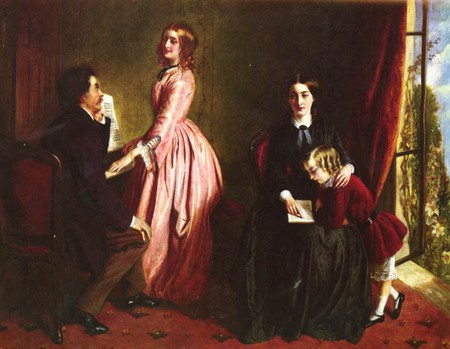 Hailed as one of James’ greatest triumphs, The Turn of the Screw is an unsettling study of the supernatural and of sub-conscious impulses. When a governess is commissioned to take two children, a boy and a girl, under her care, her insistence that the place is being haunted ultimately results in mental and physical catastrophe. Though the exploration of the supernatural is, in itself, masterful, what makes this work truly stand out is the ambiguity and uncertainty that wreathes the whole plot; namely, does the governess actually see what she thinks she is seeing? Several interpretations have been offered at the altar of literary criticism, from the Freudian theories of sexual repression, to discussion on madness and mania in the governess herself, to post-modern hypotheses on the impact on environment and circumstance on mental well-being, so that James’ simple ghost story has become so much more to his enthralled readers. 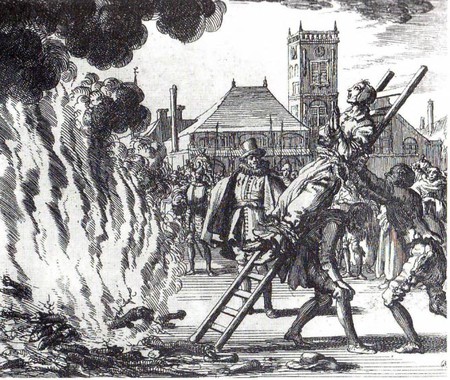 Written at the height of Gothic mania, Lewis’ magnum opus caused great outrage from the more puritanical strains of society when first published. A gruesome tale narrating one Spanish monk’s descent into depravity, sin, and damnation beyond any hope of redemption, Lewis’ distinctly anti-Catholic masterpiece interweaves the supernatural and the disgusting, with plot elements such as incest, rape, murder, necromancy, sorcery, duplicity, and incessant hauntings, to name but a very small, colourful, few. A superior tribute to the Gothic genre, The Monk is the perfect read for those wishing to understand to the fullest the characteristics of a full-fledged horror novel, as well as truly appreciating the pervasive atmosphere of anti-Catholic and anti-continental thought at the time. 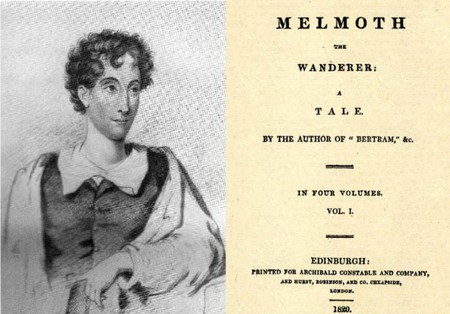 Forming one third of the Irish triptych of horror, along with Le Fanu and Stoker (an Irish branch of Gothic which in itself can be said to be a sub-genre of the Gothic Romanticism, which arose from the resentment felt by the Irish at the Protestant English incursion), Maturin’s Gothic tale is not well-known, unlike some of its more famous counterparts, and yet it is a masterful exploration of a very basic premise: would any human, no matter how desperate or destitute, ever trade their soul for eternal comfort? Melmoth the Wanderer is Maturin’s exploration of this, drawing on the themes of hunger, sacrifice and human greed to create a complex Chinese-box structure of interweaving and inter-related stories, centring on the elusive, charismatic, omnipotent, and omniscient Melmoth, cursed to an age of roaming and damnation.

The Mysteries of Udolpho | © Sapcall22/Wikicommons

Ann Radcliffe | The Mysteries of Udolpho (1794)

The most famous of all her Gothic Romances, Ann Radcliffe’s The Mysteries of Udolpho had such an impact of the literary movement, that it even became an object of much mention (and satire) in Jane Austen’s Northanger Abbey. Though its evocative use of atmosphere, setting, and mood makes it very much part of the Gothic genre, an interesting peculiarity to note is the absolute absence of anything remotely supernatural; instead, the unnatural occurrences and scenes of skilfully built-up tension are explained using entirely natural causes, with the focus of the horror lying in the descriptions of the strange occurrences themselves, rather than the causes behind such happenings. Recounting the trials of the unfortunate Emily St. Aubert, Udolpho is especially famous for its archetypical villain, Count Montoni, who became the prototype of what was later known as the Byronic hero. 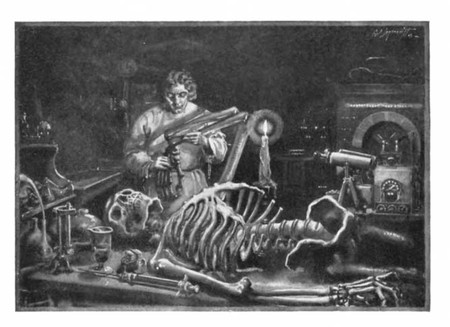 Plate found on page 7 of Frankenstein, captioned “FRANKENSTEIN AT WORK IN HIS LABORATORY.” | © Theornamentalist/Wikicommons

An unfortunate victim of its own success, Frankenstein’s monster has become so famous that more people know of it as a Halloween costume, rather than the Gothic novel. A thoughtful and insightful piece of fiction that shows the disastrous consequences of scientific endeavour gone far too far, Frankenstein is as much a cautionary tale that is pertinent to our time, as it was when first published. Told from the perspective of Victor Frankenstein, a doctor who becomes afflicted by the results of his own genius, this tale narrates his trials and tribulations as he creates, abandons, and is eventually mercilessly dogged by his own creation – a creature he refuses to acknowledge or accept. Filled with retrospective regret, and the pervasive claustrophobia only felt by the sorrowful, Frankenstein is a must-read classic of all times. 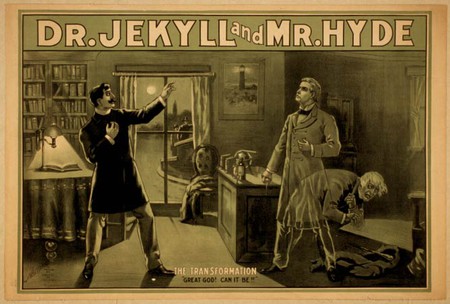 A surprising forerunner in psychological analysis of what was formerly known as Split Personality Disorder (and is now more considerately re-labelled Dissociative Identity Disorder), Dr Jekyll and Mr Hyde is a chilling exploration into the duality that is present in all individuals, a duality that is always fragile and constantly at risk of being eventually overwhelmed by the darker side. Using the simple plot device of a magical potion that can release an individual’s alter ego into an actual physical manifestation, Stevenson uses this to excellent effect in a manner similar to Plato’s Ring of Gyges parable. A scathing critique of experimental science, as well as a condemnation of the seedy duality in Victorian England, Stevenson’s classic has endured as an excellent tribute to psychological and scientific exploration. 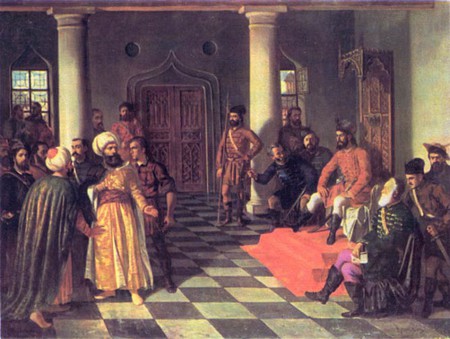 Vlad the Impaler and the Turkish Envoys (Theodor Aman) | © Bogdan/Wikicommons

Potentially the most famous of the 10 books listed here, Stoker’s eponymous character has superseded the original legend of Vlad the Impaler and the book itself, becoming the object of endless re-tellings and reinterpretations. Told in an unusual epistolary style, Dracula depicts the Romanian Undead’s attempt to take England under his control, leaving a trail of destruction, undead bodies and earth-filled coffins in his wake. Some critics have argued that Stoker’s nationalistic overtones are evident in the use of a blood-sucking demon, an allegory criticising the pernicious control that the English had over the Irish land, whereas others simply call Dracula one of the last of a dying breed of Gothic novels, where realism and naturalism had become more important movements. Regardless of the motive behind Stoker’s creation, Dracula has catapulted the Vampire genre into instant and enduring fame. 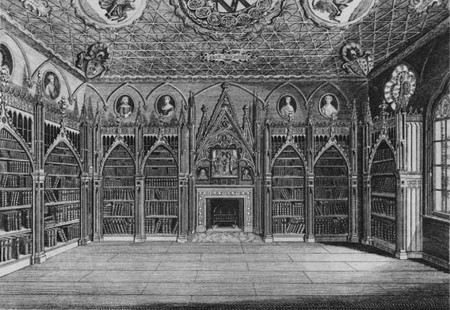 Famed for being the very first of the kind and the book that inspired an entire era of Gothic Romanticism, The Castle of Otranto is a tangled tale of inexplicable events, the discovery of lost-lost relations, fulfilled prophecies, star-crossed lovers, and mistaken identities, all of which leads to deceit, violence, and murder. The story itself centres on the fall of Manfred and his house through the fulfilment of an ancient curse, and Manfred’s doomed and increasingly desperate attempts to prevent this. An interesting fact to note about the story is that when it was first published (to great acclaim), Walpole ‘enhanced’ the authenticity of his work by claiming that it had been translated into English from an old Italian manuscript, whose origins dated back to the Crusades. Though considered convoluted in plot by many, its place in the canon as the first Gothic novel makes it a necessary read. 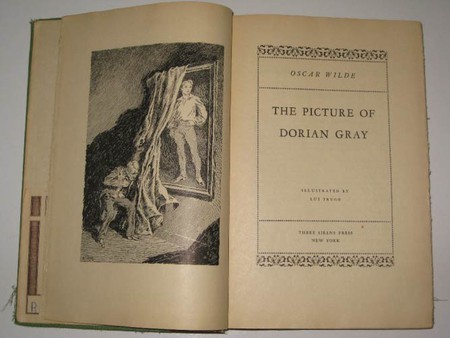 A huge success in its time, this is the only full-length novel of the famed playwright. The pessimistic tone of the book is at great odds with the usually flippant tone of Wilde’s society comedies and this ability to switch literary mediums made the work that much more commendable. Constructed around the simple principle of having the ability to do as one desires (similar again, to the Ring of Gyges literary trope), Dorian Gray portrays – in brutally vivid narrative – the ever escalating descent of one individual soul into ‘hell’, through the exchange of his mortal soul for the sake of eternal beauty and youth. The crimes he commits, ranging from the petty sins of callousness and vanity to the greater sins of debauchery and murder, make no mark on his visage, marring the beauty of the portrait instead. A dark and macabre depiction of the ugliness of human nature, Dorian Gray is as much a cautionary tale about the excesses of vanity and depravity now, as it was then.