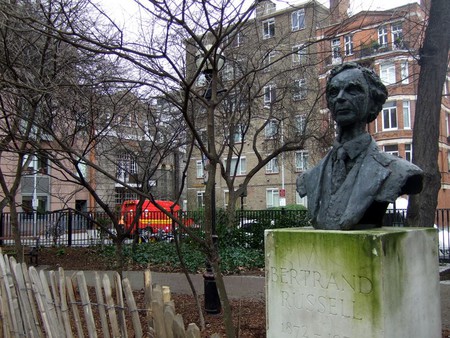 As member of the profoundly influential set of analytic philosophers that included Ludwig Wittgenstein and G. E. Moore, Bertrand Russell is more often associated with Cambridge than London. However, as a professor at the London School of Economics and later as a political activist, Russell spent much of his time in the capital and contributed greatly to its philosophical and radical heritage.

Bertrand Russell was born into one of the most prominent families of the British Aristocracy. His parents, Viscount and Viscountess Amberley were prominent radical thinkers. Lord Amberly, for instance, consented to his wife’s affair with their children’s tutor, the biologist Douglas Spalding — no doubt as scandalous then, as it would be today. Although born in Wales, Russell spent his early years at Pembroke Lodge, a Georgian mansion at the edge of Richmond Park. Once the home of Russell’s paternal grandfather, the Prime Minister Lord John Russell, the house overlooks the Thames Valley towards Surrey. After World War II, the lodge became a tea room and is still used for this purpose today.

Russell’s first memory is of his time spent at the lodge, which he recounts in his autobiography:

It was in these early stages of life that Russell Began to commit to some of the philosophical causes for which he would later become famous. He recalled that at the age of 15 he began to develop serious doubts about the Christian faith and the idea of free will. Later, aged 18, he abandoned religion altogether and became an atheist.

In 1890, Russell won a scholarship to Trinity College, Cambridge. Reading for the prestigious mathematics tripos (Cambridge’s undergraduate mathematics course), Russell distinguished himself as a scholar, graduating as high Wrangler (meaning he gained first class honours) in 1893. Russell threw himself into life at Cambridge. He became a member of the Cambridge Apostles, a secretive drinking society, open only to the most free-thinking and intelligent of Cambridge undergraduates. 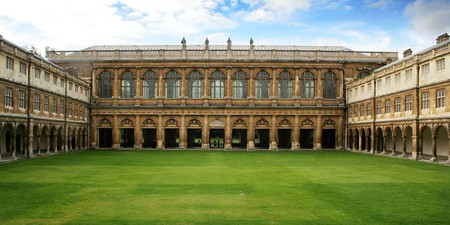 In 1896, Russell moved to London, teaching at the London School of Economics. He published his first notable work, German Social Democracy in 1896. Politics, although a lifelong interest for Russell, it was not the field in which he would make his name. Soon after moving to London, he returned to Cambridge to study mathematics. He continued to write on philosophy. In 1903, he published The Principles of Mathematics, a work still celebrated today that argues that mathematics and logic are identical. In 1905, Russell published the essay, On Denoting, a contribution to the philosophy of language. By 1908, Russell had been elected to the Royal Society and published his Principia Mathematica, which cemented his reputation as one of the great philosophers of the age.

Russell’s pacifism during the First World War saw him dismissed from Trinity College. In 1918, he was sentenced to six month imprisonment in Brixton Prison for publicly lecturing against the US joining the war on the side of Britain. It was the first of two sentences Russell would serve there. During this time, Russell lived in London, near the British Museum. His time here is immortalized with a blue plaque. Throughout his life, he managed to combine his intellectual activities with relentless activism. 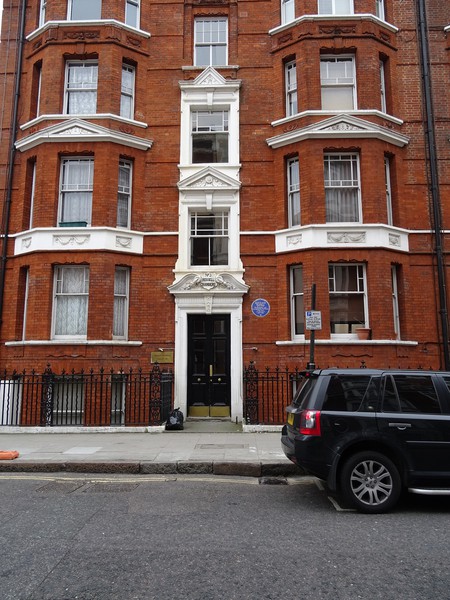 Russell published his immensely famous A History of Western Philosophy in 1945. In 1948, he survived a plane crash in Norway. He later said that he owed his life to smoking, the only passengers in the non-smoking section of the plane lost their lives. In 1950, Russell was awarded the Nobel Prize for Literature. In 1961, Russell, then a spritely 89 year-old, was jailed for seven days in Brixton Prison after taking part in an anti-nuclear rally in London. During his sentencing, the magistrate offered to spare Russell jail if he promised to behave well in the future. Russell replied: ‘No, I won’t’.

Russell was in good company, Mick Jagger was imprisoned there later in the decade. Brixton Prison might not be the most visitor-friendly attraction London. Fortunately, it’s adjacent to the 200-year old Ashby’s Mill (better known as the Brixton Windmill), London’s last remaining vintage windmill. Russell continued to defy expectations, even in later life. In 1967, he played himself in the anti-war Hindi film Aman — his only cinematic experience.

Betrand Russell died on February, 2, 1970 in Plas Penrhyn, Wales. In 1980, a memorial by the sculptor, Marcelle Quinton, was unveiled in London’s Red Lion Square, close to Russell’s former home.