'Beauty and the Beast' Review: A Fiercer Belle and A Gentler Beast 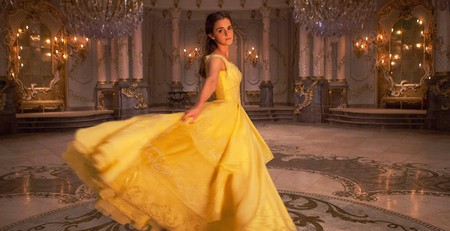 Emma Watson as Belle in Disney's BEAUTY AND THE BEAST | © Disney

Disney’s newest live-action remake presents a fiercer Beauty and a gentler Beast, but its attempts to be progressive fall short of the mark.

Following the success of Disney’s recent remakes – with last year’s superb Jungle Book and 2015’s Cinderella garnering critical acclaim – it seems Disney knows when they’re on to a good thing. Cue their latest offering, a vibrant revamp of 1991’s Beauty and the Beast.

From the get-go, the live-action film is a nostalgic delight for ’80s (and ’90s) babies: the soundtrack remains faithful to the original, featuring jovial renditions of ‘Belle’, ‘Be Our Guest’ and ‘Gaston’, and a gentler version of the titular ballad ‘Beauty and the Beast’. As with the original, the musical numbers are easily the most enjoyable parts of the film, particularly those performed by the villagers – ‘Belle’ and ‘Gaston’ are impeccably choreographed and performed with such exuberance it’s impossible not to be totally enthralled.

The backdrop to these sing-songs is a visually gorgeous, archetypal fairy tale world. There’s Belle’s quaint, hilly French village, all chocolate box cottages and bustling marketplaces. The Beast’s castle is imposing yet inviting, replete with exquisite decor and sumptuous feasts. Director Bill Condon masterfully immerses us in surroundings that are fantastical but not absurd – a description apt for the relationship that plays out between the film’s eponymous characters. Emma Watson plays – of course – a convincingly book-smart Belle; a trait that becomes the foundation of her bond with the Beast. Dan Stevens, used to playing the posh boy role in Downton Abbey, makes for a cultivated and endearing Beast. A touching, believable romance blossoms between the two, characterised by witty repartee that feels like a genuine interaction the two actors might share. 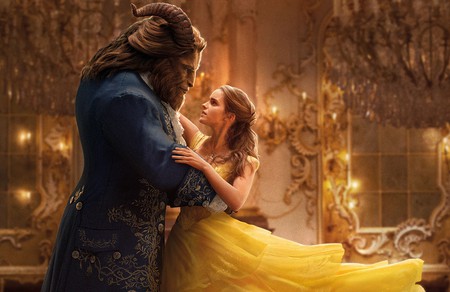 There is, of course, the underlying question of gender roles. Disney seems to be on the right track with newer films like Brave, the story of a princess who fights for her choice to marry a person of her choosing. But how can fairy tales and feminism work? It’s hard to ignore the screaming overtones of Stockholm syndrome in Belle’s entrapment, but that’s not to say the film doesn’t attempt to make up for it: the reinvented Belle is louder, smarter and fiercely loyal, rather than self-sacrificial.

An attempt at being progressive is made in a couple of other places in the movie, too, but neither are really as much of a big deal as they’re being made out to be. Conceited Gaston, played to a T by Luke Evans, has a gay admirer in his trusty sidekick Le Fou (Josh Gad). There are plenty of winks and nudges throughout, but Le Fou’s big coming out moment is more or less lost in the film’s climactic end. The same goes for Disney’s first live-action interracial kiss, shared between the piano and the wardrobe once they revert to their human form. These supposedly groundbreaking moments are dwarfed by the revelation of the film’s star-studded cast – we’re more interested in Mrs Potts’ transformation into Emma Thompson.

Beauty and the Beast is an almost flawless remake; one that captures all the magic of the original animation with a sense of humour and renewed energy.