Bananarama Are Reuniting For a Massive UK Tour 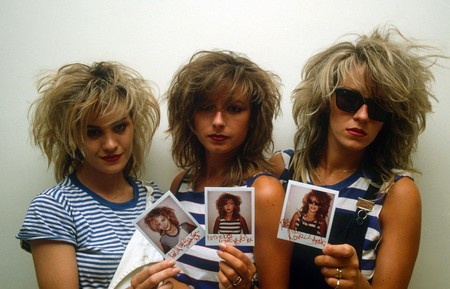 Bananarama have announced that they are set to reunite for their first UK tour in 29 years.

The 80s pop legends, made up of Keren Woodward, Sara Dallin and Siobhan Fahey, have patched things up after splitting acrimoniously in 1988.

At the height of their fame, the band sold 40 million records, but Fahey left to form Shakespeares Sister.

Sara told The Sun, ‘We first had a chat about it over Christmas and before we knew it the whole thing snowballed. Keren and I called Siobhan to chat about it and things went from there.’

Miss Fahey is BACK! We're so excited to be going on tour this Nov/Dec 🇬🇧 Sign up to our new website https://t.co/Vzbwvyu5fy #Bananarama2017 pic.twitter.com/JUBpv7RedA

Siobhan reportedly took some convincing but eventually decided the time was right for a reunion.

She said, ‘I didn’t say “yes” immediately, I was in complete shock but my heart felt a sense of absolute joy and I just felt it was the right time in my life.

‘We’re going to go back and celebrate that extraordinary life we led together in our twenties.’

The band are famous for their hits like ‘Shy Boy’, ‘It Ain’t What You Do’, ‘Cruel Summer’, ‘Venus’ and ‘Robert De Niro’s Waiting’.

Bananarama still hold the record for the most chart entries by a girl group ever.

The trio have got back together before – on Eurotrash in the 90s and at the 20th birthday party of London club night G-A-Y in 2002 – but have always claimed a full reunion would never happen.

Tickets for the UK tour go on sale this Wednesday via aegpresents.co.uk.