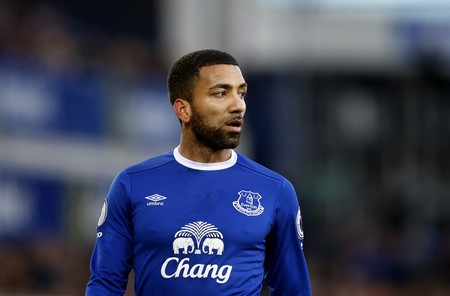 As part of Mental Health Awareness Week, various aspects of the sports industry are offering their support, but the recent news regarding footballer Aaron Lennon highlights how much work there is to be done.

Incredibly, in 2017, there is still the prevailing attitude that adult males should brush off mental illness as though it were a minor bump in the road. Piers Morgan — by no means a moralistic barometer, but a high profile TV personality nonetheless — tweeted that men should ‘man up’. Of course, because being ill is feminine and weak, according to the man who recently described actor Ewan McGregor as a “paedophile-loving hypocrite” because the Scot wouldn’t come on his show for the sole reason that it was Morgan presenting it.

Morgan, admittedly, enjoys his panto villain role across the media landscape. As long as he can be that, and Kevin Pietersen’s best friend, then all is good in the world for the man who thought tapping the phones of murder victims’ families was totally acceptable.

Recently the news broke that Lennon, an Everton footballer, was picked up by Greater Manchester Police near a motorway close to his home and following a 20-minute standoff Lennon was detained under the Mental Health Act. While Lennon received plenty of support on social media, The Daily Mail saw it fit to include the player’s salary in their headline because people who earn large sums of money obviously have nothing to be upset about. The same attitude thinks that metal health is about sadness, rather than being clinically ill and in need of treatment. The brain remains one of the few body part people feel scared to admit is broken.

Dr. N James Bauman, in The British Journal of Sports Medicine, says: “Despite efforts to bring more awareness to the causation and effective treatment of mental health issues, this stigma persists both socially and in the athletic culture. Long established beliefs have proven to be as challenging to change as many of the other discriminatory practices receiving media attention, political dialogue and legal debate. Although these other issues have their own set of challenges that inhibit healthy social change, a thread of historical stereotyping is common to all of them, including mental health.”

Unsurprisingly, given the levels of pressure applied to those who work with professional sport, athletes are more vocal about mental health issues than previous generations. England cricketer Marcus Trescothick, multi-Olympic champion swimmer Ian Thorpe and legendary NFL quarterback Terry Bradshaw are among those to speak out about the mental heath illnesses they suffered during their careers. Sometimes, as with the case of footballers Robert Enke and Gary Speed, the problem only becomes truly apparent when it’s too late, with both players taking their own lives. To the rest of the world the acts were sudden, but to the individuals they were clearly the last part of a continuous, ongoing battle.

In an article published for the Mental Health Center, risk factors that are unique to professional athletes were highlighted. Vulnerabilities such as loss of autonomy, competitive failure/aging, career-threatening injury and disengagement/isolation from a team environment are all listed as risks that need to be monitored.

Archaic attitudes regarding what is deemed ‘weakness’ prevail across anything deemed masculine, and sport is a large part of that. The same thing happened last year when a group of retired professional footballers spoke publicly for the first time regarding the sexual abuse they received as children from their coaches. Mental illness, sexual abuse, and even homosexuality, are all slung into one giant, ignorant bucket of problems that ‘proper men’ don’t experience.

With every athlete that is brave enough to publicly discuss the mental illness problems they have faced, experienced or witnessed, the general attitudes of the casual fan will improve. Fans offer plenty of sympathy when their favourite players are physically injured; mental injuries should be no different. Sport is on the right path, but it must continue to up its efforts.