Artes Mundi 7: Meet The 7 Global Artists On The Shortlist

Following the success of Artes Mundi 6 — awarded to Theaster Gate earlier this year — there is already buzz surrounding the shortlist for the seventh edition. The Culture Trip had the pleasure of meeting with the team behind the UK’s leading biennial art prize for Artes Mundi 7. 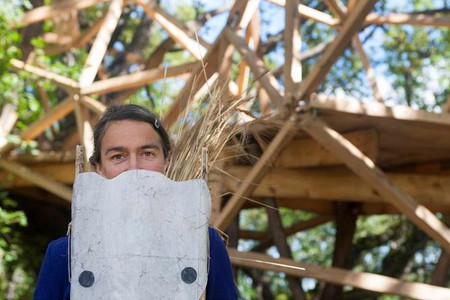 Artes Mundi is an international focused arts organisation that identifies, recognises and supports contemporary visual artists. The £40,000 Cardiff-based prize for Artes Mundi 7 will be announced in January 2017, with the selected artists taking part in a major exhibition of formative and new works running from the 21st of October 2016 to February 26th of 2017 at the National Museum Cardiff and Chapter, Cardiff.

The anticipating lead up to the final already began with an open call of 700 nominations, spanning across 90 countries, which has been whittled down by three selectors to seven of the world’s most celebrated contemporary artists: John Akomfrah, Neil Beloufa, Amy Franceschini / Futurefarmers, Lamia Joreige, Nastio Mosquito, Hito Steyerl and Bedwyr Williams.

Karen MacKinnon, Artes Mundi’s director and curator, said, ‘This group of seven artists brings unique perspective with work that comments on what it means to be human in contemporary society. Whether their work is introspective and deeply personal or whether it comments and engages with broader social and cultural issues through their unique practises, each artist demonstrates the importance and usefulness of art and culture in our every day lives.’ 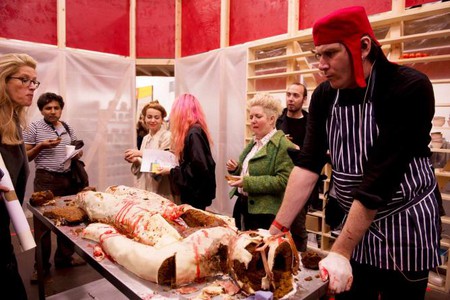 Amy Franceschini is the founder of Futurefarmers, a group of international art and farming practitioners based in California who create a diverse body of work that facilitates various forms of inquiry by challenging systems of public transportation, rural farming networks and food policies. Amy follows the consistent theme of the conflict between humans and nature throughout her work; not only does Amy’s work gain further insight to the latter but also allows deep participation in the places we live. Futurefarmers’ work has been exhibited at the Whitney Museum of American Art, The New York Museum of Modern Art, Solomon R. Guggenheim, MAXXI in Rome Italy, New York Hall of Sciences and the Walker Art Center.

Bedwyr Williams seeks the friction between ‘the deadly serious’ and ‘the banal’ aspects of modern life through multimedia, performance and text. Using identity, humour and a physiological view, Bedwyr takes what it means to be human and turns it on its head. His most recent works have called upon the themes of dystopia and mankind’s significance in the universe through video. Bedwyr has based his current show from his works formed at the Welsh Residency at the 55th Venice Biennale. The accomplished Welsh artist is also in the running for the Film London Jarman Award 2015. 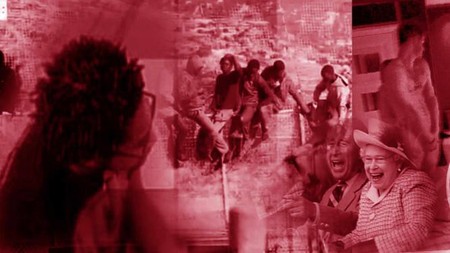 Nastio Mosquito challenges our perception of what it means to be young and black by using mimicry to explore global and African politics. Nastio is particularly noted for his works referring to the Angolan Civil War, consumerism and other symptoms of globalisation. Nastio often places himself centre stage through spoken word and multimedia to address the subjects of his work. In 2014, Nastio was named by The Guardian as one of ‘Ten African Artist’s to Look Out For’ and has gained recognition by performing at institutions including Tate Modern and the Walker Art Center. 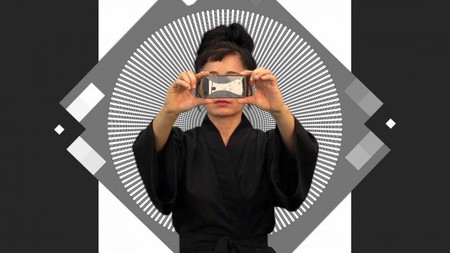 Hito Steyerl, How Not to Be Seen: A Fucking Didactic Educational.MOV File (Still), 2013, courtesy of the Artist and Andrew Kreps Gallery, New York

Hito Steyerl is a Berlin-based artist and writer. Hito’s work holds a very reformative style that often features herself and focuses on contemporary manifestations of feminism and the mass proliferation of images and knowledge gained through digital media platforms. Her prolific solo exhibitions to date include Bank, Shanghai; KOW, Berlin; Artists Space, New York; and ICA, London.

John Akomfrah has been bringing light to the legacy of African diaspora in Europe by creating films — cinematic, documentaries and installations that explore marginalised histories of European society. The director, writer and theorist is well known for films such as The Nine Muses (2010), Speak Like a Child (1998) and The Stuart Hall Project (2013). 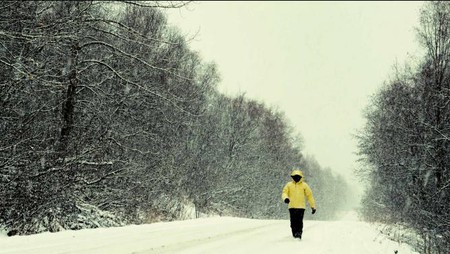 Neil Beloufa is an award-winning French-Algerian artist. Beloufa uses video and multimedia to explore the parody of social interaction through diverse subjects of nationalism and terrorism. The Toronto International Film Festival and London Film Festival are but a few prestigious film festivals where Beloufa’s videos have been screened. Currently, he is nominated for the 2016 Prix Marcel Duchamp. 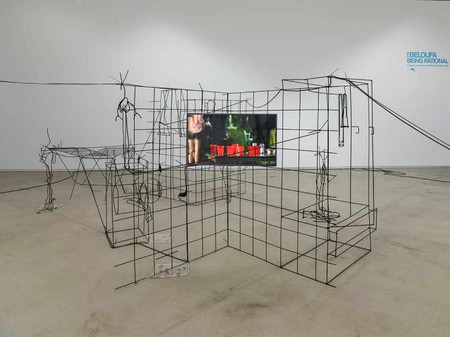 Lamia Joreige uses archival documents to reflect the relationship between ‘individual’ and ‘collective’ memory. The trauma of the Lebanese wars are portrayed throughout her work with emphasis on her home city, Beirut. Joreige’s 2011 video series Objects of War was the first major piece of Lebanese art to be acquired by Tate Modern. Her international name has been included at exhibitions in SFMOMA and Centre Pompidou. 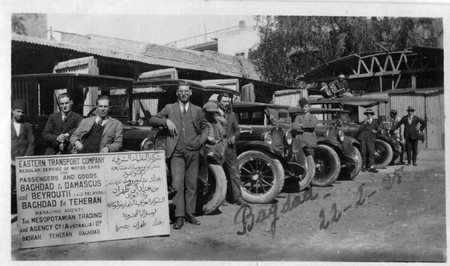 Artes Mundi is a sustainable programme offering outrage prospects, learning projects and a public exhibition prior to the climatic prize giving. With this years shortlist artists, Wales and the UK are in for an artistic treat.

Danielle is the Art Editor for the London Hub of The Culture Trip. She has a fascination with living a life full of creativity. Theatrical soul. Cinematic admirer. Champion frolicker. Avid foodie. Sunset enthusiast.