Apparently, Loving or Hating Marmite Is Down to Your Genes 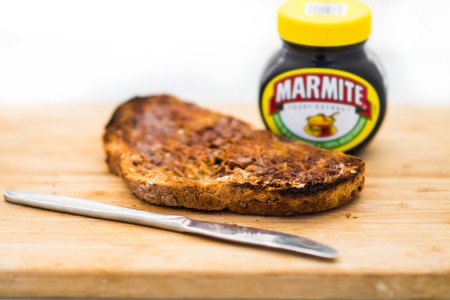 Marmite has to be Britain’s most divisive foodstuffs (and the most seized item by airport security) and with their famous ‘love it or hate it’ slogan, the manufacturers of the yeast spread know it. And now a scientific study has put it to the test.

According to genetics company DNAFit, who specialise in DNA testing in relation to fitness and nutrition, have discovered that your preference towards the spread is something you’re born with. They carried out a study, aptly named the ‘Marmite Gene Project’, using samples from 260 men and women from the UK, and results showed that there were 15 single nucleotide polymorphisms (genetic markers known as SNPs) associated with a taste preference for Marmite.

As researcher Thomas Roos said, ‘Our research indicates that Marmite taste preference can in large parts be attributed to our genetic blueprint, which shows that each of us is born with a tendency to be either a ‘lover’ or a ‘hater’.’ 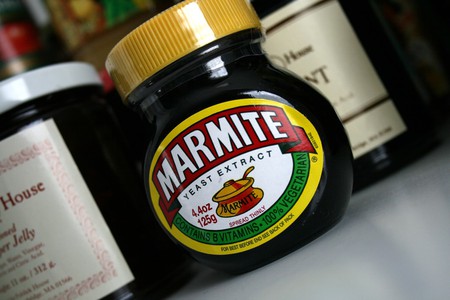 However environmental factors also have a bearing on taste, as New Scientist was quick to point out, as well as pouring cold water on the simplicity of the study – to truly test the effects of these SNPs they say, a more complex experiment would have to be carried out, for example two differing SNPs would have to put into mice to see if they develop with differing preferences to Marmite.

So the science of the study may not be ironclad but we will say this; Marmite certainly know how to market themselves. You can even buy your own (branded, of course) DNA testing kit to see whether your genes say you love it or hate it.