Apocalyptic Anime You'll Love If You're Into Dystopias 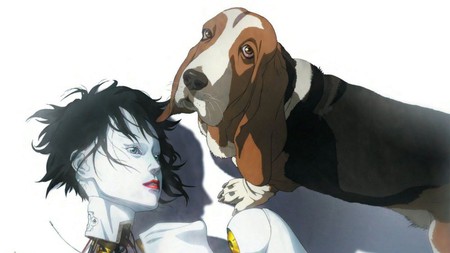 Ghost In The Shell 2: Innocence/©Toho Films

There’s less need to turn to film for dystopian tales these days, as the present reality doesn’t seem too far off. Nevertheless, for some unique visions of a bleak future, the following come highly recommended.

Venus Wars (1989) is an out-and-out classic adapted from the late 80s manga by Yoshikazu Yasuhiko, who also directed the film. In the 21st century, Venus has been successfully terraformed, and humanity has thrived there – the population is in the millions. However, the planet is divided into two nation states, Ishtar and Aphrodia, and one of the dominant forms of entertainment is a brutal demolition-derby bike race that attracts huge crowds. Hotshot bike jockey Hiro Seno finds himself thrown into devastating conflict as long-buried military tensions escalate into all-out war. Even at the furthest ends of our solar system, humans waging war is an inevitability. Fantastic world-building and a pumping soundtrack make this essential viewing.

Akira creator Katsuhiro Oomo wrote the screenplay for Metropolis (2001) as a love letter to the works of Osamu Tezuka and Fritz Lang. In the titular futuristic city, humans and robots live side-by-side, but humanity lives in deprived conditions and struggles to find work. Their automaton counterparts are scapegoated for taking their jobs and anti-robot sentiment is rife. Against this backdrop, a close bond develops between a cyborg and her human companion as their city spirals towards destruction. The film’s refreshing retro aesthetic, from the character design to its jazz soundtrack, accompanies gorgeous animation that hasn’t aged one bit.

Ghost In The Shell 2: Innocence

Much has been written over the years about Mamoru Oshii’s game-changing first instalment in the long-running cyberpunk franchise, but the sequel gets far less attention. It might not have a storyline as cohesive as its predecessor (the plot is so dense it’s almost unfathomable), but it makes up for it with a stunning mix of computer-generated and hand-drawn animation that is simply peerless. With the Major missing following the events of the first film, Section 9 is called back into action to foil a cyber-terrorist plot involving murderous robot geishas, child trafficking and the yakuza. Sublime artistry dovetails with a dazzling kaleidoscope of sound and vision. A visual masterpiece, and Oshii’s greatest technical achievement.

Ghost In The Shell creator Masamune Shirow is also the brains behind Dominion: Tank Police (1988), a manga adaptation released as an original video animation (OVA). It became one of the first wave of titles released by then-fledgling Manga Video UK. The experience isn’t nearly as gritty as Ghost In The Shell. It’s a slapstick comedy set in futuristic Newport City, which is so polluted the citizens must wear gas masks every day. Also, the crime rate is so high that the city council provides local police with giant tanks. New recruit Leona Ozaki’s first day on the job is beset with gun-crazy co-workers and cyborg master criminals. It might lack sophistication, but this energetic mix of Police Academy (1984) and Hill Street Blues (1981) is massively entertaining.

Neo-human Casshern was a seminal anime from legendary studio Tatsunoko about the adventures of a cyborg with human consciousness dedicated to destroying evil robots who have taken over the world. In this slick reboot, its protagonist is initially – and ingeniously – framed as one of the bad guys. Set on Earth in the distant future, robots have taken over, and the situation is so dire – rampant pollution and scarce resources – that they face extinction. Into this dismal world steps a lone warrior who was once tasked with assassinating humanity’s saviour, but his memories have been wiped. There’s still all the robot-punching fun of the original, only now with a morally-conflicted hero. It’s a great update of a classic.

Many dystopia stories are big on spectacle, so the downbeat approach in this one-off OVA makes it unique. An unspecified ecological disaster has driven what is left of humanity beneath the earth’s surface. Recorded history is now kept in vast archives. A sullen team is tasked with preserving them, but a chance discovery uncovers a truth that will forever change the way they see their world. With a vibe that recalls experimental 70s sci-fi, Pale Cocoon (2006) asks the viewer to consider the importance of memory and how much it really defines us as humans. This is an ambient, fascinating film.

Now and Then, Here and There

Drama and tragedy abound in this 13-part odyssey that is now a cult favourite among anime fans. A young boy saves an unknown girl, but no good deed goes unpunished as he is transported into a grim future where water has become a scarce commodity, and the planet has been ravaged by war. This show, with its child soldiers and brutalist military dictators, was decades ahead of its time, thanks to the mature storytelling. The DVD is now out of print, so if you spot it somewhere in the world, snap it up immediately.