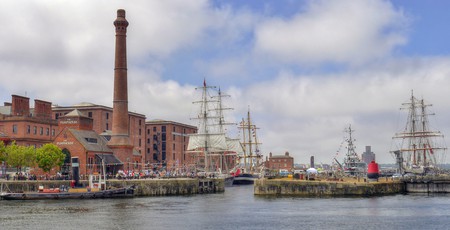 Thanks to the city’s forward-thinking creativity, Liverpool’s blossoming independent scene is paving the way for other cities to follow.

From the best music venues and food markets to unique cocktail bars and theatres, not to mention an exciting array of independent retailers, here’s our independent city guide to Liverpool.

Independent bars and pubs in Liverpool

Whether you’re after a quick pint of local ale or a swanky cocktail, Liverpool boasts some great independent bars. Take Salt Dog Slim’s for example; a trendy, US-style hot-dog eatery by day and bustling craft-beer haven and bespoke cocktail bar with DJs by night. Feeling adventurous? 81LTD, an elusive speakeasy, is situated upstairs and requires visitors to apply for an entry code through the website. Fans of experimental cocktails should head to Santa Chupitos, a bar famous for its $5 Shake and cocktail masterclasses. All three aforementioned bars fall under the umbrella of Graffiti Spirits, Liverpool’s leading independent bar and restaurant group. 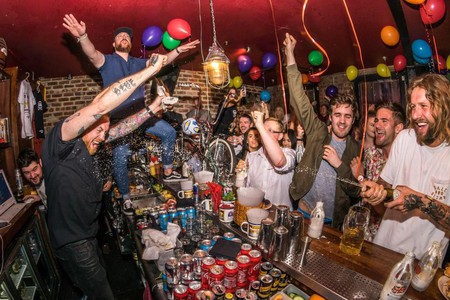 Those looking for a pint should look no further than The Caledonia. Known to locals as ‘The Cali’, this is one of the city’s finest watering holes and offers cask ales along with a real sense of community. The Baltic Fleet, a beautiful Grade II-listed, 19th-century Victorian boozer with a regularly rotating list of cask ales, is also worth a visit.

For a taproom with a difference, Dead Crafty Beer Bar Company is a Texan-inspired bar with 20 rotating brewer taps. Not sure what to go for? Get yourself a beer flight, which allows you to sample half a dozen one-third pints of pure perfection.

Coffee is the arguably most important drink of the day, so it’s important to know where to look for that good cup of Joe. Thankfully, Liverpool is full of awesome indie cafés, such as Bold Street Coffee. Despite being forced to move from Bold Street, they’ve since moved back to the famous independent quarter and should be one of your first ports of call when in Liverpool.

Pay attention on Lord Street or you’ll miss the narrow doorway which leads to Rococo; upstairs, you’ll find a quaint, 18th-century inspired café complete with chandeliers, gold mirrors and other ornate fittings. Leaf is another of the city’s most frequented cafés, and has a focus on its own loose leaf tea alongside a brilliant brunch menu. Likewise, Moose Coffee is one of Liverpool’s popular hangouts due to its quality coffee and quirky Moose-related paraphernalia. 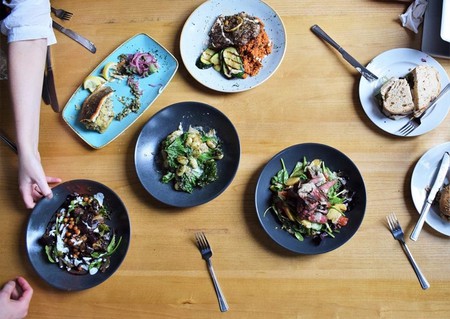 Enjoy a delicious lunch at Leaf | © Leaf on Bold St

Out of the city centre you’ll also find plenty of options for tea and coffee. Pippin’s Corner on bustling Aigburth Street and Crosby Coffee in Waterloo are both popular with locals and visitors alike.

Liverpool’s independent food scene is booming. If you’re looking for a fine-dining experience like no other, Art School should be your first port of call. Situated in the bright lantern room of a 19th-century building formerly used as the Victorian Home for Destitute Children, Art School showcases both local and seasonal produce in sensational fashion. It was also included in the 2018 Harden’s Top 100 Restaurants.

For juicy burgers you’ll want to head towards Free State Kitchen, Nolita Cantina or Death Row diner; burgers at the latter are held in place by a Chupa Chup lollipop. For pizza, look no further than Amalia, whose pizzas were voted the best in the UK at the 2017 Italian Awards. Those looking to get their Mexican fix will fall head over heels for either of La Parilla’s two branches, while Lucha Libra is another of the city’s most highly rated restaurants. 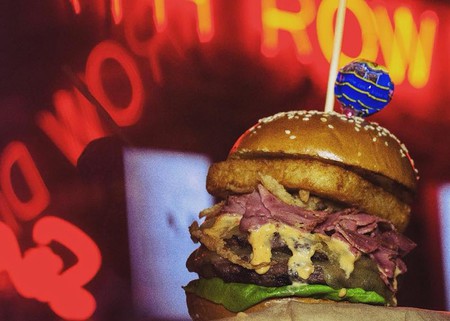 London Carriage Works is one of Liverpool’s most popular restaurants, serving up their contemporary take on classic international dishes such as poached cod, roast chicken and wild mushroom and pea risotto. 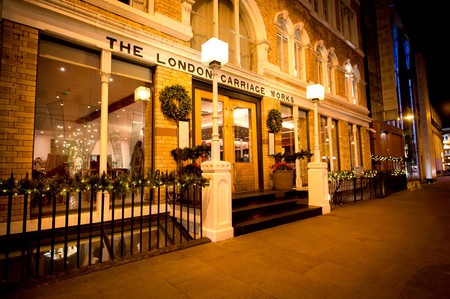 While international cuisine is great, sometimes all we want is a plate of traditional British comfort food. Step forward The Dovedale Towers (or ‘The Dovey’ to locals) with their hearty mains including homemade pies and lavish roasts.

The country’s most impressive collections of independent retailers can be found on Bold Street. From contemporary homewares store Utility and designer menswear outlet Giancarlo Ricci right through to community bookshop News From Nowhere and organic food market LIV, there’s something for everybody here. 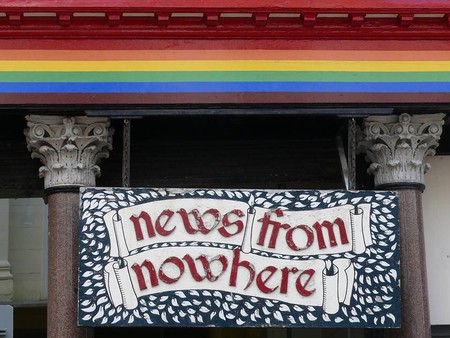 Away from Bold Street, Cains Brewery Village is home to a sprinkling of retro retailers – Red Brick Vintage, Bijou & Vintage and Vintage Barn – all of which will see you and your home kitted out in some hard-to-find classics. The Bluecoat, Liverpool’s creative hub, also houses a number of arts, crafts, music and fashion retailers. Those looking for some local food and drink purchases will also love Whisky Business on Colquitt Street, The Little Macaron Shop on St John’s Road and Liverpool Cheese Company in Woolton Village Shopping Outlet. But at the end of the day, there’s nothing better than sitting back and relaxing with a good book while listening to a record you picked up from Dig Vinyl.

As is fitting for the birthplace of The Beatles, music is at the epicentre of Liverpool’s nightlife. All bands have to cut their teeth in small venues, and that’s where venues like The Shipping Forecast, Sound, Kazimer Garden, The Zanzibar, The Jacaranda and EBGBS come in. All of these venues have relatively modest capacities compared to grand arenas, but between them have hosted some of the brightest up-and-coming talent as well as internationally renowned artists such as Disclosure, The Libertines, Noel Gallagher and Mark Ronson. 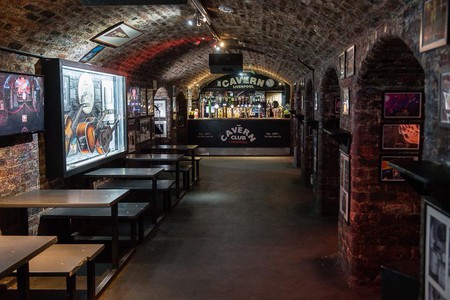 The Cavern Club is one of the most important music venues in British history. In its heyday, The Cavern played host to The Beatles as well as Queen, The Rolling Stones and The Kinks, while Cilla Black worked in the cloakroom. In more recent times, pop star Adele and The Beatles’ Paul McCartney have graced the stage. It’s also an important stop-off for many local acts and touring bands passing through the city.

Those looking to continue into the early hours should look no further than legendary Liverpool nightclub Electrik Warehouse (formerly The Krazyhouse). Expect three floors of all those incredible tunes you forgot you love.

The best of the rest

If you’re exploring the best independent venues in Liverpool, don’t forget to use your Independent Liverpool card for great discounts.

It’s easy to see why so many are repeat customers at 81 Renshaw. This independent music venue, bar and record store is one of the best places in the city to pick up the latest piece of wax or catch your new favourite band before they hit the big time. 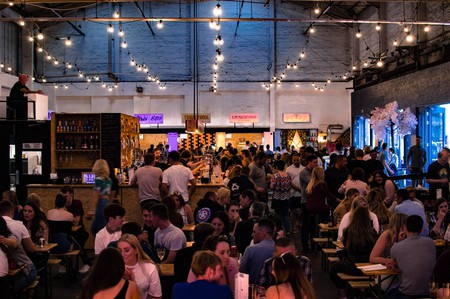 As evening entertainment goes, you won’t get much crazier than Bongo’s Bingo. Now an international brand, this hilarious take on the classic game of bingo features rave intervals, dance-offs and silly prizes.

Woolton Picture House is Liverpool’s oldest independent cinema and has been in the hearts of the locals since 1927. Keeping the traditions of early 19th-century picture houses alive, theatre ushers sell ice cream during the intervals here, while visitors catch the latest blockbusters and all-time classics.

After all of this, you’re bound to want somewhere to rest those weary legs. The award-winning, four-star, independent Hope Street Hotel is brilliantly boutique, lavish and conveniently central – ideal for your final port of call in Liverpool. 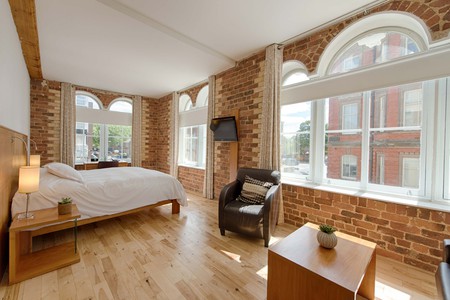