Chicken-lovers across the UK are going hungry as hundreds of KFC outlets are closed due to a chicken shortage.

More than half of the fast food chain’s 900 UK outlets have been forced to shut, after delivery problems meant there was no chicken to serve to customers.

The shortage has been caused by the chain switching its delivery contract from the South African-owned distribution group Bidvest to DHL, who have blamed the problems on ‘operational issues’. 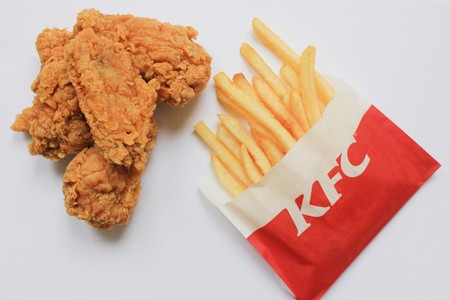 There’s no timescale for the problem to be solved, a KFC spokesperson said.

‘Our teams are working flat out all hours to get the rest back up and running as soon as possible – but it’s too early to say how long it will take to clear the backlog.’

The spokesperson said that workers at the closed branches are being encouraged to take holiday but will not be formally required to do so.

There was no official figure for how much money was being lost, which is complicated to estimate as 80% of the outlets are run by franchisees.

Some media reports estimate that it could be costing KFC £1m a day.

KFC changed delivery companies last Tuesday, with its former distributor describing itself as ‘the leading supplier of logistical and supply chain solutions to the UK hospitality and restaurant sector’. 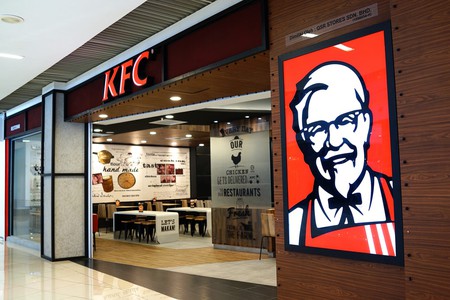 Delivery issues have forced them to close, as they have no chicken to sell | © TY Lim/Shutterstock

DHL stated: ‘Due to operational issues, a number of deliveries in recent days have been incomplete or delayed. We are working with our partners, KFC and QSL, to rectify the situation as a priority and apologise for any inconvenience.’

After the change, the restaurants began running out of chicken.

The food behemoth addressed the problem on Twitter, writing: ‘The chicken crossed the road, just not to our restaurants.

The Colonel is working on it. pic.twitter.com/VvvnDLvlyq

‘We’ve brought a new delivery partner on board, but they’ve had a couple of teething problems – getting fresh chicken out to 900 restaurants across the country is pretty complex!

‘We won’t compromise on quality, so no deliveries has meant some of our restaurants are closed, and others are operating a limited menu or shortened hours.’

For desperate fans, the chain’s website shows which outlets remain open despite the shortage. Chicken-lovers took to social media to protest.

The apocalypse has happened. KFC’s ran oot a chicken

We've drove to 2 KFC's and they're both closed. I cannot express how angry i am right now