Ridley Scott returns to the Alien franchise that he himself began in 1979 with a compilation of highlights from the series. It’s a visceral experience – and looks unearthly – but amounts to very little in the grand scheme of things.

As the prologue above eludes to, the events of Prometheus (2012) serve as an introduction to Alien: Covenant. We join the crew of a colony vessel on the outer reaches of the galaxy, on a mission to discover a supposed mysterious paradise. On board, android Walter (Michael Fassbender) tends to the ship as the crew and cargo remain in stasis for the journey. Walter is an updated model of David, the synthetic being who survived the events on the otherwise doomed Prometheus ship.

Following a catastrophic event in deep space, the crew follow a signal to a planet where they find the wreckage of a previous mission. David has survived, but so has something else… 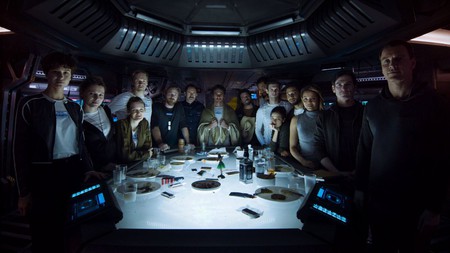 The plot lends itself to the Alien franchise, but then so did the previous ones. Scott has at least, this time, given himself the easy get out of having a title in-sync with the series, but in the same motion he removes any subtlety he could have afforded himself.

Prometheus was a muddled, unsatisfying mess. The attempt to play in the same sandbox as the Xenomorphs, without acknowledging them, ended as badly as one could have predicted. The problem here is that Scott essentially wants to remake his original, but in the process the director over-explains every moment on screen. The sparseness of Alien is sorely lacking; not only can everybody hear you scream, but your every action will be narrated by Michael Fassbender.

David and/or Walter are in virtually every scene. We get that the aim is to create a new ‘villain’, with the cold distance that Fassbender delivers to both characters, but attempts at introspection end up being unintentionally hilarious. Still, if you wanted to see a film where the actor fights himself, kisses himself and – at one excruciatingly cringe-worthy point – fingers himself, then this is the film for you! 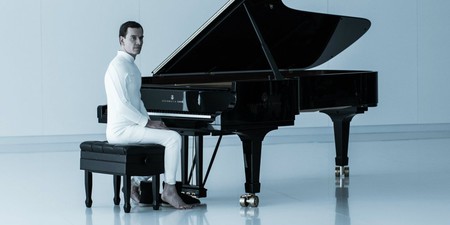 The script is perfectly functional, but only really as a device to get the characters to inexplicably precarious situations in order to be picked off, one by one, by alien beings. A crew of supposed experts, scientists and seasoned astronauts act like idiots, stumbling around an unexplored planet and touching flora and fauna without thinking to put on a mask or a pair of safety gloves. For the most part, you thoroughly hope they die just to prevent them from ever reproducing.

There are moments when you are meant to identify with Katherine Waterston’s terraforming expert Daniels, but only in the sense that you recognise the cynical attempts to recreate a heroine in the mould of Sigourney Weaver’s peerless Ripley.

The rest of the recognisable faces blur into a mess, quite literally once the alien gets a hold of them, and aren’t worth taking the time to remember.

Although the film looks stunning, there just isn’t enough here to keep you entertained. Earlier this year, Life proved that it was possible to look the part and still enthral in a saturated genre.

Mark Alien: Covenant down as another step away from the original masterpiece, and not in a good way.

Alien: Covenant is out in cinemas on May 12