Lying close to both Italy and Africa, the Mediterranean archipelago of Malta is actually made up of three islands: Malta, Gozo and Comino. Here is our guide to the top adventures to enjoy during a trip to Malta. 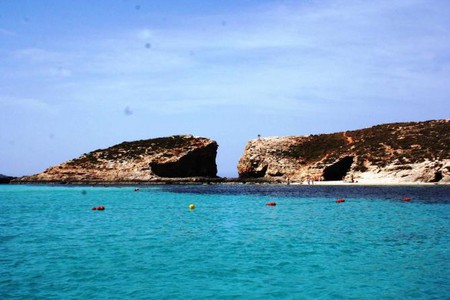 The smallest island of Comino is just 3.5 square kilometers and inhabited by a single family – there aren’t even any cars. The white sandy beaches and beautiful, blue waters makes it a haven for snorkelers and swimmers. You can hire a boat for the day for around 600 euros from Valletta’s port, which includes a skipper and food, so you can explore the waters of the Blue Lagoon. Head there early in the morning so that you can then continue to explore Gozo in the afternoon.
Blue Lagoon, Comino

If you only have 48 hours in Malta, then the top of your list should be St John’s Co-Cathedral, otherwise known as the Home of the Knights (Grand Masters) of Malta. If you don’t have long then just walking through the church is awe-inspiring. It’s a magnificent example of baroque architecture and art, including works by Mattia Preti and Caravaggio. If you can spare a couple of hours then it is definitely worth joining one of the tours, so that you can learn about the rich history surrounding the order of the knights.
St John’s Co-Cathedral, St John Street, Valletta, Malta

Malta’s national dish is rabbit, but it is also known for its prickly pears, carob, and helwa tat-tork, which is similar to a very sweet nougat, topped with almonds. While in Gozo, visit the Ta’ Mena Estate which is run and owned by the Spiteri family. Guests can try the wine they produce while tasting cheeses, meats, honey and their famous sun-dried tomato paste, which when spread on bread and dipped in olive oil is delicious. If you’re looking for something more high-end, then head to St Julian’s to the Caviar and Bull restaurant. 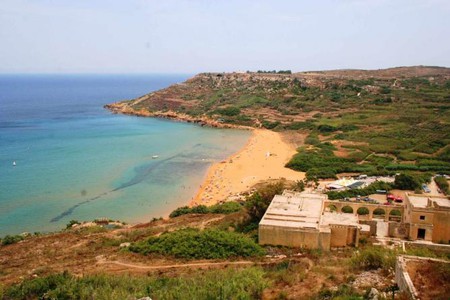 Where To Go To Escape: Gozo

The second-largest island in the archipelago is Gozo, separated by five kilometers of Mediterranean sea from Malta. Gozo is rural, sleepy and quiet, with its way of life centered around farming and fishing. In the small squares you’ll find small boutique hotels, such as Quaint in the Gozitan village, Nadur and restaurants serving up Malta’s traditional dish of rabbit. All of these places are perfect for whiling away the hours and forgetting about time. Walk down to Ramla Bay, the red, sandy beach which also leads up to Calypso Cave, the cave referred to by Homer in The Odyssey where Ulysses is said to have been for seven years.
Quaint Boutique Hotel, 13 December Street, Nadur, Gozo, Malta, +356 221 08 500

The capital city of Malta, Valletta or the ‘Fortress City,’ is best explored on foot. It’s a maze of wide pedestrian parades and narrow side streets, where you’ll find bars and shops still echoing its navy past. Built in 1566, the city took a mere 15 years to build, which is impressive in general, let alone in the 16th century when everything was built by hand. Throughout the city you’ll see the influences from Arabic, Italian and British cultures, including a large statue of Queen Victoria. Stay in Phoenicia, one of Malta’s first five star hotels – luxurious, refined and right by the entrance of Valletta.
Phoenicia, The Mall, Floriana, Malta, +356 212 25 241