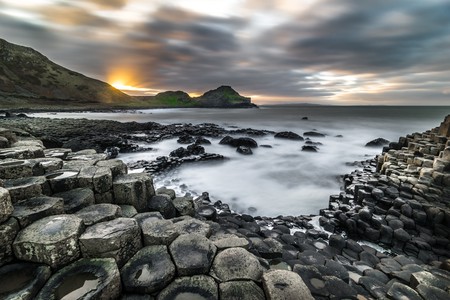 Northern Ireland is a great destination for all kinds of people, but it’s particularly ideal for solo visitors. It’s small, cheap and beautiful, making it easy to travel alone without cumbersome baggage. Getting the most out of the country, though, takes knowledge, so check out our guide to seeing Northern Ireland as a solo traveller.

Because Northern Ireland is so compact, you can stay in almost any of its towns and still visit the rest of the country with ease. If you’ll be relying on public transport, we recommend choosing either Belfast or Derry, the two most populated cities in NI. Youth hostels – like Vagabonds in Belfast or Hostel Connect in Derry – remain the best option for adventurers. Without even trying, you’re sure to meet like-minded individuals, especially if you choose to sleep in dormitory accommodation. Speaking of sleeping in dorms, Queen’s University in Belfast rent their student accommodation out during the summer, which provides a taste of campus life and an extremely safe place to keep your belongings. Outside the cities, the country is absolutely filled with B&Bs, if you’d prefer a more personal option with plenty of Irish hospitality. 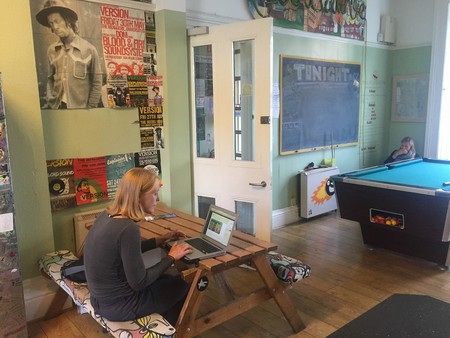 Northern Ireland is full of history, both ancient and recent, and its numerous museums reflect this. Try to visit as many of these as possible, but don’t spend all your time cooped up indoors. NI is mostly countryside and farmland, which means that there are plenty of ways to spend your time in the great outdoors. Slieve Donard and the Mourne Mountains are probably the best choice for hiking aficionados, as they are easy to access and provide unprecedented views of Belfast. 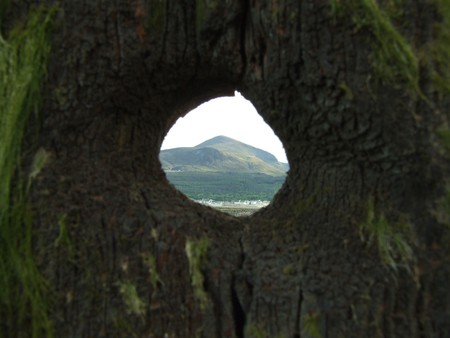 One of Northern Ireland’s must-see attractions is undoubtedly the Giant’s Causeway – a UNESCO World Heritage Site and certified Area of Outstanding Natural Beauty. If you only do one thing on your visit to NI, we heartily recommend The Causeway Coastal Route, which travels along the country’s northeast coast, hitting many of its best sites along the way. You can start this road trip in Belfast and end it in Derry, so it easily slots into any existing plans you may have.

Getting from town to town is pretty easy, as Translink, Northern Ireland’s transport service, has a stop in most of the towns you’re likely to visit. If you want to venture further into the countryside, though, you’ll either need a bike or a car. A bike is a great option for experienced cyclists, but NI’s B-roads can be hilly. If you’re sticking to the more common cycle routes, this shouldn’t be a problem. If you do choose to rent a car, remember that, unlike a lot of the world, Northern Ireland (and the Republic of Ireland!) drive on the left. A cool, but unconventional option would be renting a VW Campervan from local business RentADonkey. 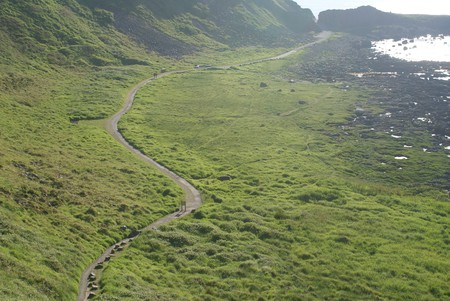 Within NI’s towns and cities, getting lost shouldn’t be too much of an issue, but it’s important to be careful on hikes and walks. Mobile reception can be spotty, especially in rural areas, so remember to bring a physical map if you’re going somewhere you could lose your way. Stick to well-travelled and well-marked trails if you can (this shouldn’t be an issue if you’re doing the popular hikes), and always remember to bring enough food and water. Bring an extra layer of clothing, too, as Northern Ireland’s weather can be unpredictable. Within the cities, staying safe is pretty easy. Try to avoid larger towns during July’s marching season, as tensions can run high and many locals choose to leave the area during this time. It’s also best to avoid clothing that prominently displays overtly Irish or British elements, as wearing these into the wrong areas could cause unwanted tension. However, if you’re not provocative, and if you’re respectful of Northern Ireland’s past, it’s very unlikely that you’ll see any trouble. 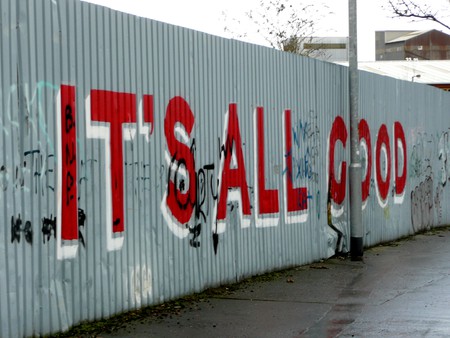 IT'S ALL GOOD mural, Belfast | Metro Centric/Flickr
Give us feedback