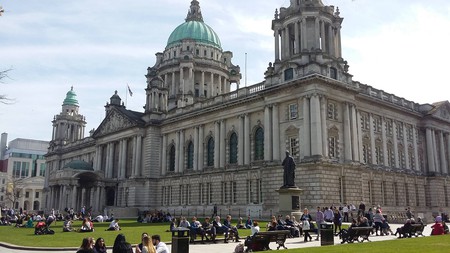 Belfast City Hall was originally completed to celebrate Belfast’s new status as a city in 1906. Today, this beautiful building stands in the heart of Belfast City centre as a must see landmark for Northern Ireland.

Up until the early 1600s, Belfast was a small settlement. Due to industrialisation, however, it expanded rapidly and a Royal Charter granted it town status in 1613. It had a relatively small town hall during this time, but the town continued to grow and by 1801 it housed over 20,000 people. In 1888, Belfast was granted city status by Queen Victoria. This fantastic development prompted the Belfast Corporation (now Belfast City Council) to commission a city hall to celebrate this new status. They launched a competition for architects to submit their ideas for designs.

The winner was a young Englishmen named Alfred Brumwell Thomas. His winning design was chosen because it was so unlike typical Victorian buildings at the time. Rather, it sought to bring back a classical Renaissance. By this time Belfast was the biggest city on the island of Ireland and this new design intended to make that statement.

Funding for the City Hall was raised with the profits of Belfast Gasworks, for which the Belfast Corporation was responsible. Construction began in 1898 and was completed in 1906. Belfast City Hall opened its doors on 1st August 1906. Tours of the City Hall were free as the Council decided that the citizens of Belfast had already paid for it once and it would not be fair to charge them again. They are still free to this day. 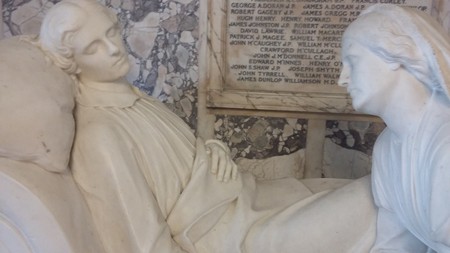 The inside of the City Hall is made from different types of marble, primarily Carrara, Pavonazzo and Brescia, to show that no expense was spared. It houses dozens of paintings, busts, statues and stained glass windows to commemorate important aspects of the country’s history, including Unionist Edward Carson and Presbyterian Mary-Anne McCracken, a humanitarian who set up schools and radically opposed slavery. Two of the most notable commemorations are the stained glass windows featured King Edward VII and Queen Alexandria, who were on the throne when the City Hall was opened, and a marble sculpture of Fredrick Richard Chichester – the last Earl of Donegall and a patron of the arts – on his death bed accompanied by his loving mother.

Although it stood strong for many years, Belfast City Hall suffered a direct hit during the Belfast Blitz of World War II. While examining the wreckage, one lone painting was discovered: a portrait of a previous Mayor of the City Hall. Rather than renovating it, the city decided to keep it as it was, not only as a reminder of the Blitz but as a tribute to the 1000 people who lost their lives as a result of the hit. 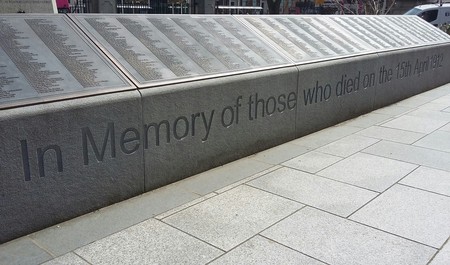 In 1959, the original Titanic memorial monument, designed by Sir Thomas Brock, was moved to the grounds of City Hall. Now known as the Titanic Memorial Garden, this area of the grounds now stands in memory of the dutiful and heroic members of Belfast who died saving the lives of hundreds of people on board the ship. A plinth in memory of citizens who died also stands in the garden. The plants within the garden are white, green, blue and silver to reflect the colours of the water and ice in which the ship sank. 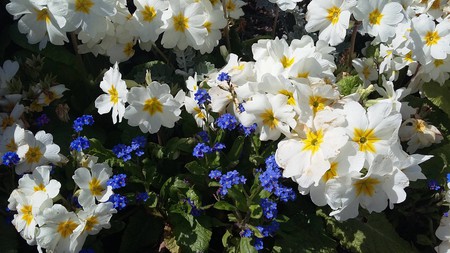 In recent years, Belfast City Hall has undergone two major developments. One is the Belfast Big Screen, launched in June 2011. Erected as part of the legacy of the London Olympics, the Belfast Big Screen is located within the City Hall’s grounds and acts as a way for people to experience sporting and cultural events in an outdoor setting. It also serves to highlight important council issues throughout the city, and advertises events and the latest news for visitors.

The second major development, notably in the last year, has been the introduction of the Illuminate Project. This involves lighting the City Hall in different colours to highlight Belfast’s culture and to display worldwide solidarity. This year alone, the City Hall has been lit in green to celebrate St. Patrick’s Day, yellow and blue to celebrate World Down’s Syndrome Day, and most recently in black, yellow and red in respect for the victims of the attacks in Brussels.

Intriguing in its past, Belfast City Hall stands as a powerful monument to the history and culture of the city of Belfast. Free tours of the City Hall, which run three times a day, are highly recommended: nothing can beat seeing its grandeur in person.