‘A Sense of Place’: 12 Designers Pay Homage to Their Home Towns 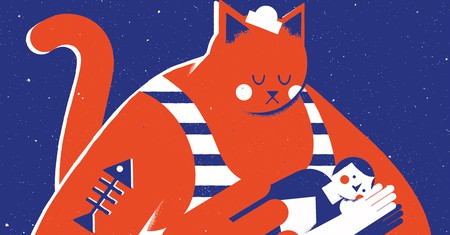 A Sense of Place gave 12 creatives from all over the world free rein to play with the notion of place, and what it means to them. The result will make you want to pack your bag and set off on an adventure.

One of the main reasons to go travelling is arguably discovering new places and getting to know people from different cultures. At a time when xenophobia seems to be more vocalised, celebrating differences is more important than ever, and Brighton-based graphic designer Ty Abiodun hopes his new book, A Sense of Place, will do just that. It’s a beautiful collection of printed posters and musings on a “sense of place” by creatives from Amsterdam to Melbourne.

Tired of client work that didn’t let him see projects through until the end, Abiodun launched A Sense of Place in 2017 as a Brighton exhibition. “Everyone who took part in it wrote a bit about their sense of place, and I found that people were often drawn to the explanatory texts, rather than the actual print, which led to the idea of a book,” Abiodun explains.

The book version launched in March 2019 with a much wider focus: “It was nice to open it up globally to find out about cities and cultures you don’t know about; even though everyone is doing art and design, their experiences are really different,” says Abiodun. “It’s also a response to the current political climate, which has seen increasing attempts to close borders, restrict our freedom of movement and regulate our ‘sense of place’.”

The result is a beautiful tome, with artwork from 12 global design studios. Amsterdam-based Studio Colorado’s mesmerising print features images of windows that are on the way between the two designers’ house and their studio, using two colours to create multiple windows on top of each other. It visualises the concept of many people living together in a small shared space while keeping the arrangement as transparent as the studio believes Amsterdam is. 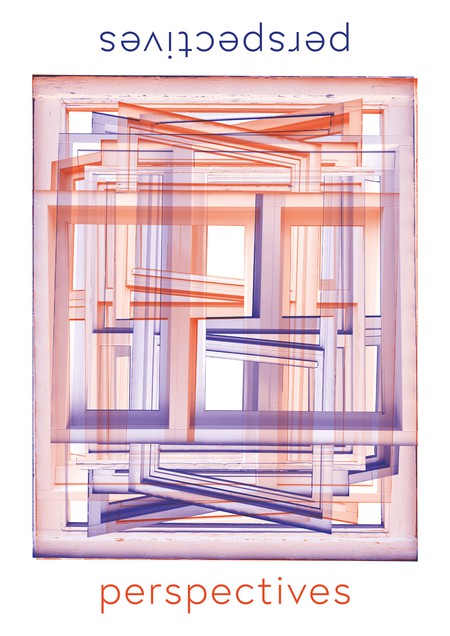 “We don’t have a perfect society, and Dutch people are not as tolerant as we thought we were in the ’90s, but Amsterdam gives us the feeling that we all live together in a way that makes sense, and that nobody has to hide behind closed curtains,” explains Remco Oude Alink from Studio Colorado.

Abiodun says he gave the designers “quite an open brief, just hinting at what the idea of a sense of place is, and then they get free rein to create an image”. The artworks in the limited-edition book vary wildly in style, from abstract interpretations to more straightforward examples of a sense of place.

Melbourne-based Studio Round’s contribution criticises the bollards installed in the city centre after a number of terror attacks, which it sees as an uncomfortable imposition and quick fix. Paul Tisdell from Studio Round says it is “greatly inspired by the urban environment in which we live and work. As designers working for a diverse array of clients who have a high visibility in our city, we also have a role in influencing the way our city looks and feels as a place.”

For illustrator Tiago Galo, who drew a sailor cat reassuringly cradling a human in its arms, A Sense of Place brought to mind a specific word: saudade, Portuguese for “the feeling of being far away from where we belong and love”. He explains: “It was something very present when the Portuguese sailors left home to discover the world in the 15th century. That’s why the cat is a sailor. As for him being a cat … I just felt it was fun.” 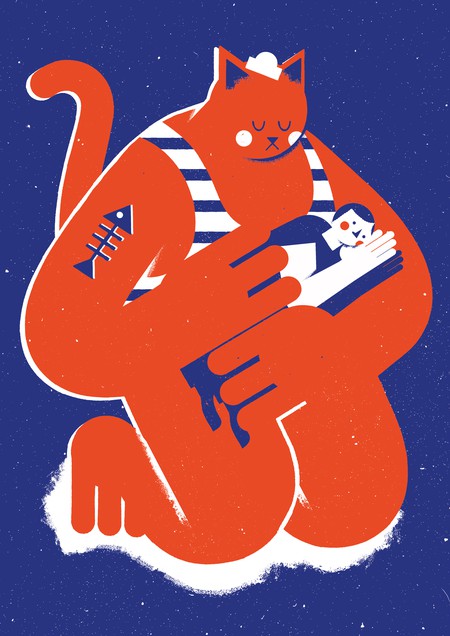 As with the other designs, Lisbon-based Galo’s illustration uses just two colours: red and blue. The hues are used in such varied ways that it doesn’t feel limiting, but illustrates the book’s interest in similarities and differences.

For Blair Thomson of Believe In, based just outside Toronto, the choice was clear. “My design was representing Canada, and everybody knows Canada is always red … so red and white (paper) is 99 percent of my design,” he says. However, his numerals look almost black, an effect achieved by ‘overprinting’ a small amount of blue onto the red foundation. His maple leaves, taken from the Canadian flag, represents “the young Canadian me flourishing into the Canadian I am today”. Thomson, who lived abroad for almost 30 years, concludes: “The connection that you make to home when detached from it needs to be deep and purposeful, to preserve your sense of place and belonging.” 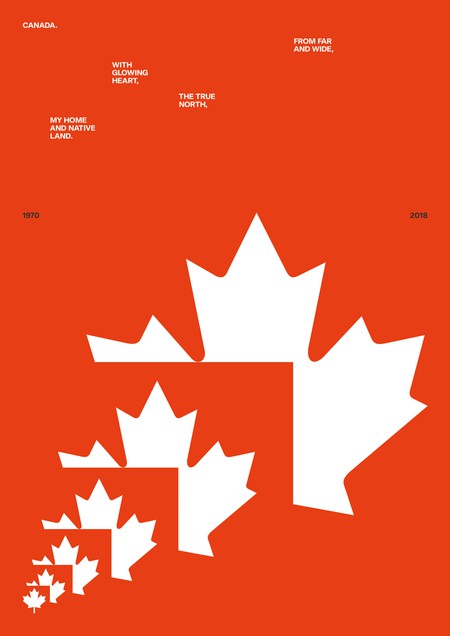 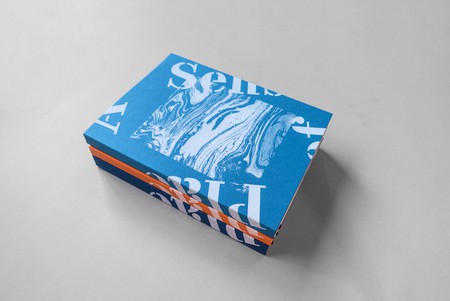 There are only 300 copies of A Sense of Place, and all profits from the book go to the Disasters Emergency Committee (DEC).