A Movie Set-Inspired Bar Has Just Opened in Liverpool 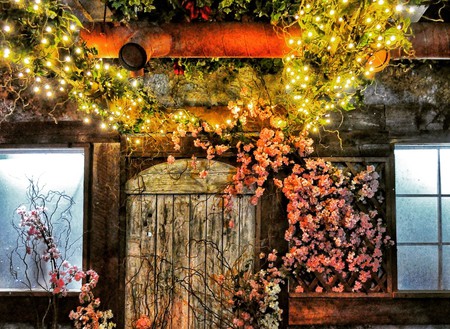 This Merseyside city is often famed for its quirky bars, but we think this movie set-inspired bar in Liverpool might just be their best yet. Here, we introduce you to On Air!

Proudly brought to you from the team behind successful local ventures Birdies Bar and the Home Alone bar, On Air is an immersive movie set-themed bar that has just opened in Liverpool. 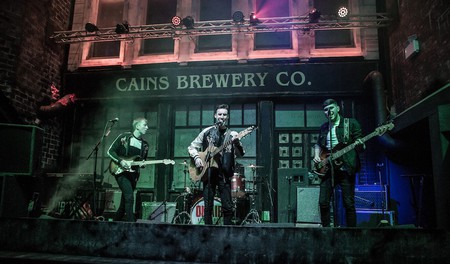 It’s not the first time that a themed bar has surfaced in Cains Brewery Village, with its Peaky Blinders bar a permanent fixture and a homage to everyone’s favourite Christmas film, Home Alone, popping up last year too. The latest bar to pop up in Cains, however, is a rather gargantuan effort – in the form of a movie set-inspired courtyard!

On Air is more than just your average bar, though. There’s a stage for regular live music, and there’s also a secret mezzanine garden bar, which, if you can find it, offers great views of the action beneath you.

On Air’s food menu also offers fantastic value and delicious grub, with their burgers and loaded fries already up there with some of the best in Liverpool. 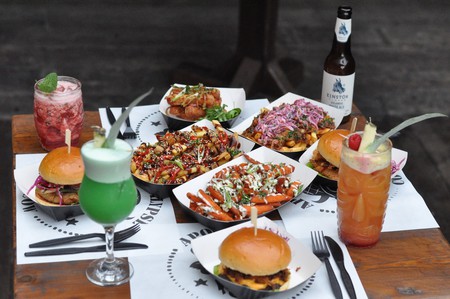 Food and drinks at On Air | © Jade Wright / On Air

As well as some of the best burgers in the city, On Air also offers some rather impressive BBQ street food offerings in the form of halloumi fries, jumbo wings and baby back ribs.

A real theatrical venue with live music at its core, this movie set-inspired bar is set to light up the city of Liverpool in more ways than one.