A Literary Tour Through The United Kingdom

The rich panorama of the United Kingdom has for centuries inspired writers and poets to reimagine the landscape in their works. Writers such as Hardy, Thomas, Heaney, Burns and Dickens are iconic figures of English literature who have created indelible visions of England, Wales, Scotland and Northern Ireland, and whose traces in their countries can still be felt by visitors today. 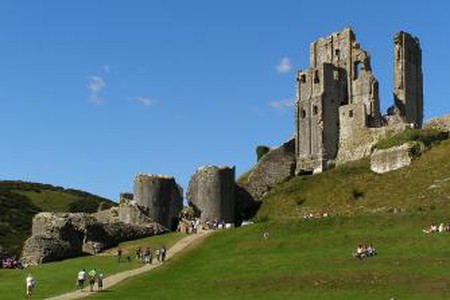 Thomas Hardy set all of his major novels in the fictional area of Wessex, which he based on the county of Dorset where he was born and spent much of his life. The boundaries of this fictional ‘dream county’ changed throughout Hardy’s career but the characteristics of this rural, bucolic land remained largely the same, and mirrored those of the Dorset where Hardy lived. In novels such as Tess of the d’Urbervilles, Far From the Madding Crowd and Jude the Obscure, he used the idealised terrain of Wessex to explore ideas of nature vs. modernity, the primitive vs. the civilised and the conflict between sexuality and religion in this pastoral environment. Wessex is now a tourist attraction in itself, despite being fictional, and Hardy fanatics flock to Dorset to visit Hardy’s former home, and the county he recreated in his works. 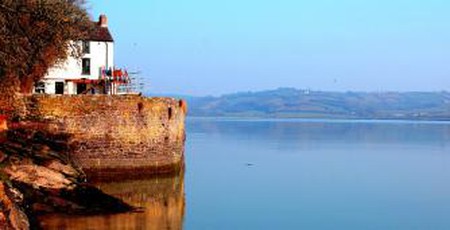 Welsh poet Dylan Thomas was not born in Laugharne, but spent much of his adult life there and used this picturesque town as inspiration for his greatest works. Described by Thomas as ‘the strangest town in Wales’ upon first visiting, Thomas rapidly fell in love with the town’s eccentric, roughhewn charm and lived in several accommodations before moving into the Boathouse, a ramshackle old ferry house which is perched on a cliff above the estuary of the river Taf. Combined with the small writing hut nearby, the Boathouse allowed Dylan to indulge in his poetic ability, whilst the town’s many pubs allowed him to indulge in his other love; alcohol. He wrote such classic works as ‘Do Not Go Gentle’, ‘Poem on His Birthday’ and ‘Over Sir John’s Hill’ in Laugharne, and also used the town as the basis for the play for voices Under Milk Wood, in which its name is changed to Llareggub (bugger all, backwards). The town is now a popular tourist destination for poetry lovers, and Dylan’s Boathouse, writing shed, and a few of his favourite pubs remain open to visitors. Thomas himself is buried in the town graveyard alongside his wife Caitlin. 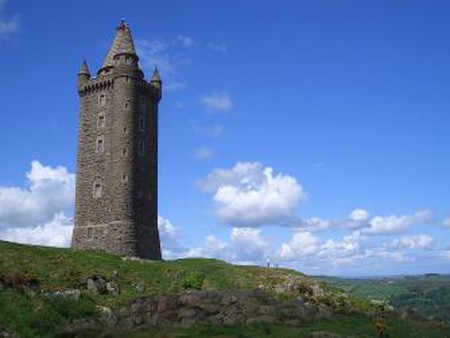 Seamus Heaney was born in County Londonderry and his poetry often focuses on the local area of Northern Ireland, where he was revered as a national icon. Throughout his works the impact of his native land can be traced, both in his descriptions of the natural world, and in his engagement with the complex political and sectarian conflicts which have plagued Northern Ireland for decades. He was wholeheartedly an Irish poet in the tradition of W.B. Yeats and his works are inspired by his sense of Irish nationality, as well as his sense of local allegiance and belonging. Early collections such as Death of a Naturalist and Door into the Dark are inspired by the Irish rural experience, whilst later collections such as Field Work look towards the ‘Troubles’ and attempt to tackle in poetry this divisive passage of Irish history. Heaney’s Nobel Prize award in 1995 acknowledged his literary importance, and his connection to his local environment, whilst the outpouring of grief at his recent death was evidence of what a vital figure he was in the canon of contemporary literature.

Visit: The towns of Castledawson, where Heaney was born, and the town of Bellaghy, where he grew up. 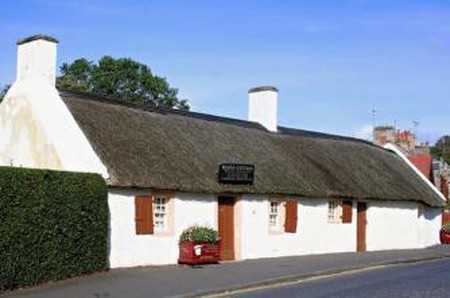 The national poet of Scotland and a hugely influential figure in Scottish literature and culture, Robert Burns is celebrated on Burns Night, which is held every year on his birthday, January the 25th. Burns is central to Scottish culture and his works resound throughout the country, with poems such as ‘A Red, Red Rose’, ‘The Battle of Sherramuir’, ‘Tam o’ Shanter’, and ‘Ae Fond Kiss’ forming the backbone of Scottish literary and linguistic identity. Burns is remembered in various places throughout Scotland, particularly near his hometown of Alloway, South Ayrshire, where the house in which he grew up has been restored as Burns Cottage, and the Robert Burns Birthplace Museum has been built in his memory. Both offer an insightful glimpse into the context from which this rare talent arose, and allow visitors to indulge in their love of Burns’ poetry and prose. 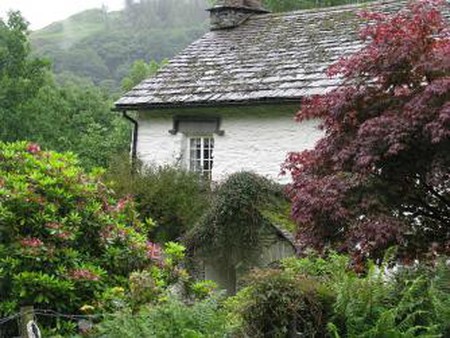 Wordsworth’s works resound with a sense of awe and admiration for the natural world, and the Lake District was the environment by which he was most inspired. He was born in Cockermouth and spent much of life living in the region with his sister Dorothy. He would explore the ragged terrain and hilly vistas of the Lake District and was rejuvenated by what he saw as the strength and vitality of nature. Wordsworth would utilise this backdrop for some of his greatest works, and, along with Coleridge and Southey, came to be branded one of the Lake Poets. The Wordsworth Museum is now dedicated to preserving his memory and exploring his relationship to the area. It includes his former home Dove Cottage, which has been carefully restored, and a fantastic collection of Wordsworth’s letters, journals and poems. 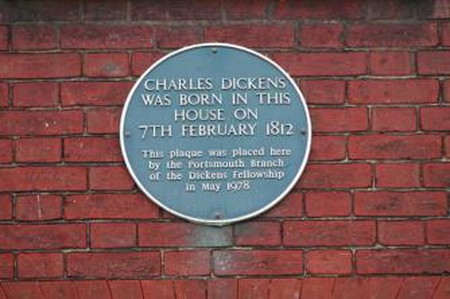 As much as any writer in history, Charles Dickens is irrevocably tied to London, and his depictions of the urban sprawl remain potent in the public consciousness over a century since he wrote them. Dickens is the prototypical urban writer, elucidating the clamour and chaos of city life like no one before him, and creating a vision of Victorian London which revealed the deprivation and anomie of the newly industrialised city. In works such as Oliver Twist, The Old Curiosity Shop, A Christmas Carol, David Copperfield and Great Expectations, London reveals itself to be a labyrinthine morass of humanity, in which evil and betrayal lurks around every corner. This dark vision of urban life was informed by Dickens’ own experience of poverty and criminality, and was a devastating critique of the social inequality of the time. Many of the landmarks of Dickens’ London still exist, as do the places where he lived and worked, and can be toured via the many Charles Dickens Walks which traverse London. The Charles Dickens Museum, located at Dickens’ former residence Number 48 Doughty Street, is devoted to recording and elaborating his life story and his relation to the city, and holds a fascinating collection of memorabilia and manuscripts owned by the great man. 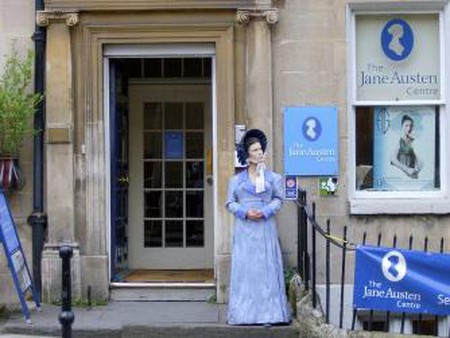 Although Jane Austen was born in Hampshire, it was Somerset which shaped her life and her writing most decisively, particularly the city of Bath, where she lived from 1801 to 1806. She would find herself unlucky in love during her years in the city, where she first accepted and then rejected an offer of marriage from an older family friend. Her feelings about this tumultuous time in her life, and the more mature perspective on love and relationships which it offered her, would inform all of her later work. She is remembered in Bath through the Jane Austen Centre, which attempts to recreate her experiences in the city and explain the effects they had on her writing. The centre includes an immense range of exhibitions relating to Austen’s time and milieu, and it also hosts an annual festival celebrating the writer’s works. 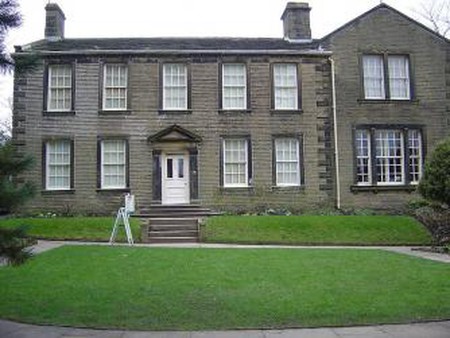 In the public imagination, the area of West Riding in Yorkshire is indelibly tied to the literary works of the Brontë sisters, three writers who, in their own individual ways, created a visionary depiction of the wildness of this region. Masterpieces such as Charlotte Brontë’s Jane Eyre, Emily Brontë’s Wuthering Heights and Anne Brontë’s The Tenant of Wildfell Hall were highly charged romances imbued with a spirit of tragedy and desolation. The vision of Heathcliff wandering the remote moors in Wuthering Heights is just one of the indelible images the Brontës created of Yorkshire, and of what has now come to be known as Brontë Country. The Brontë Parsonage Museum is maintained by the Brontë society in their former home in Haworth, and is a treasure trove of memorabilia, manuscripts and mementos of the sisters’ lives and times. 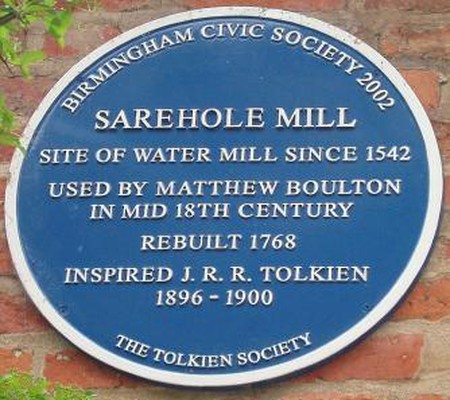 J.R.R. Tolkien created a vast fantasy world filled with various orcs, elves, dwarves and of course hobbits which has captured the imagination of fans worldwide. This panoramic fantasy world, which Tolkien dubbed Middle Earth, was in many ways informed by the Anglo- Saxon myths and legends which were deeply rooted in English culture and which Tolkien spent much of his life studying. It was also informed by the natural world of the West Midlands, where Tolkien lived for much of his life. This is made clear through by the Tolkien Society, which preserves Tolkien’s legacy and records his links with his native England, and the Tolkien Trail, which takes visitors around the spots which inspired so much of the fantastical elements of Tolkien’s works. Former home and haunts such as Sarehole Mill, Moseley Bog and St Anne’s Church are explored in the company of experts who explain their resonance in Tolkien’s greatest work The Lord of the Rings. 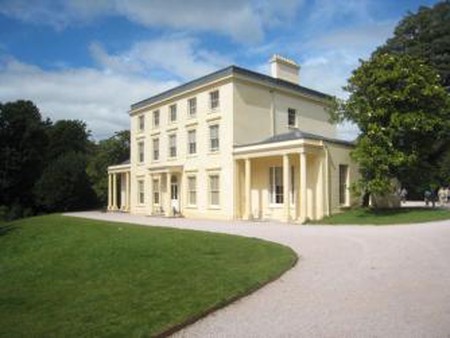 Agatha Christie crime novels have become famous the world over, and have been adapted countless times as plays, TV shows and films, whilst her characters such as Hercule Poirot and Miss Jane Marple loom large in British crime fiction. Christie is actually the best-selling novelist of all time according to the Guinness Book of Records, publishing a staggering 66 novels and 15 short story collections during her career. The area of England with which she is most associated is Torquay in South Devon, where she spent much of her life in her beloved estate of Greenway. This area, commonly known as the ‘English Riviera’, is the place to discover Christie and to indulge in her work. Various commemorations are organised every year for the writer, including an Agatha Christie Festival, Agatha Christie Literary Trail and other themed breaks which take visitors into the genteel but treacherous world which she made famous.