A Hundred Year Old J.R.R. Tolkien Tale Is Given an Official Publication 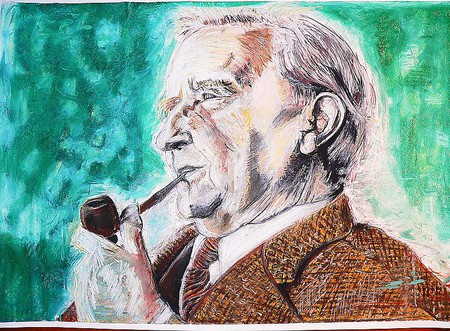 Beren and Lúthien may be the last of fantasy writer’s posthumous works to be edited by his son Christopher, now 92.

Ever since The Hobbit & Lord of the Rings author J.R.R. Tolkein passed away in 1973, he left a treasure-trove of annotated unpublished manuscripts that his son, Christopher Tolkien, using his father’s notes, prepared for publication, including one of his most famous works, The Silmarillion. Now two of that book’s most supporting characters will finally have a book of their own.

Beren and Lúthien tells of the romantic tale of Lúthien, the immortal daughter of an Elf king, who in love falls with Beren, a mortal man. When her father disapproves of their romance, he sends Beren on a quest to destroy a great evil. Like lovers are wont to do, Lúthein follows him in his adventures. Their romance would have an especially big impact on the tales of Middle-Earth, Aragon in the Fellowship of the Ring mentions them as his quite ancient ancestors.

As the Washington Post reports, the two characters, originally inspired by Tolkien’s loving relationship with his Edith, were conceived, while Tolkien served as junior officer in the First World War, long before the ideas that shaped The Lord of the Rings came to pass. 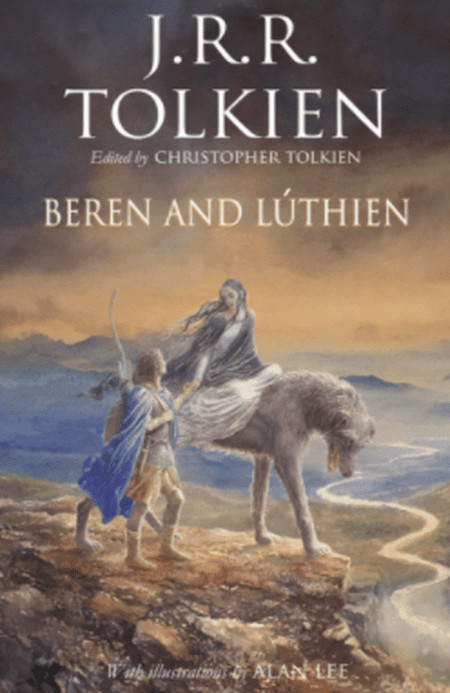 “It goes back a long way in my life,” Christopher Tolkien told the Post, “for it is my earliest actual recollection of some element in a story that was being told to me — not simply a remembered image on the scene of the story telling,” Christopher wrote in the book’s foreword. “My father told it to me, or parts of it, speaking it without any writing, in the early 1930s.”

In fact,Beren and Lúthien of such importance to the writer that, he had their names etched on their joint grave.

Tolkien told the Post that this particular request had come at the behest of his father in a letter written to him a year after Edith’s death in 1971. Tolkien would pass two year later.

“In my ninety-third year,” Christopher Tolkien told the Post, “this is (presumptively) my last book in the long series of editions of my father’s writings, very largely previously and is of a somewhat curious nature,” he wrote. “This tale is chosen in memoriam because of its deeply-rooted presence in his own life, and his intense thought of the union of Lúthien, whom he called ‘the greatest of the Eldar,’ and of Beren the mortal man, of their fates, and of their second lives.”