A Feast for the Eyes: The Art of Making Fake Food

Appearances can be deceiving; anyone visiting Japan for the first time might be struck by a curious sight outside many restaurants and cafés – glass cases containing stunningly authentic replicas of the dishes on sale inside. This is shohukin sanpuru – food samples – and is now an industry worth an estimated $90 million and in which craftsmanship and salesmanship intersect in zen-like harmony.

Replica food has existed in Japan since the 1920s, but its current popularity is largely in thanks to Takizo Iwazaki. As legend has it, melted drops of candle wax inspired him to create the pieces. After extensive practice, he made a replica omelette (complete with fake tomato sauce) that his wife, Suzu, found indistinguishable from the real thing. In 1932, Iwazaki’s omelette appeared at an Osaka department store, and the boom began.

Iwazaki also helped refine the methods that are still used in fake food production today. In Japan’s post-war period, the growing range of foreign foods and dishes available meant that the industry was booming. Today, the town of Gujo Hachiman (not far from Osaka) is the epicentre of the fake food industry.

Fake food has a number of uses: besides the immediacy of showing customers exactly what they can expect, it’s also a handy tool for tourists who can simply point at what they’d like to eat. In recent years, it’s taken on a quirkier form – companies now make toys, jewellery and accessories featuring replica foods. 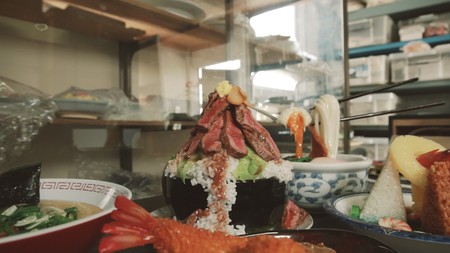 One of these companies is Fake Food Hatanaka, which is based in Tokyo. The firm’s president, Norihito Hatanaka, took over the family business in 1990. He said: “Fake food is very unique to Japan. There are different glass cases when you go to a restaurant where fake food is displayed. That was a normal thing for Japanese people to see, but it appeared unusual to overseas people … For them, it was a souvenir. Foreigners then brought it outside of Japan, and I think that’s how the culture was created.”

The means by which fake food is manufactured is simple enough – a mould is made of the actual dish and is then filled with resin. However, turning the mould into a convincing facsimile is a complex craft all to itself. Artisanal dedication is required to strike a balance between aestheticism and realism. As Hatanaka says: “The appearance of food is important for Japanese people.” 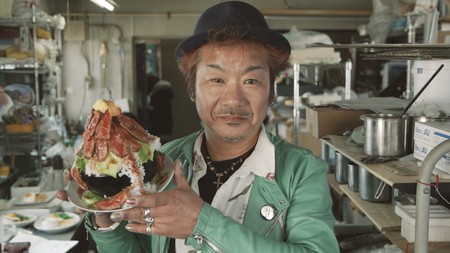 “Making food samples is neither an industrial product such as a precision machine nor traditional craft work such as pottery or wood carving,” he says. “It does not belong to either of those categories. There’s no school to learn it, so you have to learn it in a company.”

The industry can attract creatives from varying walks of life. One such creative is former fine art student Sayuri Watanabe, who has been making fake food at Hatanaka for four years. She says: “The best way to learn, usually, is to like food and cooking. Creating one lunch plate takes about three days to one week.” For her, it is colouring that is the most important stage of the process: “Whether this food looks fake or not, whether it looks delicious or not, that depends on the colouring.”

She says that her biggest challenge came in the form of a turkey leg. “I made a deep-fried turkey from the toe to the leg. I had to exercise my imagination a lot to make the dish look fresh and delicious, and it was hard.”

Fake Food Hatanaka is doing a healthy business and taking orders from overseas thanks to ramen shops in New York and Europe. In terms of popularity, Hatanaka said that one foodstuff in particular tends to be his company’s most popular product: “Food to do with bacon seems to be the most popular. For people from Europe, maybe they have a unique memory about bacon. It seems like that.” 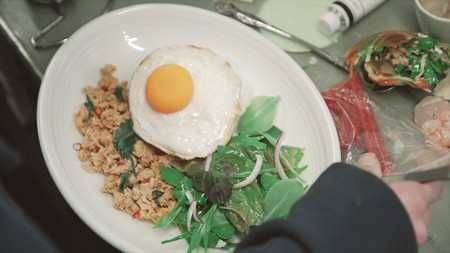 Understandably, there are times when the line between real and fake becomes blurred. “Sometimes people mistake it for real food, often like lunch, when it’s displayed outside of a glass case,” Hatanaka says. “My customers often told me there was a tooth mark when they looked at it closely. Some people bite the fake food, I hear such stories.”