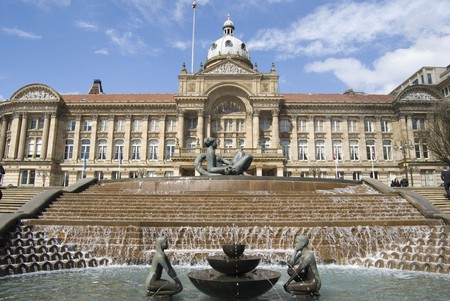 Birmingham has many public squares, and this one is arguably its most famous one. Named after Queen Victoria, this central area of the city houses the grand Council House, the city’s town hall and welcomes one of the biggest German Christmas markets in the world to its streets each winter. Read on to discover the history of Victoria Square, Birmingham!

The early history of Victoria Square

Victoria Square’s history dates back to the early 1800s, when it was occupied by Christ Church, a parish church active between 1813–1897 and later demolished. Shortly after Christ Church came the construction of the Grade I-listed Birmingham Town Hall (1832–1834), one of the first British examples of 19th-century Roman architecture and originally built to host Birmingham’s Triennial Music Festival. 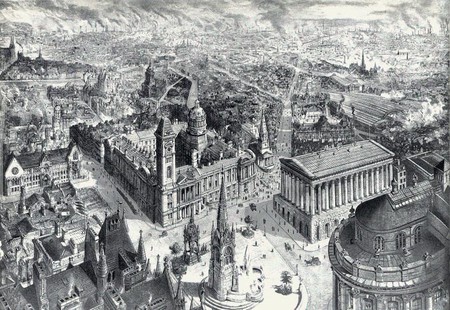 In 1874, the building of the city’s impressive, Grade II-listed Council House structure started as the square began to be known as Council House Square. Its construction came to an end in 1879, but two further extensions were to follow in 1881 and 1911, catering to the ever-growing museum and art gallery. Both the Council House and Town Hall still stand in their original forms today.

Often seen as the most central point of the city, Victoria Square is the meeting point of three main roads – New Street, Colmore Row and Paradise Street – and was once one of the busiest interchanges in the city. By the mid-1900s, plans were drawn up for the remodelling of Victoria Square in a bid to open up Colmore Row to more cars, but those plans were subsequently quashed. 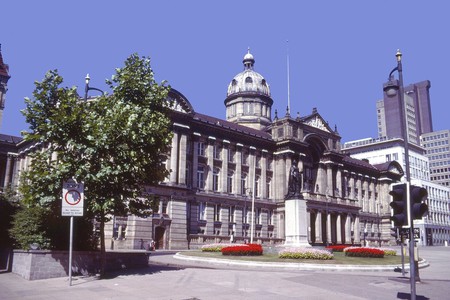 By the 1990s, a completely different set of plans were put in place. In 1992, work began on turning Victoria Square into a fully pedestrianised area with a water fountain (known locally as Floozie in the Jacuzzi) installed. In 1994, Princess Diana opened Victoria Square as we know it today.

The pedestrianisation of Victoria Square transformed central Birmingham and opened up the city centre, with visitors now able to visit the square with ease.

However, redevelopment of the square saw some original features removed, with the only original statue to remain on the square being Thomas Brock’s 1901 Queen Victoria statue, which was later recast in bronze by William Bloye (1951). 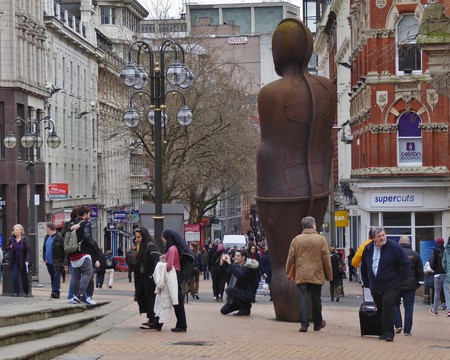 In 1993, Anthony Gormley’s 20-foot (six-metre) Iron:Man statue, a homage to the city’s industrial skills (and probably a slight reference to the Birmingham band Black Sabbath’s song of the same name) was unveiled. Iron:Man was placed into storage in 2017 to allow for the city’s central tram line extension.

Victoria Square’s most prominent installation is Floozie in the Jacuzzi – officially known as The River – completed in 1993. It was a working fountain up until 2013 when irreparable faults caused the water to be switched off. The River also features two prominent Guardian Sphinx on either side of it, and since 2015, it has housed hundreds of flowers and plants. 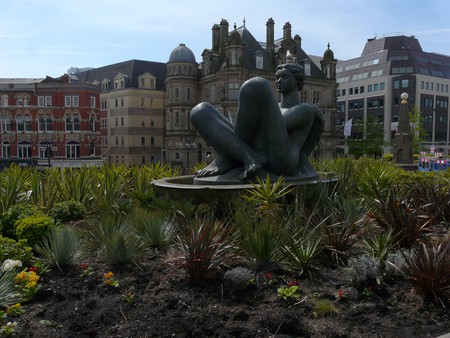 Today, Victoria Square is a bustling connecting area of the city that sees millions of visitors each year flock there. Take the Town Hall, for example, a stunning concert hall and event space, with Birmingham Museum & Art Gallery just opposite welcoming visitors to its vast array of exhibitions and installations.

Victoria Square also holds a number of food-and-drink festivals throughout the summer, with its pièce de résistance taking place in winter – as the largest authentic German Christmas market outside of Germany or Austria takes over the square and its surrounding areas for around six weeks. 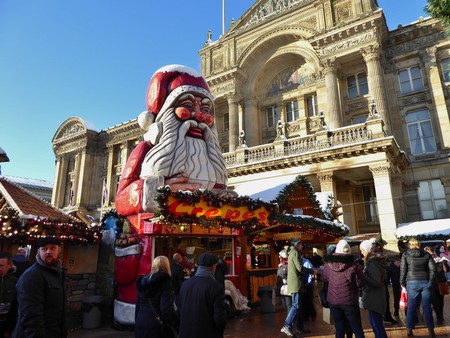