A Brief History of The Beatles 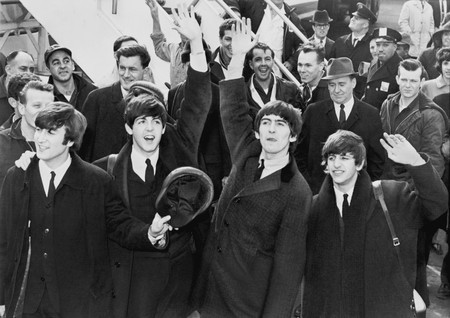 The history behind Liverpool’s most famous sons The Beatles is quite something. From their first encounters, tours of the world and subsequent break-up; read on to delve in to a brief account of the world’s most famous band.

Little did we know that the musical world was about to flip on its head when a 15 year-old Paul McCartney met a 16 year-old John Lennon in 1957. Lennon, in his skiffle band The Quarrymen, invited McCartney to join the group on rhythm guitar, with the band later inviting George Harrison and original bass player Stuart Sutcliffe to join.

Following a string of concerts in Liverpool, The Beatles’ first manager Allan Williams (original owner of local venue The Jacaranda) arranged a residency in Hamburg for the band, which would see original Beatles drummer Pete Best join the band. 1961 saw Sutcliffe leave the band – with McCartney replacing him on bass. Following criticism, Best would be also be replaced by a young Ringo Starr a year later. 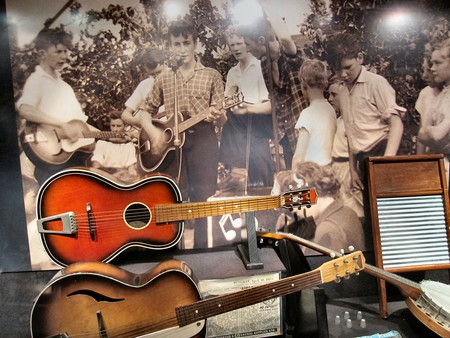 The first photo of The Quarrymen | © Ronald Saunders / Flickr

When The Beatles returned to the UK in 1961 after a number of performances in Hamburg, they were at the fore of the city’s ever-growing Merseybeat scene. Following a run of shows at The Cavern Club, they were spotted by Brian Epstein, who would later go on to become the band’s official manager in 1962. Initially rejected by Decca Records, Epstein would then sign the band to EMI’s Parlophone label and in June initiated their first recording session at Abbey Road Studios.

In October of the same year, The Beatles’ first single ‘Love Me Do’ peaked at Number 17 on the Record Retailer chart. The band would return to Hamburg for their fifth and final residency before returning home with a new look and a promise to be more serious about their music. Serious they were, as they would go on to release 12 studio LPs in an eight year period.

In 1963, a sharp-suited Beatles would record their first LP Please Please Me, a roaring success in the UK, peaking at number 1 in the charts. Extensive European tours followed, with thousands of fans filling the streets outside venues on a nightly occurrence. The reaction to the band was dubbed Beatlemania. 1964 saw the ‘British Invasion’, with The Beatles hitting USA for the first time. The Ed Sullivan Show played host to their first US television performance, which was a landmark for the band and was watched by approximately 73 million viewers in the States.

The Beatles’ rapid success and growing fanbase in America saw them hold the top five places in the Billboard Top 100, which is still a record to this day. Amongst tours, The Beatles found time to record with A Hard Day’s Night and Beatles For Sale released in the second half of 1964.

The Beatles would see continued success in America with the first live music concerts to be held at stadiums, including a show at Shea Stadium to a world record crowd of 55,600 on August 15th 1965. Playing live finally began to take its toll on the band after four years of constant recording, touring and over 1,400 live appearances, with their last performance to the public at Candlestick Park, San Francisco in August 1966.

With no plans for further shows, The Beatles took to the studio with a more experimental approach to their music. From late 1966-1970 The Beatles would go on to record and release a further six studio LPs, starting with Sgt. Pepper’s Lonely Hearts Club Band. Following the death of Brian Epstein, cracks in the group’s unity began to show and recording sessions became difficult with members occasionally quitting and returning.

Tensions continued to become apparent and their final performance was to be on the rooftops of Apple Corps on Savile Row, January 1969. The worldwide number 1 album Abbey Road followed later in the year, just before The Beatles finally broke up in 1970.

Following The Beatles’ break-up, their final studio LP Let It Be was released on May 8th 1970; now regarded a poignant finale for the group which shook the world. 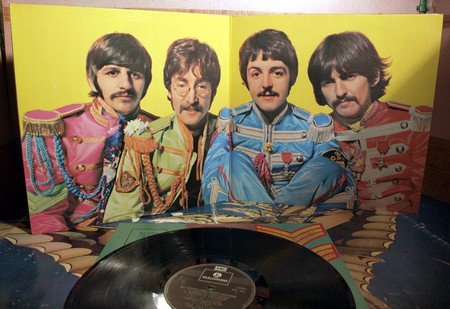