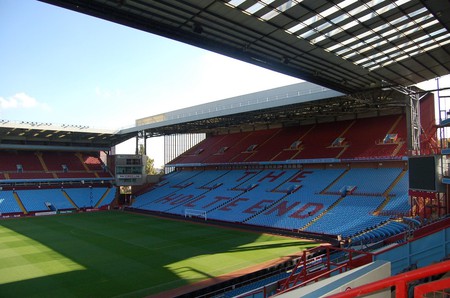 Aston Villa, based in the Birmingham suburb of Aston, is one of England’s most successful football clubs. From its humble beginnings in the late 19th century to the story of how the club won club football’s most coveted prize, the European Cup (now known as the Champions League), here’s a brief history of Aston Villa Football Club.

The early history of Aston Villa

Aston Villa Football Club was founded in March 1874 by the Villa Cross Wesleyan Chapel cricket team after, believe it or not, they decided that they wanted to try a different sport! With a first match planned – against local rugby team Aston Brook St Mary’s – it was agreed that the team would play one half of rugby and one half association rules. Rugby was a little too rough for them, so they decided to form a football team shortly afterwards.

Aston Villa started to call Kennington Oval their home, and in 1887, Villa won their first FA Cup, against local rivals West Bromwich Albion, having already won their very first trophy, the Birmingham Senior Cup (1880). Just one year later in 1888, Villa was one of 12 teams to shape the inaugural football league. The club’s director at the time, William McGregor, was officially the founder.

In 1894, Villa became league champions for the first time, and when they won The Double in 1897, the club moved to Villa Park – the same stadium they occupy to this day. 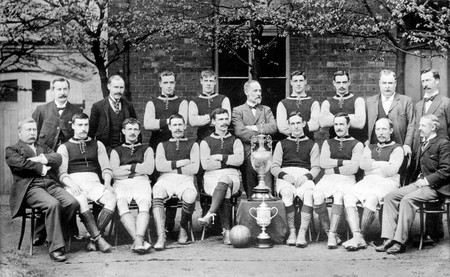 Success and decline of Aston Villa

Aston Villa swiftly became one of the most successful teams in Victorian England, and as the 20th century rolled in, there were no signs of slowing down. By 1905, the club was already on its fourth FA Cup win, as a crowd of over 101,000 packed into Crystal Palace to see their 2–0 win over Newcastle United.

As well as their impressive club success, on an individual level, Villa helped nurture a number of players to receive their first England call-ups in the late 19th and early 20th century. Up until as recent as 2015, Villa had provided more players to the England national team than any other club.

Villa went on to win their sixth FA Cup in 1920, but club performances soon began to falter as the longest spell without domestic success was ahead of them. In 1936, Villa was relegated to the second division.

Despite Villa bouncing back to the First Division in 1938, all clubs lost seven seasons to the Second World War, which meant, for some, that their promising careers were over at no fault of their own.

In May 1944, Villa won the Football League War Cup, marking the start of a serious rebuild at the club. It was a long 37-year wait, but Villa finally won a trophy in 1957 – another FA Cup – in one of their most famous victories of all, against Manchester United’s ‘Busby Babes’.

Villa was rather inconsistent for a solid period of around 30 years post-war as they battled various relegations and poor managerial appointments. The club was relegated to the Third Division for the first time in its history in 1970, but the best was yet to come…

Following a 71-year wait, Villa was once again crowned champions of the First Division in 1981. The good times were back at Villa as not only were they at the top of their domestic game, but players like Tony Morley and Peter Withe also helped Villa to the pinnacle of club football: The European Cup.

Known today as the Champions League, a 1–0 win over Bayern Munich in 1982 saw Villa’s greatest ever achievement. The club is one of only five English clubs to win the cup.

Villa went on to win the European Super Cup in January 1983, beating Barcelona 3–1 on aggregate.

The recent history of Aston Villa

Founding members of the Premier League in 1992, Villa finished runners-up in its first season. The club went on to enjoy relative success in the mid-90s with two league cup wins (1994, 1996) and often achieved UEFA Cup (Europa League) qualification.

It’s fair to say that Villa stagnated in the early 00s, but optimism returned when a US billionaire purchased the club in 2006. Villa regularly battled for a top four position in the league, narrowly missing out and finishing sixth on several occasions.

Villa’s last major domestic success was the two aforementioned league cups. Villa was a Premier League ever-present until the 2015–2016 season when they were relegated to the Championship. The club’s relegation triggered Randy Lerner to sell the club to Chinese businessman Tony Xia in June 2016.