A Brief Cornish Guide To Language 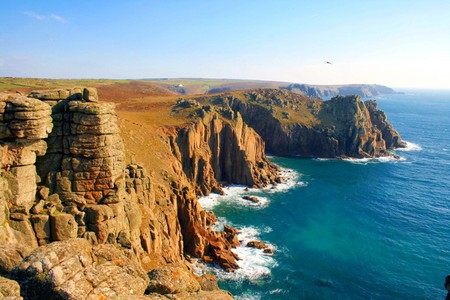 For many Brits, Cornwall is just a far off place at the end of an Anglocentric world, rumored to have beautiful beaches and world-renowned steak pasties; that place you went on holiday that time when you were six and got stung by a jellyfish but can’t really remember it. The Cornish people have a very distinguished way of life – very separate to that of Devon complete with strong local traditions and an extensive cultural history. Although not very widely spoken, they have their own language with its roots in Brittonic Celtic language. They have their own grammar and their own colloquialisms. Not just a great holiday spot, Cornwall is also a sociolinguists’ paradise. 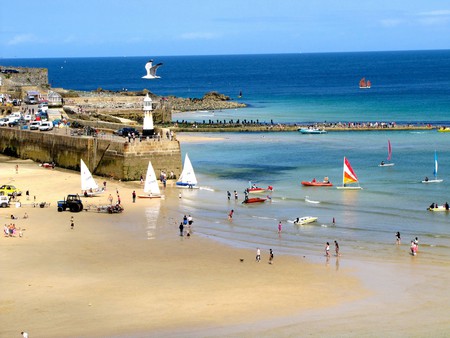 After years of cultural decline, Cornwall is currently undergoing a strong cultural revival, with a number of activist groups setting off to promote Cornish culture and the Cornish language particularly. In the 2011 UK census, approximately 557 people claimed Cornish as their main language. As a recognised minority language of the United Kingdom, along with the revitalisation, it now has a growing number of native speakers. Along with Welsh and Breton, Cornish is descended directly from the Common Brittonic Celtic language spoken throughout much of Britain before it was dominated by English.

Cornish evolved from the Common Brittonic language spoken during the British Iron Age and Roman Period. The westward Anglo-Saxon expansion in 577AD meant that the Britons of the southwest were separated from those in modern-day Wales and Cumbria. The western dialect eventually evolved into modern Welsh and the now extinct Cumbric, along with Bretton – spoken in Brittany – and Cornish. The Cornish language continued to be widely spoken, with the majority of inhabitants only speaking Cornish, until its decline after the 13th century. It was in this period from the 13th century onwards, that the majority of traditional Cornish literature was produced, which was later used to reconstruct the language during its recent revival. 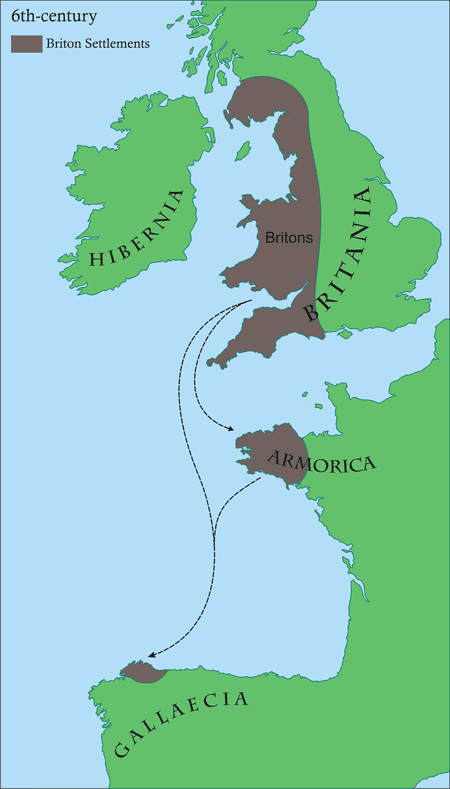 In 1549, Parliament passed the Act of Uniformity, an act aiming to replace worship in Latin with worship in English. At this time, in most areas in Cornwall, people did not speak or understand any English. The act not only banned Latin, but also worked to promote English and administration of the church in English. Between 1550 and 1650, the prominence of the Cornish language greatly declined, as English gently influenced the county. Yet the Cornish very much resented English speakers and often refused to speak it to strangers. During the failed Cornish rebellion of 1497, the rebel’s document stated specifically; ‘We the Cornishmen (whereof certain of us understand no English) utterly refuse this new English [altered spelling].’

The 20th century then saw the concerted revival of the Cornish language. This gained momentum after the Celtic language scholar and Cornish cultural activist Henry Jenner published a book in 1904 called A Handbook of the Cornish Language. A number of Cornish textbooks, works of literature, language guides and children’s books were printed. There has also been an increase in Cornish music produced and a wider number of Cornish independent film projects. A number of organisations have also been set up, such as the Cornish Film Festival. Set up in 2002, this is a charity that specifically runs a platform to screen short independent film projects created and run in Cornwall every year. With regards to language, 20 people in 2000 were recorded as being raised as revived Cornish speakers and a number of schools now teach Cornish. 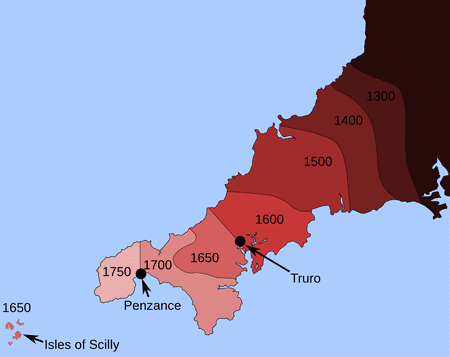 Today, various groups still exist to promote Cornish culture and language particularly. We see public figures such as Kernow King, a comedian, popularising Cornish colloquialisms and phrases. Many Cornish phrases are commonly known and often used by the Cornish population such as ‘Kernow bys vyken!’ which means ‘Cornwall forever!’ But what’s most interesting is the widespread everyday use of grammar and phrases that are distinguished from standard English and influenced by Cornish. A few examples of distinctive grammatical features: 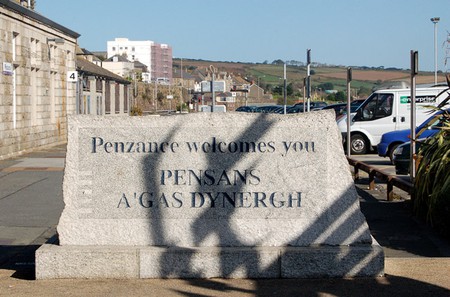 Cornish locals also use a range of colloquial words that have developed directly from the original Cornish language from the Middle Cornish period (1200-1600). Generations continue to use these colloquialisms, particularly with the influence of figures such as Kernow King. For example:

These are the more widespread phrases, used fairly commonly even in the less traditionally Cornish areas. But in the more remote areas, particularly fishing villages, a much wider range of vocabulary is used, either evolving directly from Cornish words or part of the original Cornish language itself. In schools, teachers struggle to teach the national curriculum to children brought up in communities that speak this English dialect. With contradicting grammar rules, the children are often told that their grammar is incorrect. Annemarie van der Heijden, a teacher in a Primary School in Cornwall, explains that she finds herself regularly correcting her year 6 pupil’s grammar, particularly on the misuse of was and were.

Cornish stems from Brettonic Celtic, as does Welsh, similarly to how Scottish and Irish stem from Gaelic. Although not its own country like the others, Cornwall was granted ethnic minority status in 2015 and continues to promote and revive its culture.