A 17-Year-Old Brit Might Be the Next Steven Spielberg 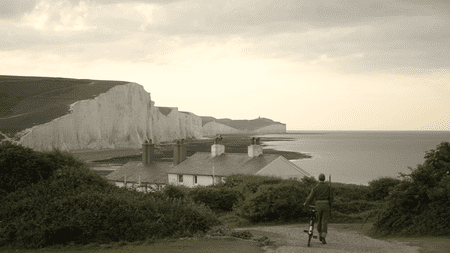 Elliott Hasler recently became the youngest director to have a film screened at the Edinburgh Festival Fringe. The factually based World War II drama Charlie’s Letters, which Hasler also wrote and starred in, shows unusual visual and narrative ambition for the work of a pre-college teen.

A testimony to wartime endurance on two fronts, Elliott Hasler’s Charlie’s Letters depicts World War II from the perspectives of his maternal grandfather and grandmother, Charlie Standing (played by Hasler himself) and Ivy “Tup” Standing (Alice Rogers). Standing was a private in the Royal Hampshire infantry regiment of the British Army when he was captured by the Germans at Sidi Nsir in Tunisia in February 1943. 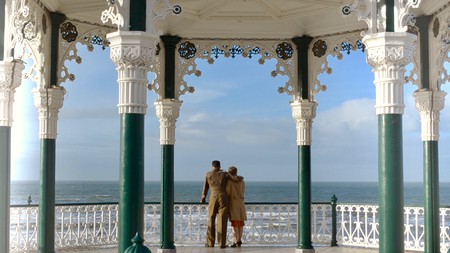 Interned in various Italian prisoner of war camps, Charlie was with a working party when the Italians capitulated and the British soldier was able to escape. Charlie then made his way slowly toward Rome. The spine of Hasler’s film is Standing’s episodic journey across bleak terrain and his sojourns with friendly Italian locals, including a wordless peasant hunter.

His encounter with a grief-stricken resistance fighter is strongly reminiscent of the visit Hugh Glass, played by Leonardo DiCaprio, had with a Pawnee Indian refugee in Alejandro González Iñárritu’s The Revenant. Similarly, Charlie’s chancing on a ruined Roman amphitheatre recalls DiCaprio’s glimpse of an abandoned romanesque church in the American wilderness. (Iñárritu himself drew on Andrei Tarkovsky’s Andrei Rublev.) 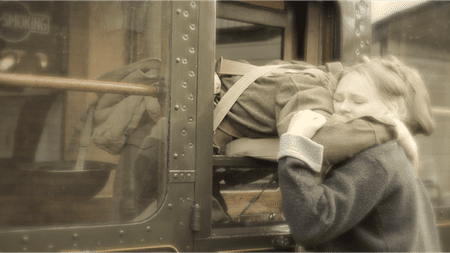 During the months in which Charlie is struggling to evade the Germans his wife, Tup (all alone but for her and Charlie’s young son) keeps vigil at home in Brighton, on the Sussex coast. Yet the letters that she had once regularly received from her husband have suddenly ceased. Tup initially fends off the Canadian soldier who pursues her, but eventually attends a dance and goes to the movies with him. Tup’s father berates her for being tempted, but Hasler shows maturity in not allowing the movie to pass judgement on her.

With a budget of £3,000, Hasler has pulled off a miracle, given the film’s girth and the richness of narrative on the home front, in North Africa, and in Italy. The last of the three significant combat scenes, during which Charlie has to blast his way out of trouble, has the brevity and brutality of a Samuel Fuller firefight. 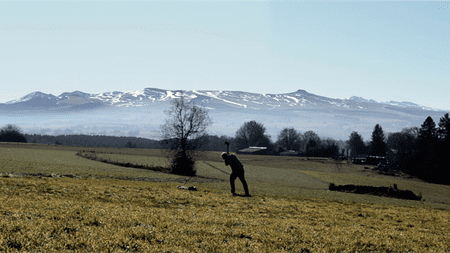 The scrappier elements of the rescue mission in Steven Spielberg‘s Saving Private Ryan have been well observed by Hasler, while the plummy-voiced officer Charlie serves under in North Africa suggests he is a fan of Alec Guinness in David Lean’s Bridge on the River Kwai. The young filmmaker has cited Lean, Spielberg, and Clint Eastwood as influences.

Given the constraints, the three-year production (which was fitted around school), and Hasler’s youth, it’s unsurprising that Charlie’s Letters has its flaws. The script, especially in the first half, is meandering and riddled with clichés.

Most scripts set up a protagonist’s “want”, which is gradually replaced by his or her overarching “need”. Around the half hour, it becomes clear that Charlie’s need is to get home in one piece. The mission he embarks on with the senior officer and a handful of other soldiers might have provided a stronger “want.” As a fan of Lean and Spielberg, Hasler needs to study classic three-act structure until it is ingrained. Then he can mess with it if he wants.

The film also has too many punctuating atmospheric shots and darkly lit interior shots. The original score is heavy handed. Some of the acting is ropey (Hasler’s not least) and the pacing is arrhythmic. The expecting convergence at the end never occurs—a bizarre omission.

Yet what a phenomenal achievement Charlie’s Letters is for a schoolboy director! Aside from Hasler’s ambition, the most exciting aspect of his film is his ability to tell a story visually without over-reliance on talk. Five years from now, he could be a world-beater.