8 Regional Foods You Have to Try in England 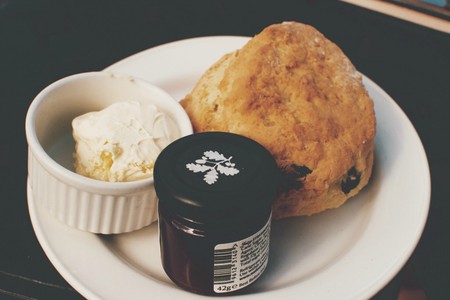 Don’t be fooled into thinking that English food is all about oversized breakfasts and fish and chips wrapped in newspaper. There are plenty of regional delicacies that have been attracting tourists and delighting locals for hundreds of years. Here are some of the very best regional foods that you must try if you’re in the area.

Welsh cakes, traditionally known as bakestones, have been a delicacy in Wales since the late 19th century. The recipe essentially adds sugar, fat and dried fruit to an older recipe for flatbread to create easy-to-bake cakes that are made on a cast-iron griddle. They’re quite similar to scones but flatter and with a different consistency. They are usually served as is with no other toppings. Most bakeries in Wales will each sell a unique variation of Welsh cakes, and you can choose to eat them hot or cold. 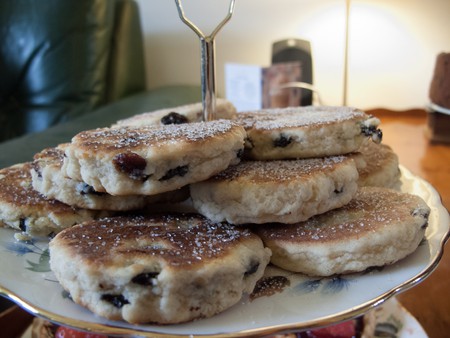 Unlike any gingerbread you have tasted before, Grasmere gingerbread has been made in the same small building in the Lake District since 1854. Invented by cook Sarah Nelson, the recipe is a closely guarded secret that has been passed down through her family. Today, it attracts long lines of tourists queuing up each day to taste the iconic delicacy that is something in the middle of a biscuit and a cake.

You can enjoy a traditional cream tea anywhere in England, but if you want to try something truly special, seek out a Devonshire café serving a classic Devon Cream Tea. For those who haven’t encountered this before, a cream tea is basically a pot of English breakfast tea and a freshly baked scone served with strawberry jam and clotted cream. Confusingly, the only apparent difference between a Devonshire Cream Tea and a Cornish Cream Tea is the order in which you apply the jam and clotted cream to each half of the scone (in Devon, clotted cream is added first). 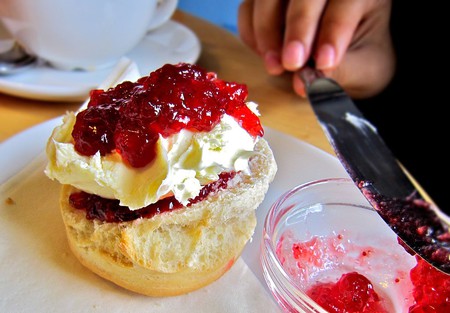 Kendal mint cake has long been popular with walkers and climbers as a source of energy, thanks to it being used on famous expeditions for sustenance. The invention of the cake was apparently an accident when Joseph Wiper left his solution of glacier mints overnight, and it solidified to create a ‘mint cake’. Nowadays, two companies create Kendal mint cake, Romney’s and Quiggin’s, and the traditional base of sugar, glucose, water and peppermint oil is often covered in chocolate.

You can’t visit Yorkshire without eating a traditional English roast dinner served with a delicious Yorkshire pudding! The recipe may sound unsavoury (a pudding made from egg, flour and milk to be served with meat, vegetables and gravy), but it is an integral part of a classic Sunday roast – especially when your dinner turns up inside a gigantic Yorkshire pud. The savoury puddings were invented back in 1737 as a way of utilising cheap ingredients to make expensive meat stretch further or even to be eaten on their own drenched in gravy. 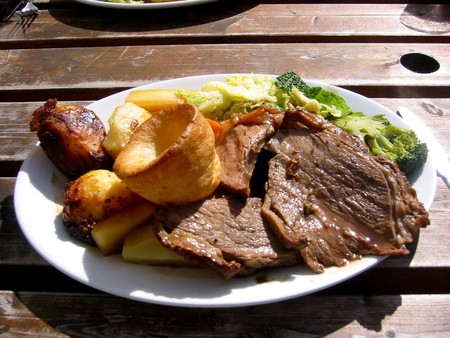 Accidentally invented in the Peak District town of Bakewell in the 1860s, Bakewell Pudding is a traditional dessert consisting of a pastry base filled with strawberry jam and topped with egg and almond paste. The treat came to be when a cook accidentally spread an egg mixture on top of the jam while making a tart, and the result was an unexpected hit. A local woman named Mrs Wilson purchased the recipe from the cook and set up a business selling the puddings from her home, which is now known as the Old Original Bakewell Pudding Shop.

There are many imitations all around the world, but cheese can only be called Stilton if it is produced in Derbyshire, Nottinghamshire or Leicestershire and made using very specific ingredients and manufacturing techniques. It’s known as ‘Britain’s favourite blue cheese’, thanks to its delicious yet pungent flavour, and is best served with dry crackers or spread on bread. While food historians don’t know a lot about the history of Stilton cheese, a recipe was included in a book published in 1726; it stated that the cheese was made in Stilton. However, Stilton is based in Cambridgeshire, and it is now forbidden to name any cheese made there as ‘Stilton’! 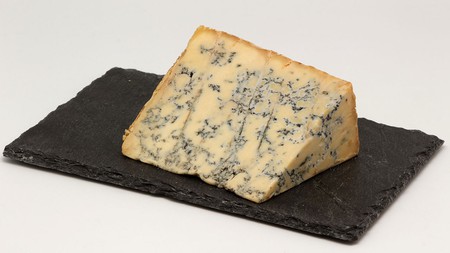 Cornish pasties are widely renowned as the national dish of Cornwall, having been a local delicacy since the 1860s. They’re a popular snack or light meal, thanks to their ease of eating; they are essentially an entire meal of meat, potatoes and vegetables encased within an easy-to-grip pastry shell. Like Stilton cheese, Cornish pasties are protected by the Protected Geographical Indication and subject to certain rules – they must be shaped like a ‘D’, crimped on one side, contain specific ingredients and be prepared in Cornwall. 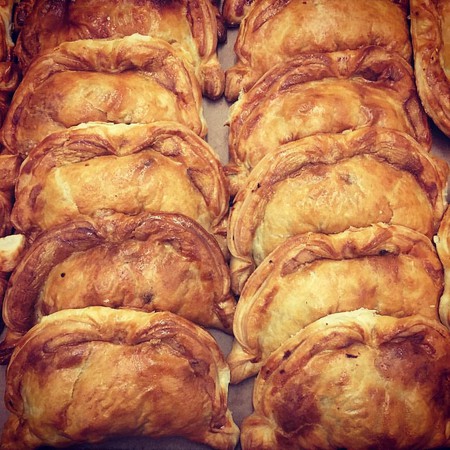