7 Reasons to Visit the Isles of Scilly 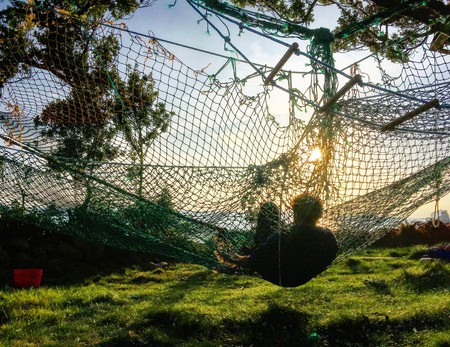 Floating just 28 miles off the coast of Cornwall lies a tropical archipelago of over 100 islands with turquoise seas, wild moorland and homely hospitality. These little islands feel a world away from the UK, but are just a hop, skip and a jump across the sea. Here’s why you need to go to the Scillies.

The Isles of Scilly are both the southernmost and most westerly points in England, which should tell you a thing or two about their isolation. Just five of the islands are inhabited with only 2,000 people, so interactions with humans can be few and far between. When arriving on St Mary’s, it can feel as though the whole world and his dog have embarked on the same mission of solitude, but fear not, even in the height of summer you can walk for hours without seeing another soul.

Standing at the edge of the world on Bryher, Isles of Scilly | © Lauren Williams/The Enjoyable Rut

This sub-tropical garden on the island of Tresco has to be Scilly’s most famous and maybe only attraction. The garden is home to over 20,000 plant species which have come from all matters of climates and countries; you’ll find giant bamboo, swaying palms, bright succulents and Lobster Claw flowers all the way from Burma to Brazil. The Scilly climate is perfect for exotic plants to thrive in and as such the gardens have been dubbed as ‘Kew with the roof off’. Don’t miss the Valhalla exhibition near the exit. 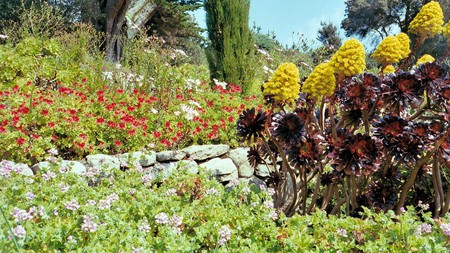 One of the greatest campsites in the world

Bryher Campsite is nestled in a U-bend of evergreen fields on the Scilly’s smallest inhabited island of Bryher. All pitches offer views of the sea, of the sunsets and sunrises, of crumbling castles and of the Tresco Channel. You can hear the lighthouse sounding its horn when the fog comes in and wander to the local corner shop to buy your supplies. It’s a small, local and gorgeous site with no frills (but excellent showers) and the friendliest owners on the planet.

You are never more than a short walk away from a beautiful beach when on Scilly. Here the seas look more Caribbean than they do Cornish and the sand more tropical than English. Some of the best beaches are often found on the quieter islands, such as Great Bay on St Martin’s, so don’t be scared to find your own little slice of paradise!

And to my left….the height of summer, empty beach and blazing sun – the boy is in heaven playing and I haven't had to move a muscle – bliss #stmartinsislesofscilly #scillymagic #thisisyourkingdom #greatbaystmartins @finlay_fox this is the beach to go to if you venture off heavenly Tresco x

Naturally, seafood on Scilly is excellent and because of this, Scillonians have a real passion for tasty grub. Freshly caught lobster and crab can be found on most menus, local ice cream is made by hand, pizzas are woodfired with love, fish and chips are a weekly event and tender islander beef is a delicacy all by itself. Fish is often bought straight from the fishermen in the mornings, meaning that menus can change daily depending on what’s available.

For such a small area of land, it’s surprising to know that the Isles of Scilly have the densest concentration of historical sites anywhere in Britain. There are shipwrecks, castle ruins, deserted villages and burial chambers all to be explored on all of the islands – just ask someone to point you in the right direction. 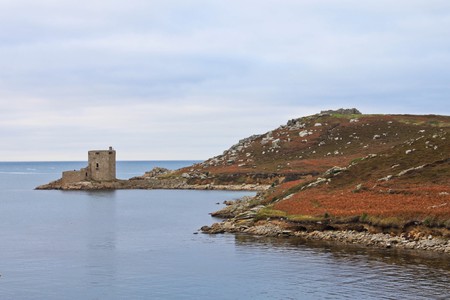 Scilly is a must-visit place for nature lovers. The islands are home to a unique range of flora and fauna and from puffins to dolphins and sharks to porpoises, just travelling between islands can reward you with sightings. If snorkelling is your thing then head to St Martin’s where you can swim with a colony of Atlantic Grey Seals, as these beasts are the reason that the Scillies are a Designated Area of Conservation.

A post shared by Scilly Seal Snorkelling (@scillysealsnorkelling) on Sep 12, 2017 at 9:52am PDT