It takes a lot of money, passion, and dedication to put together a truly impressive art collection. Given that, it’s not something that just anybody can do. Celebrities, of course, are not just anybody, and some of them have put a lot into the art that they love in addition to the work that they do. Here are seven celebrities with the best art collections. 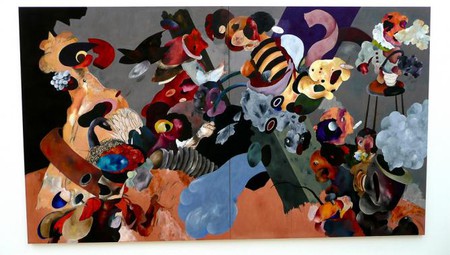 Kanye is just one of those guys who never ceases to surprise you. He has conquered the world of music with a diverse and at times revolutionary set of albums, he’s done plenty of work in the fashion world, but on top of that he’s also an art collector. He actually studied painting on his way to becoming a college dropout, and many of his albums are decked out in covers by artists like Takashi Murakami and George Condo. Like with music, one of Kanye’s great strengths in art lies in his ability to choose worthy collaborators – so when he delves into the world of art videos to showcase his musical talents, he often does so with some of the best art film directors.

Speaking of Kanye’s collaborators, Jay Z is more than just that – the two of them share a great love of art. It is perhaps no surprise that a rapper who once said ‘I just want a Picasso in my casa, no, my castle’ in his song Picasso Baby would amass an impressive art collection once he had the means to do so. He and Beyoncé have put together a collection that is reportedly worth millions. They also have a very broad range in their tastes, which include modern favorites and more classic artists—although we can be sure that even if he raps about it, he isn’t actually ‘sleeping every night next to the Mona Lisa’.

The son of wealthy Iraqi Jews who escaped to London in 1947, Charles Saatchi had a privileged childhood that allowed him to develop a love of art even when he was young. He began his art collection with the purchase of a minimalist painting at age 26, and since then he’s put together enough art to start his own museum – literally. He opened the Saatchi Gallery in 1985, which has since then been instrumental in showcasing some of the finest young artists in Britain. In 2010, he gifted the gallery and more than 200 paintings to the public, which goes along with his chosen charity – supporting the Young British Artists group. 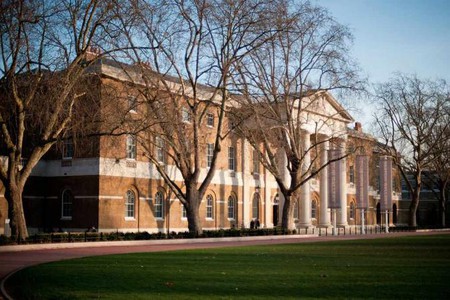 She has an album called Art Pop, so you probably expected Lady Gaga to end up on this list. She’s not one for traditional art, but it is definitely one of her great passions, along with music and philanthropy. Her collection includes works by Leigh Bowery and Francesco Vezzoli, among others, and she’s a supporter of the Watermill Center, an artists’ colony in the Hamptons. She has been known to attend their benefits, which include avant garde art like body painting and performance art – which is something that might also describe much of what Lady Gaga does herself.

When Brad Pitt and Angelina Jolie secretly got married in 2014 after many years and many children together, their friends knew to buy them works of art as wedding gifts. Their chateau in Southern France is quickly turning into a sort of private gallery. Part of this is specifically thanks to Dom Pattinson, a British urban artist who is a good friend of Brad Pitt. He helped them to design the interior and also gave them a number of original paintings, which are reminiscent of Banksy’s style. Perhaps it makes sense that one of the world’s most beautiful couples would want to make their own personal world even more beautiful. 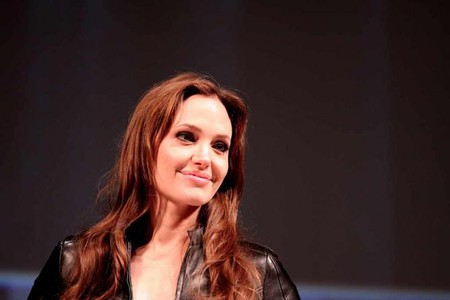 Within the art world, Madonna is almost as well known for being a collector as she is for her music. Her collection is worth about $100 million and includes artists as well known as Frida Kahlo, Pablo Picasso, Salvador Dali, and Damien Hirst (whose career, incidentally, Charles Saatchi helped launch). This collection has acted as quite the investment, increasing her net worth quite significantly. While she hasn’t always been unselfish with her art – she refused to lend her Frida Kahlo work to a museum that wanted to display it – she has in the past sold paintings and then donated the proceeds to various charities.

While he may be most famous as a basketball player, Grant Hill has also dedicated a lot of time and energy to building up one of the most impressive collections of African American art in the world. As this is a great passion of his, he does his best to share it. He recently took it on a tour of seven cities, including a stop at the Nasher Museum at Duke University, his alma mater and the university where he won two national championships. His collection includes works by Romare Bearden and Elizabeth Catlett, and Hill also created a scholarship along with the exhibition to fund students who were interested in pursuing artistic degrees.