Amazing Houseplants From Around the World 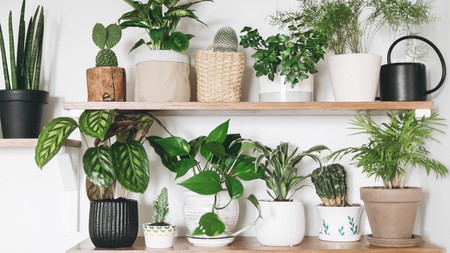 House plants not only add a splash of green to our homes, they also have many amazing health benefits | © Bogdan Kurylo / Alamy

Whether you’re a new green-fingered fanatic or a seasoned indoor gardener, you’ll be impressed by the benefits of the popular houseplants that are brightening up our homes.

From the candy-coloured leaves of the Amazonian rex begonia to the spiky vines of the lifesaver from Africa, these leafy companions are a wonderful way to spruce up your space. But they’re so much more than just ornaments; here are interesting facts about seven incredible houseplants from all around the world.

The art of bonsai originated in China over 2,000 years ago. It was later adapted by the Japanese during the Kamakura period, where it became its own distinct form of horticultural art. These miniature trees not only look the part perched on our windowsills, they are fairly low maintenance and there are several health benefits to sharing your living space with one. Caring for these little pieces of landscape has been proven to lower overall stress levels and emit a sense of serenity. They’re also very well known for being great air filters and purifiers. 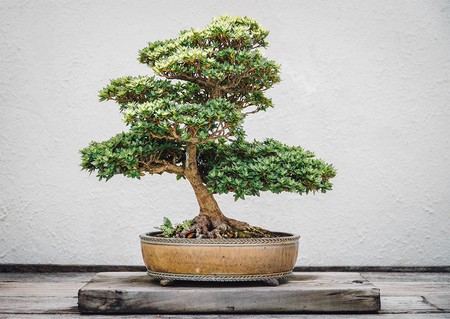 The practise of growing and keeping bonsai trees has been present in Japan for over 2,000 years | © Cory Voecks / EyeEm / Getty Images

Commonly found spread across tropical West Africa, the snake plant, otherwise known as the mother-in-law’s tongue, is a popular choice of house plant for many. In 1987 NASA undertook a study to find out which plants are the best at cleaning the air around you, and the snake plant scored particularly high. They have been proven to remove dangerous toxins such as xylene, benzene and formaldehyde from the air, and are great at absorbing CO2 and producing oxygen. They’re also adaptable to a wide range of climates which make them super easy to look after. 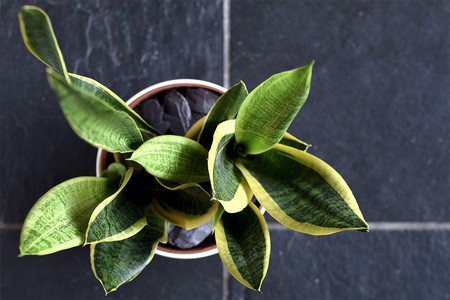 The prayer plant is one of the top choices of house plants in the Western world today. Its colourful leaves make it one to remember and its name comes from its nightly ritual of folding its leaves into a prayer position. It was first found in the tropical rainforests of Brazil, throughout the West Indies, and scattered across Central and South America. Prayer Plants have also been used by doctors for their medicinal benefits, as an antioxidant and for anti-inflammatory purposes. 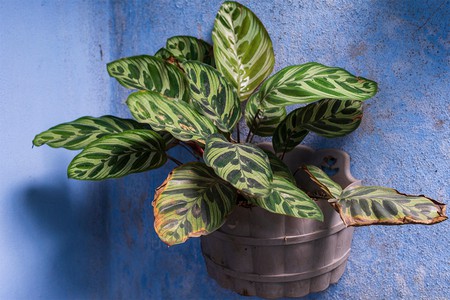 First discovered in the Colombian jungle in the 19th century, the peace lily, otherwise known as a white sail plant or Spathiphyllum, is now a resident of many households around the world. The pretty white flowers sitting between darker leaves make this plant particularly pleasing on the eye. There are more than 40 different species, which will grow in pretty much any light, and they’re cheap to buy. Peace Lilies are also one of the easier plants to keep, they don’t require much attention and are prized for their ease of growth no matter their surroundings. They’re also a great addition if you’re looking for plants to purify the air around you, peace lilies have been noted to filter out five harmful toxins. 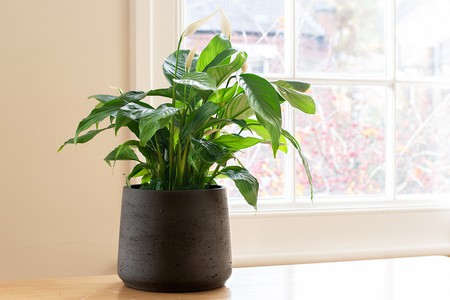 The white flowers on peace lilies are a symbol of the white flag, known worldwide as a signal of ceasefire | © Grumpy Cow Studios / Getty Images

The Monstera deliciosa is native to the tropical forests of South Mexico and Columbia. It has distinctive heart-shaped leaves with holes, which function to let the harsh elements of the tropical rainforest pass through. Their interesting design also makes them a popular choice of house plant for many. Monstera deliciosas are also capable of producing fruit that supposedly tastes like a combination of mango, pineapple and banana, which is how it got its nickname “the fruit salad plant”. In its places of origin the roots can be used to make rope, as well as being used to treat arthritis and snake bites. 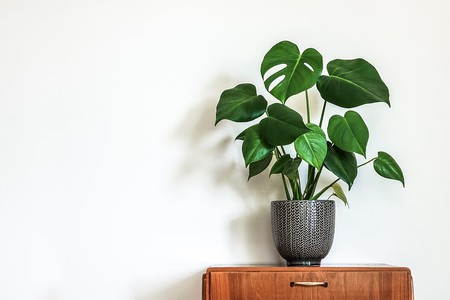 It’s difficult to pinpoint exactly where Aloe vera first originated, but nowadays there are over 500 species of Aloes spread across the Middle East, Africa and islands in the Indian Ocean. Aloe vera has long been known as a miracle plant due to its medicinal uses and healing properties, and can be spotted on many household windowsills these days. You just have to pop to your local health shop and you’ll find a whole range of products with Aloe vera, from hand cream to pills for boosting the immune system; the benefits of this plant are endless. This sun-loving succulent also clears the air of harmful toxins benzene and formaldehyde, making it another one to add to your list of air-filtering super plants. 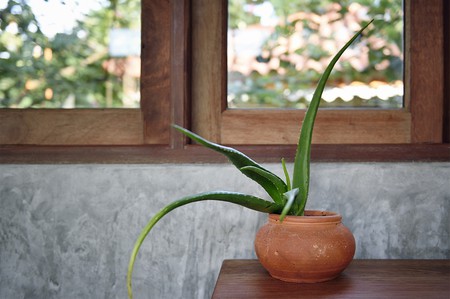 Aloe vera is an all-rounder; it’s used in food and beverages as well as for health purposes | © Carlina Teteris / Alamy

The hardy spider plant from South Africa is another top pick for house plant enthusiasts. Its hardiness and ability to self propagate makes this one an obvious choice for first-time plant parents. They retain plenty of moisture in their thick roots, meaning it wouldn’t be the end of the world if you forgot to water your spider plant for an extended period of time. They are also known for their ability to strip the air of toxins and chemical vapours, making them one of the easiest air-purifying plants to have in your home. 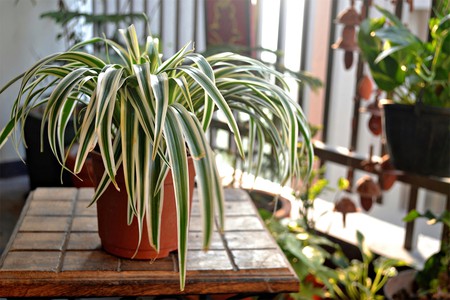